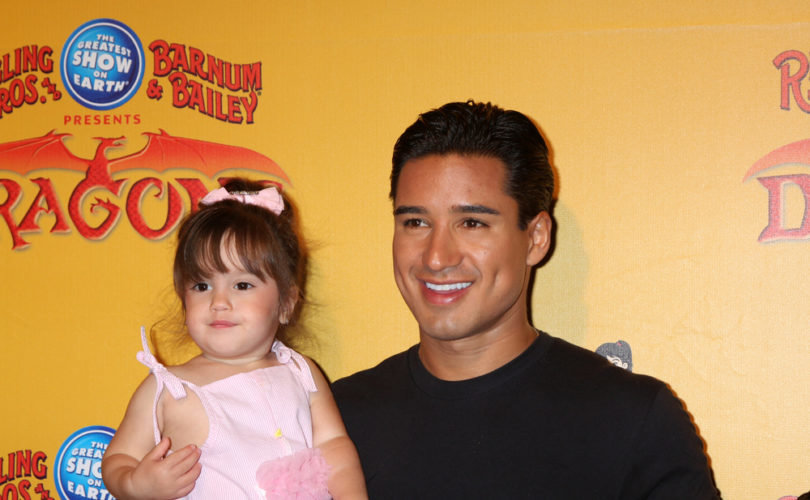 Mario Lopez and his daughter in 2012Helga Esteb / Shutterstock.com

Former teen heartthrob Mario Lopez, who skyrocketed to fame in the late '80s and 1990s playing A.C. Slater in Saved by the Bell, has revealed he is a post-abortive father.

In his newly published memoirs Just Between Us, Lopez comes clean about his hypersexual behavior, which began in childhood and cost him a child and a marriage.

Sex became his “drug of choice” early in his life, he wrote.

“I started having sex so young. The day before my 13th birthday” – something he sees as totally warped “now that I'm a dad.” He blames his early sexualization on growing up in a tough area in Southern California. “When you're growing up in the hood, everybody grows up fast.”

Lopez says when he was 15, he impregnated a girl and was ready to work full-time to support his child, but she had an abortion.

He hit stardom as part of the tween series Saved by the Bell and went on to star in numerous television shows and movies – including performing nude scenes and in drag in the series Nip/Tuck.

His sexual antics assured that Lopez's first marriage ended nearly before it began. He married Ali Landry, a former Miss USA, in 2004, but Landry had the marriage annulled within two weeks after photographs emerged of Lopez cheating on her at his bachelor party. He has since married and had two children, Gia Francesa and Dominic.

Both of Lopez's marriages took place in the Roman Catholic Church.

He has branched out into television interviews, scoring a well-received interview with future President Barack Obama just six days before the 2008 election for Extra TV. “Senator, many voters in the Latino community have conservative values. Why should we vote for you?” he asked.

Sarah Palin told him in a later interview that she believed being a grandmother might change Hillary Clinton's views on abortion.

Lopez told Newsweek he goes to church “every week” but says he is working when the confessional is open.

“I confess every night in my head,” he said, “because if I waited all week, it’d be too much. God would be overwhelmed.”

‘God is calling men to rise up’: How a post-abortive dad is helping save thousands from abortion