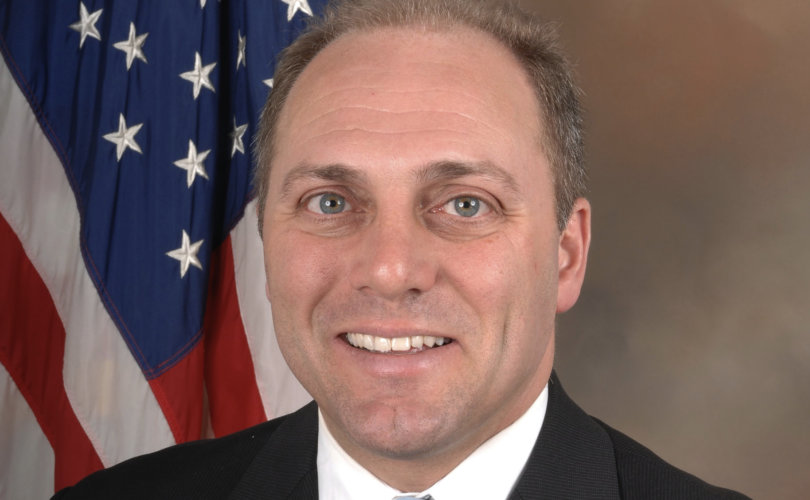 July 10, 2020 (LifeSiteNews) – House Minority Whip Steve Scalise (R-Louisiana) issued a scathing critique of New York Democrat Gov. Andrew Cuomo on Thursday for his handling of the COVID-19 crisis, particularly his fatal decision to force nursing homes in the state to take in COVID-19 patients regardless of the danger to their elderly residents.

As of July 10, the United States is estimated to have seen more than 3.2 million COVID-19 cases, with more than 136,000 deaths and 1.4 million recoveries. An estimated 40 percent of those deaths have come from nursing homes. New York has been the hardest-hit state, with 32,343 deaths.

For months, the pro-abortion Cuomo has been under fire for ordering that nursing homes cannot turn away patients diagnosed with COVID-19, despite the fact the virus is most dangerous to the elderly. On Thursday, Scalise sent Cuomo a letter regarding his failure to respond to the House Select Subcommittee on the Coronavirus Crisis’s inquiry on the subject.

“Instead, the closest thing that members of this committee and your state’s congressional delegation have received is the publicly available report that the New York State Department of Health (NYSDOH) released Monday,” Scalise wrote, faulting that “hardly independent” report for “flawed methodology” and for “cast(ing) aspersions on heroic frontline nursing home workers in the process.”

“The report claims that your readmission order did not increase nursing home deaths because a large number of infected patients were sent back to affected facilities after the mortality at those facilities peaked in April,” the letter continued. “But this claim ignores the simple reality that just a single coronavirus infected patient can infect several others when placed in close quarters among a high-risk population or, as you famously put it, like ‘fire through dry grass.’”

The NYSDOH report also claimed that “most patients readmitted to nursing homes were likely not infectious,” but, according to Scalise, “does not make it clear what evidence — if any — exists to back up that claim, and your order prohibited nursing homes from even testing readmitted patients.”

“For clarity, your advisory mandated nursing homes accept known COVID-19 positive patients and, further, mandated that nursing homes were prohibited from testing patients for COVID-19 prior to admission,” Scalise stressed. “A day later, the Society for Post-Acute and Long-Term Care Medicine issued a statement calling the order ‘unsafe’ and warning that ‘(u)nsafe transfers will increase the risk of transmission in post-acute and long-term care facilities which will ultimately only serve to increase the return flow back to hospitals, overwhelming capacity, endangering more healthcare personnel, and escalating the death rate.’ But despite these warnings, you ignored the scientific guidance, forcing nursing homes to comply and, as one recent congressional witness explained, nursing home administrators complied out of fear of losing their livelihoods.”

Cuomo initially blamed nursing home deaths on the Trump administration, by claiming that a federal Centers for Disease Control (CDC) guidance “said a nursing home cannot discriminate against a COVID patient.” But Rep. Elise Stefanik (R-New York) explained that the CDC actually called for elderly housing decisions to be made on a case-by-case basis, factoring in the “ability of the accepting facility to meet the recommended infection control practices,” such as the “ability to place residents in a designated COVID-19 care unit that is equipped with the resources and PPE to safely prevent the spread of infections.”

Writing in Newsweek, Jonathan Tobin added that Cuomo is the one who initially refused to change course. “While Cuomo conceded at one point that he ‘wouldn't put (his) mother in a nursing home right now,’ he was at the same time backing up his administration's decision,” he wrote. “It took six weeks after the state issued its order for New York to finally back down and reverse the ruling. In the meantime, hundreds, perhaps thousands, of lives were lost.”