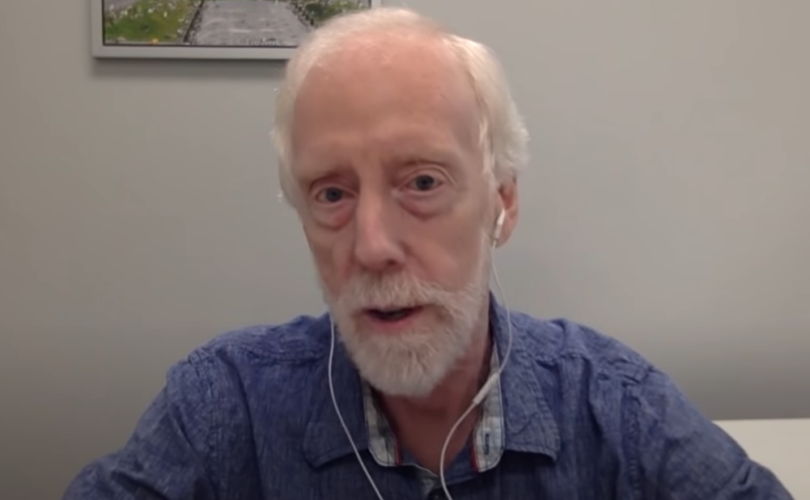 Tom Harris, Executive Director of the International Climate Science Coalition, an organization that seeks to promote a better understanding of climate science, told Ingraham that contrary to the mainstream position, there is not an impending climate crisis.

“I was originally an aerospace engineer,” Harris began, “and I would give speeches, and I wrote articles. I wrote one in the Ottawa Citizen about comparative climatology, how studying the planets helps us understand the earth better. And I used the example of the runaway greenhouse effect on Venus. I said ‘This could happen on the earth, if we don’t reduce carbon dioxide!’”

“A local professor at Carleton University, a professor of geology, he liked my article so much he used it in his course on climate change,” Harris continued. “But he said to the students, ‘But that part about Venus is wrong. What happened on Venus cannot physically happen on earth,’ and he explained why.”

Harris claimed that the professor took him to his lab and showed him his findings, as well as those of other scientists, recounting “At times, [carbon dioxide] was 1300% of today, and we were stuck in very cold conditions. So it was all over the board. So I started wondering, ‘Well, maybe he’s right.’”

Harris also stated that the professor introduced him to people that showed him that thousands of scientists who disagree with the so-called “climate consensus,” shattering the proposition that most scientists believe in global warming.

Harris then brought out a book that dismantles the claims of thousands of articles about the climate crisis, showing that “there is no foundation” to the proposition.

“Here’s a book actually that illustrates that, it’s called Climate Change Reconsidered, and this is on climatechangereconsidered.org,” Harris said. “There are thousands of references here which talk about the fact that there is no foundation to the climate scam. It’s all based on models that don’t work.”

When asked by Ingraham if the science around climate and climate change was “settled science,” Harris answered in the negative.

“No,” Harris said. “In fact, it’s a very immature science. In fact, we don’t even know whether its going to warm or cool in the future. Various people who study the sun … they show that we’re headed into a great solar minimum around 2060, and that we’ll see gradual cooling over the next few decades.”

“So the bottom line is, we have no clue what’s going to really happen, so the only sensible approach is to get ready for it, to make our infrastructure harder, to use solid, dependable sources of energy like coal … and not to turn off our solid, reliable energy sources for flimsy wind and solar power,” Harris concluded.

In the WEF report, titled ‘My Carbon’: An approach for inclusive and sustainable cities, the authors suggested that implementing systems to track and restrict personal carbon usage has had “limited success due to a lack of social acceptance, political resistance, and a lack of awareness and fair mechanism for tracking ‘My Carbon’ emissions,” but that the response to the COVID lockdowns created an environment in which that “lack of social acceptance and political resistance” may be overcome.

“A huge number of unimaginable restrictions for public health were adopted by billions of citizens across the world,” the report stated. “There were numerous examples globally of maintaining social distancing, wearing masks, mass vaccinations and acceptance of contact-tracing applications for public health, which demonstrated the core of individual social responsibility.”

Speaking to LifeSiteNews last month, Marc Morano, author of  The Great Reset: Global Elites and the Permanent Lockdown, warned that  lockdowns, restrictions, and even planned economic collapse are all part of the “climate” agenda.

“The COVID lockdowns were literally a version of what they’ve called for for decades in the climate movement,” Morano said. “I attend every United Nations climate summit, and I’m going to the one in Egypt this year…and what these summits call for…is the ‘degrowth movement,’ or ‘planned recessions’ … to fight global warming. And what that means is the government imposes slower economic growth or forces a recession to lower emissions.”

The WEF has long advocated for a “hard shift” away from conventional fuels in favor of green energy, as part of its “Great Reset” agenda, which would obliterate the fossil fuel industry, destroy reliable access to electricity, implement a “universal basic income,” and replace traditional energy industry jobs with guaranteed government positions protected by unions, LifeSiteNews previously reported.

Over the summer, the WEF argued that pushing forward an “clean energy transition,” partly by hiking up already record-breaking gas prices, would be necessary for both saving democracy and staving off a so-called environmental catastrophe.

Harris is not the only scientist that has come out against the climate agenda. Last year, Pat Moore, founder and former president of Greenpeace, published a book called Fake Invisible Catastrophes and Threats of Doom, in which he argued against climate alarmism, claiming that global warming is not a threat to the planet, going as far as positing that the earth is currently experiencing an ice age.