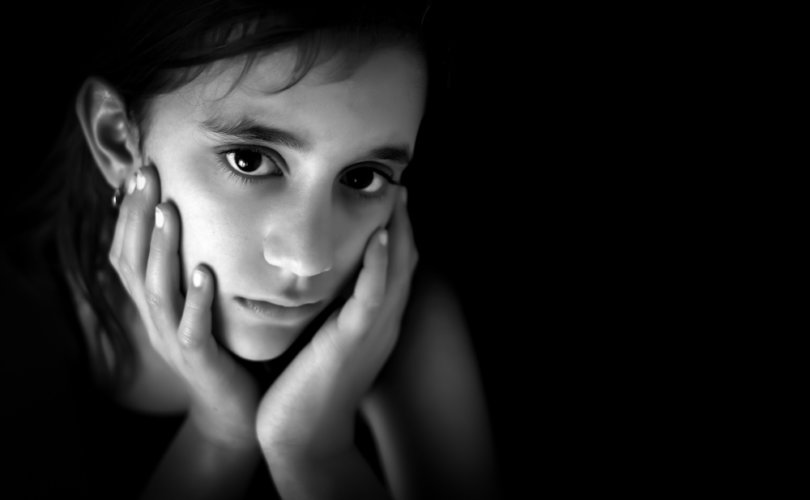 LONDON, England, October 18, 2018 (LifeSiteNews) – Scholars who study transgenderism in the United Kingdom are being harassed by trans activists who try to squelch their research and sometimes even try to get them fired.

In a letter published Tuesday in The Guardian newspaper, the 54 academics begged their government to “take the lead in protecting any such research from ideologically-driven attack.”

“Members of our group have experienced campus protests, calls for dismissal in the press, harassment, foiled plots to bring about dismissal, no-platforming, and attempts to censor academic research and publications,” the scholars stated. “Such attacks are out of line with the ordinary reception of critical ideas in the academy, where it is normally accepted that disagreement is reasonable and even productive.”

Trans advocacy groups on many university campuses provide training to academics and management and often use completely unreasonable definitions of just what is to be considered “transphobic,” the academics maintained.

“(These definitions of transphobia) would not withstand academic analysis, and yet their effect is to curtail academic freedom and facilitate the censoring of academic work,” the scholars stated. “We also worry about the effect of such definitions on the success rates of journal submissions and research grant applications from governmental bodies such as the (Arts and Humanities Research Council) and (Economic and Social Research Council).”

The scholars' statement comes as the United Kingdom wraps up its consultative process on proposed changes to its 2004 Gender Recognition Act on Friday. That bit of legislation allows transgendered people to legally change their gender but has come under fire from trans activists who maintain the process is “grueling and intrusive.”

“Many of the trans respondents to our LGBT survey said they found the current system intrusive, costly, humiliating and administratively burdensome,” states the government's consultative document.

Under the current law, Brits who want to legally change their gender identity have to provide two medical reports, one showing a diagnosis of gender dysphoria and the other outlining details of any treatment they received, and provide documentation to prove they have lived as the gender of their choice for at least two years. Transgendered Brits also have to sign a declaration that they intend to live with the new gender identity for the rest of their lives and pay a fee.

Trans activists want the process to be quicker and easier. But many Brits disagree. Several of the scholars who worry about their academic freedom are among those with concerns over changes to the law allowing people to more easily change their official gender.

“This week, following an opportunity offered to us by Baroness Nicholson of Winterbourne, we have submitted to the consultation a number of letters, outlining, as individuals, concerns about the introduction of self-ID for gender reassignment,” the scholars wrote in their letter.

They did not state what those concerns were, but there is widespread concern in the United Kingdom that making it easier for people to change their gender will put biological women at risk.

And it isn't only so-called “cis-gendered” men and women, that is biological male and females, who worry about enshrining self-identification in law when it comes to gender. Even some transgendered people in the United Kingdom are against making it easier for people to claim to be of the other gender than their biological sex.

Kristina Harrison, a man who has had sex-reassignment surgery and now lives and identifies as a woman, is among those transgendered people who do not want the United Kingdom to allow people to self-identify their gender.

In an article Harrison wrote for the U.K.-based The Economist magazine in July, the National Health Service employee stated that self-identification of gender, if enshrined in law, would put women at risk.

“The label 'transgender', and the terms 'trans man' and 'trans woman' are more nebulous terms for any biologically female person who identifies as a man, and any male who identifies as a woman,” wrote Harrison. “This is a much broader category: an umbrella term including, as well as transsexuals, males who identify as women but wish to retain their male bodies, people who are 'gender fluid' (identifying as women some days and men other days), and people who would previously have been known as cross-dressing men, some of whom fetishize women’s clothing and bodies.

“Perhaps you can begin to understand the concerns of many women when it is increasingly being asserted in practice, if not fully in law, that simply identifying as a woman means being able to access women and girls’ private, formerly single-sex, spaces – toilets, rape-crisis centres and so on,” wrote Harrison. “We worry about the nature, influence, methods and implications of the ideology at the heart of this transgender movement. We are also opposed to any proposal which would mean that a man is legally recognised as a woman if he makes a simple self-declaration that he is, and vice versa.

“That would enshrine a quite extreme gender ideology in law, and effectively amount to a comprehensive redefinition of what it is to be female, or male.”