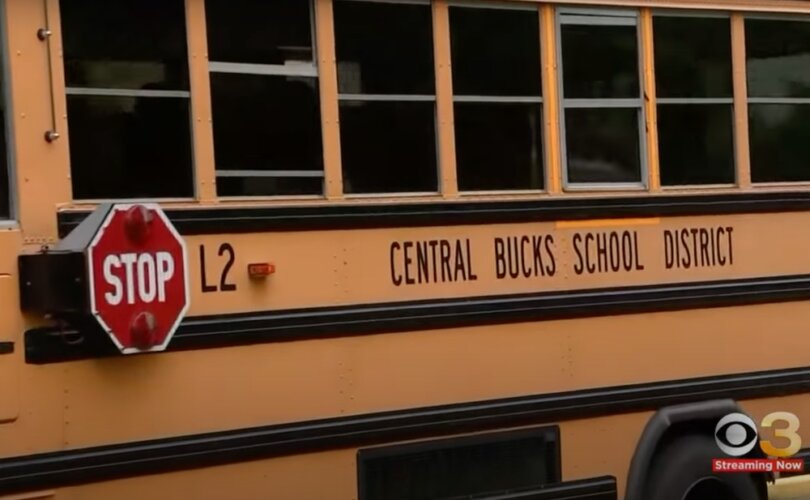 DOYLESTOWN, Pennsylvania (LifeSiteNews) — A Pennsylvania school district that enacted policies to curb the spread of divisive ideology in the classroom has been hit with a federal complaint by the American Civil Liberties Union (ACLU), alleging the district is engaging in “discrimination” by not promoting LGBT ideology.

People familiar with the school district’s policies told LifeSiteNews that contrary to the allegations of the ACLU and mainstream media, the measures are simply about protecting kids from radical sexual content and giving them an education free from indoctrination.

A heavily redacted version of the 72-page ACLU complaint shared with LifeSiteNews alleges that the Central Bucks School District has created a “hostile” and “toxic” environment for LGBT and “gender non-conforming” students by not promoting or authorizing the promotion of radical gender ideology.

The filing called for the Biden administration’s Department of Education (DOE) to launch an investigation into Central Bucks over alleged violations of Title IX and the Equal Protection clause of the 14th amendment of the U.S. Constitution.

On October 21, the DOE issued a letter affirming it would investigate the ACLU’s complaints.

Moves by the federal government and the ACLU came after the district’s board enacted policies to ensure that divisive political content and explicit sexual materials are not used in classrooms and school libraries, and that district employees don’t “engage in political activity, sociopolitical advocacy, sexual orientation advocacy, gender identity advocacy, and religious advocacy” using “district time, resources, property, or equipment.”

While the mainstream media and ACLU have characterized the policies as “banning books” and “discriminating” against LGBT students, proponents say the measures are designed to protect children from harmful content and create an environment for academic rather than sociopolitical instruction.

The policies come amid a nationwide surge of grassroots involvement in school boards as parents and community members work to protect their children in the classroom.

‘Complaining is not an endgame, so we have to get involved’

Pennsylvania resident Kenneth Stracuzzi is a member of Hope for PA, a group of concerned local parents and community members who have taken action within the Central Bucks School District.

Stracuzzi told LifeSiteNews in a phone interview Thursday that members of his group have been attending school board meetings, working to build relationships with local representatives and school board members, and gathering together to understand the issues and pray.

“Complaining is not an endgame, so we have to get involved,” Stracuzzi said, explaining that the group is motivated to peacefully combat inappropriate school curricula and policies to protect kids, care for people, and share the love of Christ.

He cited Proverbs 18:13, which says it is “folly and shame” for a man to speak about “a matter before he hears it,” saying it’s crucial that parents and community members understand the policies in question before they address them.

Stracuzzi said that policies promoted by those interested in advancing the LGBT agenda would compel Christians and other tradition-minded people to “affirm” homosexual or transgender lifestyles that they sincerely believe to be harmful.

“We cannot affirm something that we don’t think is good for you,” he said. “If the people that disagree with us knew who we really are, they would understand that most Christians want to bless them, care about them, and love them.”

Stracuzzi explained that the proliferation of divisive content in schools (which often includes library books containing graphic depictions of homosexual and even pedophilic acts) has spurred parents to get involved in local school boards, including in Central Bucks.

According to Stracuzzi, “it just seems reasonable to most parents” that “they just don’t want their kids exposed to this.”

Jeremy Samek, senior counsel with Pennsylvania Family Institute and the Independence Law Center has reviewed the ACLU complaint, and told LifeSiteNews in a November 8 phone interview that Central Bucks’ policies have been misinterpreted by the organization and legacy media outlets.

In addition, he said the policy interpreted by the ACLU and mainstream media sources as targeting LGBT “Pride” flags are actually aimed at leveling the playing field by forbidding all sociopolitical messaging, including conservative or Christian flags or displays.

Samek said the school district’s neutrality policies are well supported by precedent, citing an August ruling by the U.S. District in the Eastern District of Missouri affirming that the decision by school districts not to stock sexually graphic books in their libraries does not amount to a “book ban.”

He affirmed that policy decisions like those at Central Bucks could signal a shift in favor of the non-ideological education sought by many parents.

“I think that what we’re seeing is a recorrecting of the pendulum where people, predominantly on the left, have sort of looked at public schools as a place where they can use a taxpayer-funded position in order to promote political or sociopolitical values, rather than trying to approach things neutrally and helping people to think,” he said.

According to Samek, moves by school districts like Central Bucks suggest the “pendulum is swinging back towards the middle.”

Beyond referencing the school district’s specific policies, the ACLU crafted its complaint based upon alleged instances of “severe and pervasive harassment” of LGBT students, to which they say district administrators have been “deliberately indifferent.”

However, Stracuzzi echoed Samek in arguing the ACLU has mischaracterized the school district’s policies by labeling them “discriminatory.” Moreover, he said that if the organization were truly “concerned about the mistreatment of kids,” it would have taken more urgent action than filing a complaint, and wouldn’t have redacted crucial information.

He explained that the ACLU complaint was not provided in its unredacted form to the school board, leaving members unable to adequately respond to specific allegations of harassment or bullying.

School board president Dana Hunter addressed the issue in October, arguing that “[t]he anonymous and hidden nature of this information makes it impossible for our administrators, school counselors and teachers to do the critical work of connecting with these unnamed individuals.”

According to Stracuzzi, the ACLU’s decision to redact important information signals that the complaint is actually about “something else.” Noting that some current school board members are coming up for re-election next year, Stracuzzi suggested that having the ACLU complaint hanging over their heads could create headwinds in their campaigns.

This week, the school board hired a law firm to help them conduct an internal review in response to the ACLU complaint. LifeSite learned the board has been advised not to provide comment to the press at this time.