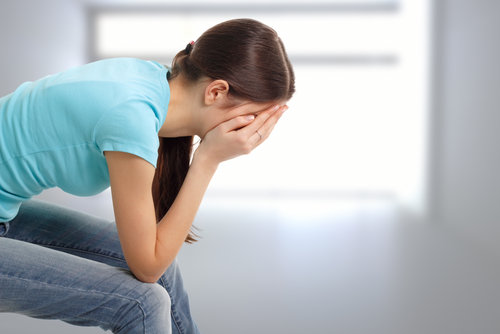 SURREY, United Kingdom, March 17, 2020 (LifeSiteNews) — Parents in the U.K. have accused teaching staff of secretly brainwashing their 13-year-old daughter to think she is a boy, according to a report in the Mail on Sunday.

According to the report, Ashleigh and Ged Barnett say they were confused when their “pretty teenage girl” started talking about feeling that she was really a boy and cutting her hair very short, before discovering that she had been having weekly one-on-one sessions with a teaching assistant in charge of the school’s LGBT group.

The Hoe Valley School in Woking, Surrey, was also reportedly calling the teenage girl by a male name and encouraging her to get changed in a boys’ cubicle.

“Our daughter was egged on to feel that she’s a boy in a girl’s body,” Mrs. Barnett said.

“The teaching assistant also pointed her in the direction of the YouTube website of a trans activist, which featured a video where they showed off their mastectomy scars and told how well the operation had gone,” the mother continued.

The parents said the LGBT sessions had been done without their knowledge.

“The school didn’t think it was fit to tell us,” Mrs Barnett said. “We are her parents, but responsibility to care for our child has been taken away. The attitude is that it’s the child’s choice and it’s got nothing to do with us.”

According to the report, head teacher Jane Davies told the unhappy parents via email that she believes that their daughter should be left to use the changing facilities she prefers and appeared to defend not informing the parents of what was happening with their child.

“We will continue to provide a safe environment for [your child], but it is not our place to alert you to how she feels,” she wrote.

“It is important that you understand that she is old enough to make her own decisions.”

Mr. Barnett said his daughter had shown “no signs of gender dysphoria immediately prior to the ‘mentoring,’ but presented with classic signs afterwards.”

Mrs. Barnett said that last August, their daughter “had lovely long hair, wore a dress and make-up, and looked like a pretty teenage girl,” but after the LGBT sessions “she didn’t look like the same child.”

“Children at 13 or 14, especially girls, are sometimes not happy in their own bodies — that’s what puberty does to you,” she added. “They are very vulnerable. It only takes one person with an agenda to plant a little seed that they are ‘in the wrong body.’”

The parents have made a number of complaints, including that the school failed to tell them that their daughter had identified as “transgender” and that it had “failed to prevent radicalization.”

The school denies the allegations. Davies said that “safeguarding will always be the priority of the school” but that she was unable to comment further because the parents are in the process of a formal complaint.

Mrs. Barnett also reportedly believes that the teaching assistant who led the one-on-one sessions had received training from a charity called “Eikon.” Eikon says it provides “guidance and support” for “LGBT young people aged 11–19” and that it is “trying to support all young people who identify LGBT+ in Surrey.”

“The suggestion any Eikon member of staff would train others to radicalize young people is not at all accurate,” he said. “The training assistant may well have been at professional networking events that Eikon also attended or helped facilitate, but Eikon has not provided LBGT+ training to him.”

According to the report, the teenage girl is now seeing a psychologist.

A national spokesperson for the Society for the Protection of Unborn Children (SPUC), a U.K.-based pro-life, pro-family group, told LifeSiteNews that, taken at face value, the story shows a “terrifying disregard for the rights of parents in the education of their children.”

“For years, girls in the U.K. as young as 12 have been able to get abortions during school hours without their parents’ knowledge or consent,” the spokesman continued, “and the culture of death and disorder has developed in U.K. schools at a frightening pace. If teaching staff feel entitled to confuse children about the most basic biological realities, then schools have become little more than indoctrination centers for perversity.”