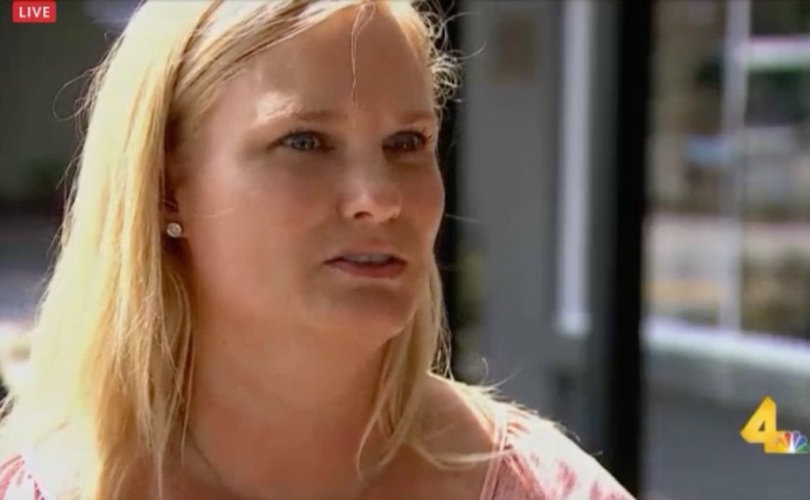 Jim McIntyre, President of Father Ryan High School located in Nashville, stated yesterday that the sex-ed program “by every measurement” is in “full conformity with Church teaching,” adding that as policy “we don’t allow students to opt out of this course.”

The Catholic Diocese of Nashville under Bishop David Choby is backing the school, as LifeSiteNews reported earlier.

But Catholic Canon lawyer Philip Gray, president of the St. Joseph Foundation, said that if the school is, in fact, in “full conformity with Church teaching” as it states, then it would respect parents and their right as primary educator of their children and allow them to decide whether or not the course is appropriate for their children.

“If they are in line with Catholic teaching, how is it that their program — as published and as it is presented — respects parental rights? I would like to know how they are fulfilling the right of parents to have control over sex education in the school?” he told LifeSiteNews.

The Catholic Church’s teaching is unambiguous when it comes to parental rights in a school setting:

Gray affirmed that statements made by the school and by the diocese about refusing to allow parents to opt their children out of the sex-ed program is “not in line with Church teaching.”

“We are dealing with educators in general who don't understand Church teaching. They don't understand the restrictions they have on their authority, and so they exercise themselves with an authority that they don't possess,” he said.

Gray said that while educators at Father Ryan High School may be acting in “good faith,” they may be acting out of ignorance of “what Catholic doctrine is” on parental rights.

“They don't know what the limits of their authority are. And so for that reason they will dig in their heels and claim that they are in line with Church teaching, and be acting in good faith, at the same time,” he said.

Gray called it a serious problem when Catholics in positions of responsibility refuse to seek out what the Church actually teaches on a particular matter so that they can “reevaluate the situation.”

“And if the bishop doesn't know, then that is a huge problem. And if he doesn't know and he doesn't look it up, that is even a bigger problem,” he added.

Susan Skinner, one of the parents who objects to the course, agrees with Gray that Catholic schools should be Catholic throughout.

“Institutions with the name ‘Catholic’ can’t just pick and choose what Church teaching they follow. It doesn’t matter how good or bad the course is: If parents don’t want their child in that course, it is Catholic teaching that schools must respect the parents’ decision,” she told LifeSiteNews.

A petition on LifeSiteNews asking Bishop Choby to “rise in defense of Catholic parents at Father Ryan High School and at all schools across the nation, who seek the good and well-being of their children, and to unambiguously affirm their right and duty as primary educator,” has been signed by over 600 people as of this writing.

The news of parents fighting for their rights over their children also came to the attention of local media. Nashville’s Channel 4 News gave first priority to the story of the parents’ battle during its primetime news at 6pm on September 1.

The anchors gave credibility to the parents’ position, beginning the news segment by contrasting Father Ryan High School’s mission of giving students an “experience of the living Gospel” with the “serious problems” raised by parents over the school’s sex-ed.

News of a group of parents combatting the sex-ed while fighting for their parental rights have also spread to other parents with kids in the school. Some of them contacted LifeSiteNews to express their gratitude that a group of parents was willing to stand up to the establishment and fight for their children.

One parent of a student at Fr. Ryan High School told LifeSiteNews under condition of anonymity that the sex-ed is poised to harm students “spiritually” by providing detailed explanation of arousal spots that could lead students to sin. The parent also worried about the “harm” the course might inflict on an immature 14-year-old freshman girl who was forced to learn the explicit material while sitting beside her immature male peers. The parent hopes that the school will back down from its stance.

Another parent who wishes also to remain anonymous on account of her son attending the school called it “disheartening” for a Catholic school to expose her child to a “near occasion of sin” in the form of the graphic sex-ed.

“When we chose to go to this school, we knew about the sex-ed program, and just assumed that the school would allow us to opt out, just like the public school does,” she told LifeSiteNews.

“We have been very frustrated by the way the school is handling this matter, and, strange to say, wish the Catholic school would be more like the public school in this regard,” she added.

The sex-ed course has already caused a number of parents to steer away from enrolling their children.

Nashville resident Carol Murphy told LifeSiteNews that she was about to sign the check for her child’s tuition at Fr. Ryan High School this fall when she thought she had better look into the resources that were being used for the required “human sexuality” class.

“They were then shown to me. After I briefly examined the materials, I knew that this was the wrong way to teach my child. After talking to the instructor, emails with administration, attempts by other parents as well to get answers from the diocese, I decided to continue with homeschool.”

Murphy knew she had made the right choice to not send her child to the school when she heard about the parents who oppose the sex-ed were going public with their concerns.

“I applaud the people who are pursuing this,” she said.

Another parent who spoke to LifeSiteNews under condition of anonymity also decided on a different school for her child due in part to the graphic sex-ed.

“We looked at Fr. Ryan High School and could not agree with the Human Sexuality packet. The school could not help us and we would not violate our consciences. So, we decided to move on,” she told LifeSiteNews.

Mark LeClair, another Nashville parent, said he is looking for a school to send his eighth-grade son next year, but will bypass Fr. Ryan High School if current policy against parental rights remains unchanged.

“If they don’t change their policy, there is no way he will be attending there. My preference would be that their teaching be in line with Catholic teaching, such as not teaching about birth control and all the other erogenous activity the course teaches. And, if they insist on teaching that, then they should at least allow us to opt out of the course,” he told LifeSiteNews.

Sue Skinner said that parents will not give up the fight to protect their children because they know that the Catholic Church is on their side.

“We will not give up on our duty and our right to protect our children from school material that we deem harmful. We never wanted this battle, but our children are too precious not to engage in it. In the Lord is our strength, and we know he will not abandon us,” she said.