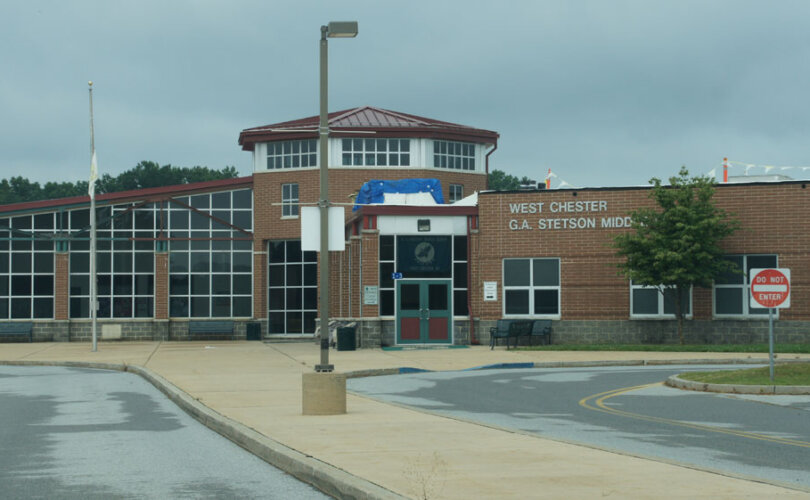 WEST CHESTER, Pennsylvania (LifeSiteNews) – The superintendent of a Pennsylvania school district defended the district’s gender curriculum at a school board meeting late last month after being asked questions by parents.

At a school board meeting for West Chester Area School District (WCASD) held October 25, district superintendent Bob Sokolowski answered questions at the end of the meeting regarding the district’s gender curriculum, which extends to the kindergarten level, according to the Delaware Valley Journal.

Connie Halloway, a parent whose child attends a WCASD school, asked if the district had a policy whereby it would actively hide the gender identity of students from their parents. Halloway learned through a right-to-know request that the district has a policy stating that teachers are not obligated to tell parents about their children’s gender identity if the parents are not supportive of their “transition.”

“Let me make one thing perfectly clear,” Halloway said during the meeting. “We are not co-parenting with the government. This is not the Soviet Union or Communist China. You do not have the authority to determine what parents deserve to know about their child’s health.”

In response to Halloway’s question, Sokolowski stated that “One of the things I can share is those plans are very specific. They are very personalized.”

“I can share with you that when I was the principal at Henderson High School, there was a student that was transitioning to a different gender and that was something this particular student was very uncomfortable sharing with one of her parents,” Sokolowski continued. “We exclude those plans in the fullest protection of the students.”

A local resident, Mike Winterode, also spoke at the meeting. Winterode stated that he learned through a right-to-know request that the district conducted a training session at an elementary school about gender theory.

“While teachers did learn how to introduce gender education to kids who still believe in Santa Claus, they didn’t really learn all about gender,” Winterode said. “They didn’t learn what happens once we get beyond pronouns and name changes.” Winterode also addressed the possibility of an assembly conducted by someone that had previously “transitioned” to another sex and went through the process of “de-transitioning.”

“There is a storm brewing, and that is the growing number of young men and women who realize they were manipulated, they were manipulated at a time in their lives when they needed the guiding hands of responsible adults,” Winterode said. “The de-transition community is growing, and all of us need to listen to them. They have a lot to teach us.”

Dan Hill, another parent at the meeting, also addressed the August training session, pointing out that the trainer brought in to conduct the training identifies herself as a “radical activist” on her Twitter profile. He stated that while the goal of the meeting was to “challenge gender limits,” the result would lead to “confusion in little children” and promote a “multi-billion-dollar gender-affirming care industry … that encourages chemical castration and surgical manipulation.”

Hill also noted that a webpage on the Pennsylvania Department of Education describing policy on gender identity no longer existed, alleging that the webpage had been scrubbed.

“This is no longer about tolerance and being inclusive,” Hill said. “It is about celebration and recruitment in order to sustain this industry.”

Sokolowski responded to concern by stating that “I understand that many of us did not experience school this way when we were growing up.” “There is a need for this,” Sokolowski continued. “This is a reality. We do have transgender students in our schools, and we are best preparing our students and our teachers.”

He also defended the August training, saying that while he read reports about it, the district seeks to create a “positive school environment” that will promote both academic and lifelong success.

In a statement to FOX News, an official from WCASD said, “We understand that there is a great deal of confusion regarding gender plans and the district’s responsibilities when supporting both our students and families.”

“Our top priority, and our district’s mission, is to educate and inspire our students,” the statement continued. “In order to achieve this mission, we must create safe and engaging learning environments that benefit all students so that they can develop the skills and knowledge necessary for the future. Parents and families are their child’s strongest advocate and, in working together, we can help make sure each student has every possible resource to reach their personal goals.”

On the matter of hiding students’ gender identities from parents, the district said that while gender “plans” are not an “element” of the district’s curricula, students can approach school officials to devise one.

“Students who choose to have a gender plan created are protected under Title IX, and while Title IX does not require parent agreement or involvement our goal is always to work collaboratively with students and their families,” the district’s statement said.

“We encourage all students to involve their parents in the process and will help them to understand the importance of having these conversations with parents. If a student chooses not to involve their family in the creation of the gender plan, we will work directly with the student, but we do inform them that we cannot withhold information from their parents should they ask for it.”

WCASD is not the only school district in southeast central Pennsylvania to have gender ideology in its curriculum.

In July, Fenicia Redman, a parent from Greater Valley School District near West Chester, said that she was preparing a lawsuit against the district to get sexually explicit books, including Maia Kobabe’s Gender Queer, out of school libraries.

An email obtained by the Daily Caller last month showed that the Lehigh Valley School District near Allentown instructed teachers at the district’s intermediate school not to share students’ gender identity with their parents.