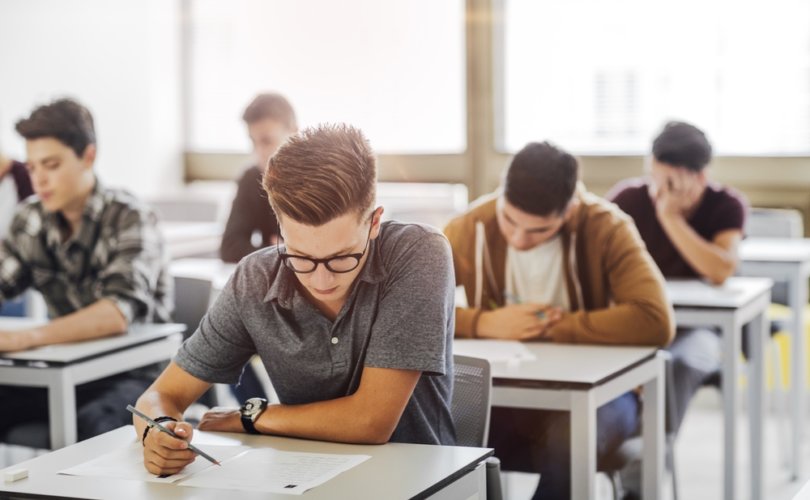 CHILLIWACK, Britich Columbia, January 25, 2018 (LifeSiteNews) –  The Justice Centre for Constitutional Freedoms is representing a Chilliwack School District trustee as he defends himself against a human rights complaint for criticizing teaching materials denying the biological reality of the two genders.

The Chilliwack School District trustee is Barry Neufeld, against whom a human rights complaint was filed by a union of local School District staff.  Mr. Neufeld has publicly criticized the Sexual Orientation and Gender Identity (SOGI 123) curriculum supplements that BC teachers are encouraged to use. SOGI 123 materials promote, among other things, the belief that gender is fluid, that there are more than two genders, and that gender is not determined by biological sex.

The Legislative Assembly of British Columbia in 2016 amended the BC Human Rights Code to include protection for “gender expression” and “gender identity”. Subsequently, the then-Liberal education minister worked with the Vancouver-based ARC Foundation to develop new “anti-bullying” policies that are “inclusive” of LGBT students.

Barry Neufeld has been a trustee with the Chilliwack School District from 1992-2008 and also since 2011.  He began publicly criticizing SOGI 1-2-3 in the fall of 2017. At that time, he posted to his Facebook page some of his critiques, which included arguments that gender ideology is scientifically false, harmful to children, and not adding any value to anti-bullying efforts.

In a written statement on January 19, Mr. Neufeld explained:

“I am interested and invested in all students receiving an excellent education regardless of their sexual orientation, gender identity, race, religion or other group identity. I support a safe environment for all students in our public education system, and I support a diverse and pluralistic education system, which includes children who come from homes with traditional family values or faith-based beliefs regarding marriage, sexuality, and gender. I have simply taken issue with one facet of the SOGI 1-2-3 learning resources: the teaching of the theory, as if it was fact, that gender is fluid, that there are more than two genders, and that gender is not based in biology.”

“It is my duty as an elected School Board official to speak up when the best interests of children may be compromised,” further explained Mr. Neufeld. “I will continue to do my duty as Trustee in this regard, while exercising my constitutional freedom of expression as a Canadian,” continued Neufeld.

“This case involves freedom of expression and parental rights in education, both of them Charter rights,” stated lawyer John Carpay, president of the Justice Centre.

“The actions of the Chilliwack School District and BC Education Minister Rob Fleming, in urging Mr. Neufeld to resign, are intimidation and bullying, and profoundly disrespectful of the right of voters to choose their own representatives,” continued Carpay.