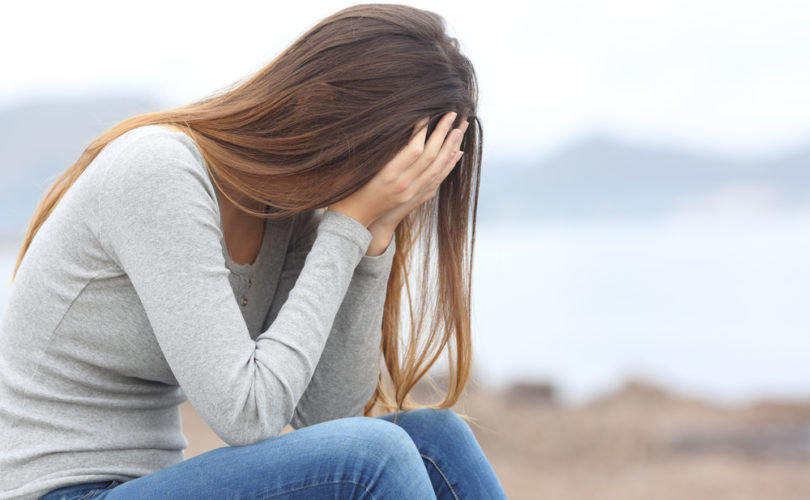 CALGARY, Alberta, November 7, 2017 (LifeSiteNews) — A legal group is speaking out after learning that a school facilitated an 11-year-old girl’s “gender transition” behind her family’s back, and only informed them when she had become suicidal.

The girl told her teachers at age 11 she wanted to be a boy but didn’t want her parents to know. She became suicidal after a year of living a double life as a boy at school and a girl at home.

Only when she told her guidance counsellor she was depressed and wanted to kill herself did the school inform her parents, says lawyer John Carpay, director of the Calgary-based Justice Center for Constitutional Freedoms (JCCF).

The parents knew their daughter, who is moderately autistic, was struggling, but had no idea the school was facilitating her “transition” to a “boy,” Carpay said.

Carpay believes this is proof — if any were needed — that the Alberta NDP government’s radical bill forbidding schools from telling parents if their child joins a gay-straight alliance without the child’s consent will harm vulnerable children.

“Apart from the actual cases, it’s something common sense would tell you: If parents are pushed out, then you’re pushing out the greatest sources of love and the greatest source of protection that children have,” he told LifeSiteNews.

“The law doesn’t seem to recognize that the political activists don’t love these children anywhere nearly as much as their parents do,” he said.

“There’s an underlying assumption that political activists are 100 per cent trustworthy and can have access to kids without parental supervision, which is outrageous.”

Bill will keep parents in the dark

Critics of the clubs say GSAs are far from neutral, but are means to promote homosexuality and transgenderism to impressionable children and adolescents.

In the case Carpay highlighted in a JCCF statement opposing Bill 24, at the onset of puberty at age 11, the girl “wanted to identify as a boy socially, i.e. boy’s name and pronouns, boys bathroom/change room, and boys sports teams.”

The school “indulged her” in these requests without telling her parents, and “without any evidence that the parents were in any way abusive.”

But when the student admitted being depressed and suicidal, the school did inform the parents, who promptly pulled her out.

The principal was “apologetic and contrite,” consulted with superiors, and told the parents the school would abide by their direction if their daughter returned, the JCCF statement related.

That included not attending GSA meetings, being referred to by a boy’s name and male pronouns, or joining boys’ activities.

The principal also verbally agreed the school “would inform the parents immediately of anything to do with their daughter's gender identity, or her attempts to attend a GSA meeting or otherwise attempt to go against her parents' wishes.”

Carpay says the JCCF heard from another couple with an autistic daughter, and knows of other cases where schools had initially kept parents in the dark.

“A mother approached me in January after a public town hall,” he told Global News in March.

“She was quite distraught, and she told me that her 12-year-old autistic daughter had been put into counselling and referred to as a boy, given a boy’s name in school. But none of this information had been shared with the parents,” Kenney related.

“So, for months, the child was being treated as a boy in school and as a girl at home, creating even more problems, confusion and tension.”

“I think generally speaking, parents have a right to know what their kids are doing in school,” Kenney added.

“If there’s evidence that the parents are abusive, then they shouldn’t be involved.”

Alberta’s current laws authorizes teachers to “deal with the rare individual situations of actual or suspected” parental abuse, and grants them discretion to withhold information to parent if the situation calls for it, notes the JCCF statement.

“Replacing this discretion with a law that requires secrecy is harmful to children,” it says.

“Absent exceptional circumstances, to prohibit parents from being informed violates parents' legal rights and responsibilities for their children.”

Meanwhile, the NDP has branded Kenney as an extremist, and Eggen mentioned the UCP leader to reporters after tabling Bill 24.

“Jason Kenney suggested earlier this year that schools should be able to out LGBTQ students to their parents, and that is dangerous,” he said.

Kenney has dismissed the NDP as playing “wedge politics,” and has said he supports policies that safeguard the child’s best interests.

And he announced the UCP will oppose the bill in a news conference before the bill’s second reading debate Tuesday, the CBC reported.

He said the UCP supports keeping the status quo.

“Teachers, not politicians, should decide when it makes sense to engage parents,” Kenney said. “The unique circumstances of each child should be the key factor, not the blunt instrument of law.”

He also said the UCP does not favour mandatory parental notification, and that he supports Bill 10, the law passed in March 2015 making GSAs obligatory in schools on student request.

The UCP caucus supports GSAs, Kenney said, but he pointed out some GSAs engage in political activism.

“The NDP is trying to do indirectly, what it cannot do directly,” he said.

“That is teaching sensitive subjects that would normally require parental notification.”

To suggest UCP MLA’s wanted to “out” same-sex attracted students was “offensive and dishonest,” Kenney said.