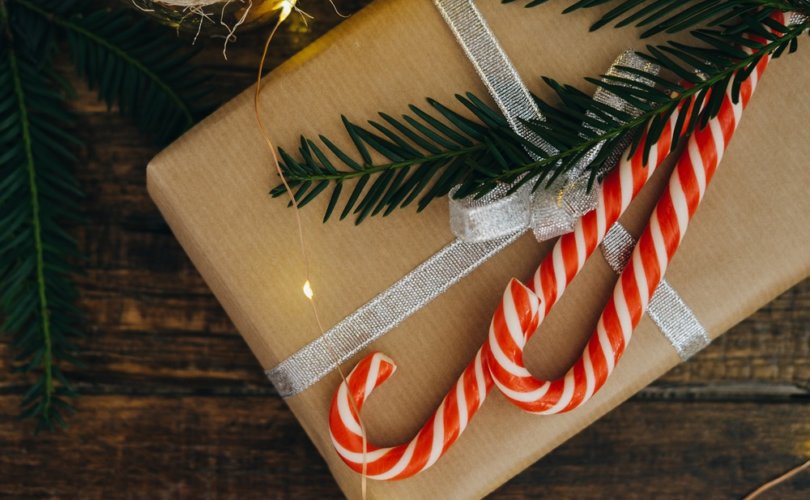 OMAHA, Nebraska, December 7, 2018 (LifeSiteNews) – An elementary school principal has been put on leave after banning candy canes, which she said are a Christian symbol.

According to Liberty Counsel, Jennifer Sinclair, the principal of Omaha-area Manchester Elementary School, wrote a memo this November to teachers banning all decorations and school assignments that make any reference to Christmas, including the colors red and green.

“Please remember that we are not to be doing any Christmas or holiday-specific themed activities with students,” she instructed. “Santa and Christmas items are not to be on activities or copies. We have varied religious beliefs in our school, and it is our job to be inclusive.”

Sinclair was so thorough in her inclusivity that she banned candy canes on the grounds that their shape is a “‘J’ for Jesus.”

“Historically, the shape is a ‘J’ for Jesus,” she claimed. “The red is for the blood of Christ, and the white is a symbol of his resurrection.”

Snopes, a liberal blog that looks into urban legends, says that this tale of the candy’s origins is untrue. There are different theories as to why the traditional candy cane, alone of the striped stick candy once popular with children year-round, has a hook shape. Snopes cites the legend of a German choirmaster who, wanting to quiet children during long church services at Cologne cathedral, decided to hand out candy. To forestall pious parental opposition, he had the candymaker bend candy sticks into the shape of shepherd’s crooks.

According to a candy history blog, the first documented use of candy canes to celebrate Christmas was in 1847. They were, however, entirely white. Striped canes were not available until the end of the 19th century.

Liberty Counsel argues that the ban violates the U.S. Constitution by showing hostility toward Christianity. In her memo, Sinclair confessed to feeling discomfort at have to “get this specific” in her attempts to eradicate anything that suggests the Christian holiday.

“I feel uncomfortable that I have to get this specific, but for everyone's comfort, I will,” she wrote.

An attorney for Liberty Counsel, which lobbies for religious freedom, wrote to the Superintendent of the Elkhorn Public Schools to protest.

“The principal appears to have conflated her own values and preferences with the law,” wrote Richard L. Mast.

“The First Amendment simply does not require elimination of all Christmas symbols – religious and secular – in a misguided attempt to be ‘inclusive’ by eliminating all traditional elements of a federally- and state-recognized holiday. The effort to comprehensively eliminate Christmas symbols is Orwellian,” he continued.

Mast asserted that “nothing prohibits public schools from teaching objectively about religion, or about holidays with religious significance, like Thanksgiving and Christmas.”

The Elkhorn public school system told Fox News that Sinclair’s “memo does not reflect the policy of Elkhorn Public Schools regarding holiday symbols in the school.”

The policy of the Elkhorn School District is that “Christmas trees, Santa Claus and Easter eggs and bunnies are considered to be secular, seasonal symbols and may be displayed as teaching aids provided they do not disrupt the instructional program for students.”

The principal has been on administrative leave since Thursday morning.