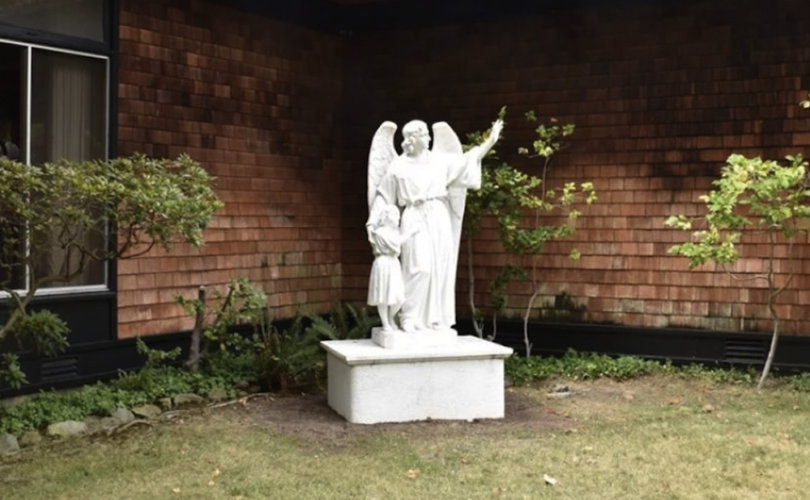 SAN ANSELMO, California, November 16, 2017 (LifeSiteNews) — The religious community sponsoring a California Catholic school that removed most of its religious statues has officially determined that the school is no longer Catholic.

The leadership team of the Dominican Sisters of San Rafael said in a statement this week that “San Domenico School will no longer be a Catholic school and will not be recognized by the Archdiocese of San Francisco as such.”

The K-12 boarding and day school will no longer have accreditation from the agency established by the California Catholic bishops for Catholic school certification, the Western Catholic Educational Association (WCEA). The school will retain its accreditation association with a number of other agencies concerned with independent and other schools.

The Sisters said it was a difficult decision but “the right one at this time for the Dominican Sisters of San Rafael and San Domenico School.”

The Sisters said they “explained their decision to the San Francisco Archbishop Salvatore Cordileone and remain deeply committed to their relationship with the Archdiocese.”

LifeSiteNews inquired with the Dominican Sisters and the Archdiocese of San Francisco about specifics of the decision and did not hear back before press time from the Sisters.

The archdiocese’s Vicar for Administration said the school had good intent with its philosophy but that it was “not particularly religious” and didn’t meet WCEA accreditation standards.

“With the Dominican Sisters, the Archdiocese regrets the ultimate outcome of the lengthy process of attempting to accommodate the school’s well-intended but not particularly religious ethos,” Rev. John Piderit, S.J., said.

“With the benefit of hindsight, an intervention could have occurred earlier to avoid this unfortunate situation,” he said. “But at this point the Sisters and the school leadership understand they would no longer qualify as a Catholic school in the accreditation process of the Western Catholic Educational Association (WCEA). Coming into alignment with WCEA would require changes that are simply not feasible at this time.”

Father Piderit continued, “Archbishop Cordileone joins Sister Maureen McInerney in sorrow that the situation has come to this conclusion. The Archdiocese is committed to identifying circumstances where such a result could be avoided in the future and intervening earlier.”

San Domenico School said on its website that it was not going in a completely secular direction and “the inclusive spiritual education will continue.”

The school acknowledged in its news post on the Sisters’ statement that it would not meet Western Catholic Educational Association accreditation standards:

“San Domenico School's approach does not align with WCEA standards which require: 'the permeation of Catholic values in all aspects of school life,' 'a Religion curriculum instruction that is faithful to Roman Catholic Church teachings and meets the requirements set forth by the United States Conference of Catholic Bishops (USCCB),' and 'all school personnel are actively engaged in bringing the Good News of Jesus into the total educational experience.'”

The school said it would continue with the Dominican Sisters to carry forward the mission of the school “which reflects (its) 167-year tradition of innovative and values-based education that responds to the needs of the times.” The school added that with the Sisters it would “move forward together, as one, in a renewed spirit for the common good.” Sisters will continue to serve in the school’s board and live on campus, it said

San Domenico made headlines in August for removing Catholic statues and icons from campus, upsetting parents.

Amy Skewes-Cox, head of the San Domenico School board of trustees, had said the relocation and removal of some of the school’s 180 religious icons was “completely in compliance” with San Domenico’s new strategic plan, according to a Marin Independent Journal report, that was approved unanimously last year by the board of trustees and the Dominican Sisters of San Rafael.

Skewes-Cox said also at least 18 icons remain on campus, including a statue of St. Dominic.

“If you walk on the campus and the first thing you confront is three or four statues of St. Dominic or St. Francis, it could be alienating for that other religion,” she said, “and we didn’t want to further that feeling.”

Sister Maureen McInerney, prioress general of the Dominican Sisters of San Rafael, said that if there had been a reduction in the number of statues with many remaining, “I think that would be fine.”

“San Domenico is a Catholic school; it also welcomes people of all faiths,” she said. “It is making an effort to be inclusive of all faiths.”

One of the school’s stated goals in its strategic plan is to “strengthen San Domenico’s identity as an independent school,” the MIJ report said, and clearly articulate its “inclusive spiritual foundation.”

The school's statement said the accreditation change was to live out its mission and best prepare students as global citizens of the world.

“To live out our Mission and to best prepare students as global citizens of the world, we believe our School's curriculum must cover interfaith studies and create a safe space for individuals of varied backgrounds and faith traditions to explore their personal beliefs,” it said. “We also believe our students are best served by a diverse community, including faculty who come from a wide variety of backgrounds and experience.”

LifeSiteNews inquired with the school about whether its mission also drove the removal of the statues, what became of those religious items that were removed, and whether the school had additional comment. A spokesperson said a response would be forthcoming.

In announcing the accreditation change the school said in regard to Catholic families with children in the school, the “change in accreditation does not change the religious curriculum, which embraces Catholic traditions as well as a diverse exploration of other faiths and philosophies.”

A Cardinal Newman Society report on San Domenico’s removal of most of its Catholic statues and icons at the time had offered the argument it was appropriate for a school to remove its Catholic imagery when it ceases to be Catholic.

“It’s the truth, and truth is the aim of education,” he said. “So kudos to the Sisters for at least acknowledging that San Domenico is not interested in providing authentic Catholic education.”

“Of course, that’s a poor choice,” continued Reilly. “It fails to uphold the Dominican Sisters’ charism and does a disservice to San Domenico’s students. But the choice was made long before this announcement.”

“Clearly something exciting is happening in the WCEA that forced San Domenico to acknowledge its faults,” Reilly told LifeSiteNews. “Many other schools remain in the WCEA, and some need improvements. I pray that they either exemplify faithful Catholic education or similarly declare their true intentions.”