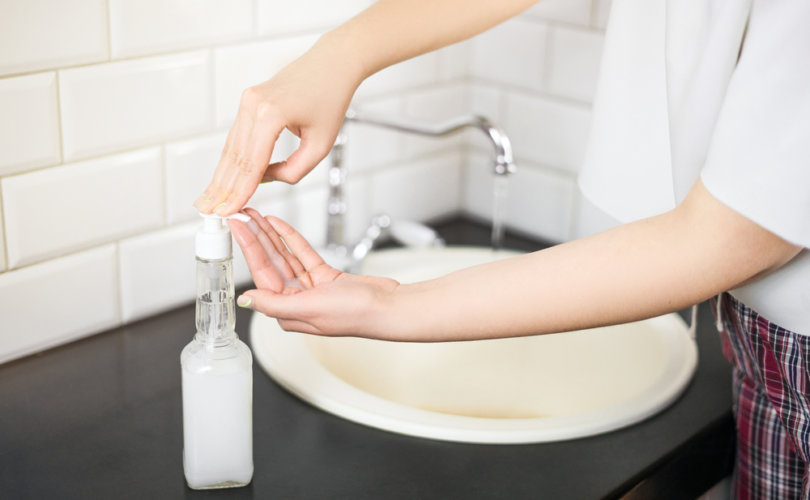 RICHMOND, Virginia, August 27, 2020 (LifeSiteNews) – A panel of judges from the Fourth US Circuit Court of Appeals ruled Wednesday that biologically-female former student Gavin Grimm had a right to use male restrooms at Virginia’s Gloucester High School under both the Equal Protection Clause of the Fourteenth Amendment and Title IX of the federal Education Amendments of 1972.

Gavin Grimm is a graduate of Gloucester who rose to prominence after challenging the school’s restroom policy starting in 2014. The Gloucester County School Board originally attempted to accommodate her request by letting her use a private restroom, but Grimm demanded access to the same restrooms used by male students.

District Judge Arenda Wright Allen sided with Grimm in May 2018, ruling that the policy “classified Mr. [sic] Grimm differently on the basis of his [sic] transgender status and, accordingly, subjected him [sic] to sex stereotyping.” The year before, the US Supreme Court decided not to hear the case.

The board appealed, but Allen again rejected school board attorney David Corrigan’s argument that gender is a physical reality rather than a social construct. The board appealed the case to the Fourth Circuit in September 2019, a panel of which has now sided with Grimm as well in a 2-1 vote.

“At the heart of this appeal is whether equal protection and Title IX can protect transgender students from school bathroom policies that prohibit them from affirming their gender,” Judge Henry Floyd wrote for the majority opinion. “We join a growing consensus of courts in holding that the answer is resoundingly yes.”

The ruling is the latest pro-LGBT ruling to invoke Supreme Court Justice Neil Gorsuch’s now-infamous Bostock decision, which redefined “sex discrimination” in Title VII of the 1964 Civil Rights Act to add sexual orientation and gender identity, in addition to its original biological meaning. Floyd said that in light of Bostock, “we have little difficulty holding that a bathroom policy precluding Grimm from using the boys restrooms discriminated against him ‘on the basis of sex.’”

Floyd’s opinion also came with a heavy dose of editorializing, accusing the Board of committing a “special kind of discrimination against a child that he [sic] will no doubt carry with him [sic] for life” based on “fantastical fears and unfounded prejudices.”

By contrast, dissenting Judge Paul Niemeyer wrote that “Gloucester High School reasonably provided separate restrooms for its male and female students and accommodated transgender students by also providing unisex restrooms that any student could use. The law requires no more of it.”