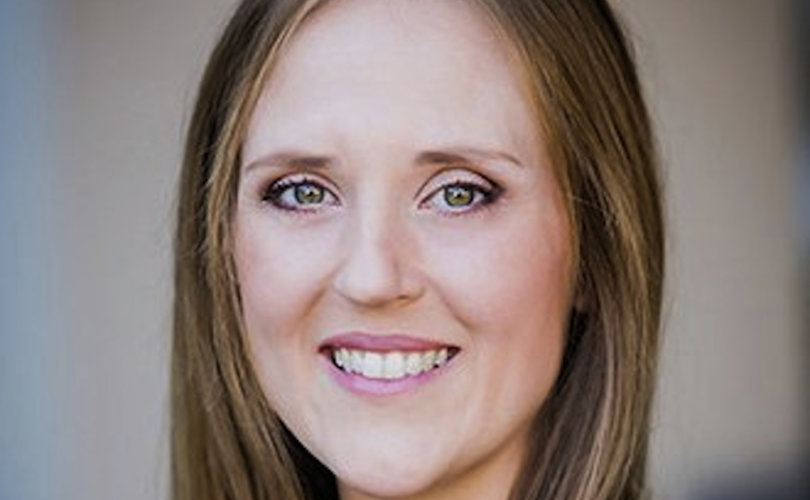 Candice Jackson is the acting assistant secretary for the Office of Civil Rights at the Department of Education.

June 23, 2017 (LifeSiteNews) — Pro-family conservatives are condemning a new Department of Education policy that allows the federal government to investigate schools for not calling gender-confused students by their preferred “transgender” pronoun as opposed to the one matching their innate biology.

The memo is written by Candace Jackson, the newly-appointed acting assistant secretary for the Office of Civil Rights (OCR) at the Department of Education (DOE). Jackson is an open lesbian in a homosexual “marriage,” a sexual assault survivor and a libertarian conservative activist who advocated for Trump in the campaign.

Jackson celebrates “gay pride” and was hired by Education Secretary Betsy DeVos, whose strong support of LGBT issues was largely ignored by conservatives during her confirmation process.

Jackson's new DOE “instructions,” which one conservative called “Obama-lite,” assert that the federal government through the OCR can launch an investigation if a school fails to assess whether “gender-based harassment” has created a “hostile” environment for “transgender” students. Among the criteria for “gender-based harassment” listed in Jackson’s memo is “refusing to use a transgender student's preferred … pronouns when the school uses preferred names for gender-conforming students.”

“Title IX does not require a school district or teacher to call students by false gender pronouns,” Staver said. “Title IX is silent regarding the use of pronouns, and it cannot be a violation to refer to students by pronouns consistent with their actual sex.”

Title IX of the Education Amendments Act of 1972 has historically been used by the federal government to fight sex-based “discrimination” and to achieve male-female parity in education, for example in sports funding. But under President Obama, it was applied to the Left’s crusade for “transgender equality” — enforcing “rights” based on gender-confused individuals’ desire to live as if they were a member of the opposite sex.

Conservatives want Trump to get completely out of the “transgender rights” business, even though Trump himself has been ambivalent about it, even famously allowing Bruce “Caitlyn” Jenner to use a female restroom at Trump Tower in New York City.

“Requiring false pronoun usage by teachers is a compelled speech violation for teachers and compelling students to participate in a lie violates their right to free speech,” Staver said. “I thought we had seen the last of this nonsense coming out of the Department of Education. I call upon Betsy DeVos to end this new policy.”

The Washington Post reported that Jackson “sent the memo to clarify that transgender students may still have valid discrimination complaints even though the Trump administration withdrew guidance specifying that they have a right under federal law to use school bathroom and locker room facilities corresponding to their gender identity.”

“Gender identity” is the modern, politically correct term by which a person can claim any of dozens of sex-non-conforming “identities” as their own, and demand to be treated as such by society. A biological boy can claim a “female” gender identity, or a more radical one like “genderqueer” or “bigender.”

“It was very important to the secretary and to myself that our investigators not make the mistake of assuming that just because that particular guidance has been rescinded, that all complaints filed by transgender students are going to be dismissed,” Jackson told the Post on June 16. “We wanted to very carefully explain in written format to our field that every investigator assigned to one of these cases needs to go through and individually examine every complaint, and actively search for ways that OCR can retain jurisdiction over the complaint.”

Thus, Jackson follows the precedent of her pro-LGBT boss, Secretary DeVos, who — to the consternation of social conservatives — reportedly initially resisted Trump’s overturning of Obama’s federal “transgender” school mandate, which had been stalled through court challenges.

“Schools do not use ‘preferred’ pronouns for anyone. Until very recently, no teacher, coach, or administrator in the history of education has ever asked students what their ‘preferred’ pronouns were. Schools use the personal pronouns that correspond to students' objective, immutable sex,” Laurie Higgins, cultural issues writer for Illinois Family Institute, told LifeSiteNews.

“Using grammatically correct personal pronouns does not constitute harassment and does not create a hostile environment no matter how much ‘trans’ students may dislike the practice,” Higgins said. “All students have a sex and that sex never changes. Personal pronouns correspond to and denote sex — not subjective, internal experiences or preferences.”

She said the “end game” for pro-LGBTQ leftists is the “compulsory eradication of public recognition of sex differences in every context for every person.”

“When are we going to have a Department of Education that is concerned with the genuine safety and welfare of children — rather than promoting this massive LGBTQ social experiment that will turn out very badly for children?” Harvey said in an interview with LifeSiteNews. “Everyone is forgetting the impact of this sexual and gender perversion agenda on the next generation. Adult activists are corrupting children, who are very impressionable.”

Harvey said most parents would be shocked and horrified to learn that the Trump administration’s Education Department is continuing Obama’s agenda of “normalizing gender rebellion and homosexuality” to kids, in the guise of civil rights.

Trump is scaling back “civil rights” prosecutions and Obama’s use of the far-reaching federal bureaucracy to promote the homosexual-bisexual-transgender political agenda. “A separate Education Department memo issued last week directed civil rights enforcement officers to narrow the scope of investigations into complaints about sexual violence and discriminatory school discipline,” The Washington Post reported.

The Post reported that the administration “has reversed several steps taken under President Barack Obama to address LGBT concerns. The Department of Housing and Urban Development, for example, has revoked the guidance to implement a rule ensuring that transgender people can stay at sex-segregated shelters of their choice, and the Department of Health and Human Services has removed a question about sexual orientation from two surveys of elderly Americans about services offered or funded by the government.”

But the Post quoted one anonymous Education Department “OCR employee,” who said the Jackson memo was a “’green light’ for DOE to move forward with discrimination complaints from transgender students — including those concerning bathroom access.”

According to the anonymous DOE employee, “a student who cannot use the bathroom that matches their gender identity is almost certainly the victim of prohibited sex stereotyping or a hostile environment.”

“The presumption here should be it’s business as usual, and not that OCR is abdicating its role as a protector of civil rights for transgender students,” the employee told the Post.

A federal appeals court in Wisconsin recently ruled that a gender-confused girl who wants to live as a boy should be allowed to continue using the boys’ restrooms at her Kenosha, Wisconsin, high school.

Higgins said whether enforced by Democrats, Republicans, or liberal judges, affirming sexual and gender confusion in children through what she calls the “trans cult” is wrong.

“If objective maleness and femaleness have no intrinsic meaning, and if ‘discrimination’ based on both sex and ‘gender identity’ is prohibited, there remains no justification for maintaining sex-segregated spaces anywhere for anyone. And that's exactly what the ‘trans’ cult seeks,” Higgins said.