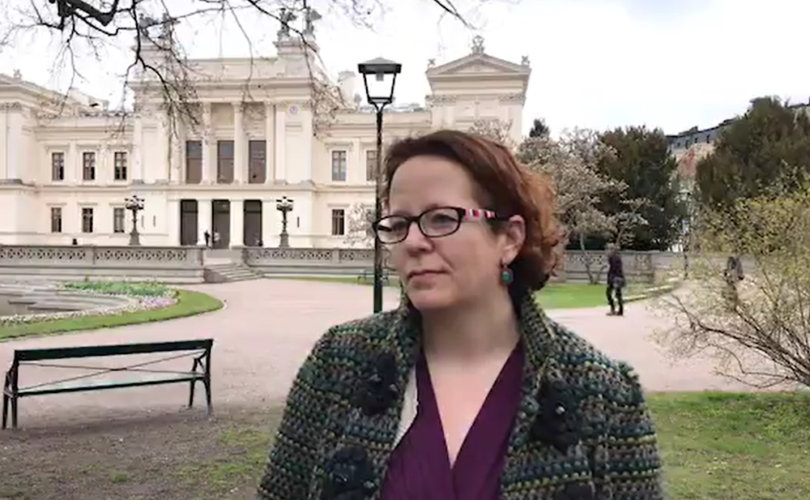 July 17, 2017 (LifeSiteNews) — Governments and schools should be teaching kids to have fewer children in order to reduce climate change.

They claim having one fewer child is a “high impact action” far eclipsing any other in effectiveness.

The study has received widespread attention, reported uncritically in the mainstream media, such as the left-leaning U.K. Guardian, and generating controversy across the conservative blogosphere and Twitter.

But Steven Mosher, president of the Virginia-based Population Research Institute, blasted the suggestion as “ridiculous” and “dangerous,” and the study as “climate extremism masquerading as science.”

The study “is not science but rank speculation, and should emphatically not be used as the basis for government policy,” he told LifeSiteNews in an email.

The study looks at the effect of individual actions on cutting carbon emissions, which has to happen to meet Paris Agreement goals, the authors contend.

Everyone must “grow up accustomed to a lifestyle that approaches the 2.1 tonnes per person annual emissions budget necessary by 2050 to meet the 2 °C climate target” of that agreement, which 195 countries signed on to in 2015.

“It is especially important that adolescents are prepared for this shift,” write Wynes and Nicholas.

A World Bank data-map alleges that Canadian emissions are at 13.5 tonnes per person, U.S. and Australian at around 16 per person, Russian at 12.4, and Saudi Arabia at 18.

Going car-free was an annual savings of 2.4 tonnes of carbon dioxide, not eating meat a savings of 0.8, and cutting back one transatlantic flight a year saved 1.6, they calculated.

But having one fewer child would save 58.3 tonnes per year, the study alleges.

The authors also surveyed high school textbooks from seven Canadian provinces and discovered that none of these textbooks taught that having fewer children would reduce climate change.

That should change, say Wynes and Nicholas.

Teenagers “should be informed of the environmental consequences of family size as they are likely becoming sexually active,” the study states.

Wynes told LifeSiteNews it’s not necessarily about having fewer children.

“Although every person added to the planet adds more emissions, the central issue is not having more children, but the high-consumption society that those children are born into,” he said.

“If national emissions decrease drastically, then the effect of having an additional child can be 17 times less.”

Nevertheless, the authors appear to have anticipated pushback.

But “Wynes and Nicholas did not come up with the numbers on their own,” pointed out Mosher.

“The model on carbon footprints for children was developed by Murtaugh and Schlax at Oregon State University back in 2008,” he said.

All Wynes and Nicholas did was “add the ridiculous suggestion that schoolchildren ought to be discouraged from having children of their own, or at least as many children as they would like.”

This is “a dangerous suggestion, as we can see from the experience of China,” Mosher said.

“If carried out, it would not only infringe on the reproductive freedom of young Canadians, but would be devastating for Canada's future economic growth, while doing little or nothing to affect the climate.”

Moreover, as with the Murtaugh and Schalx study, “there are just too many variables at play to get a good handle on the size of future carbon footprints — green technology, increasing urbanization, changes in diet, rate of exercise, etc,” he told LifeSiteNews.

“But the larger question is: Does it matter what our carbon footprint’ is?” added Mosher.

“I don't think it does, since carbon dioxide levels have been far higher in the earth's past than they are likely to become as a result of human activity,” he said.

“Also, the small amount of global warming projected over the next century is, on balance, going to be good for humanity. Who wants another Ice Age?”