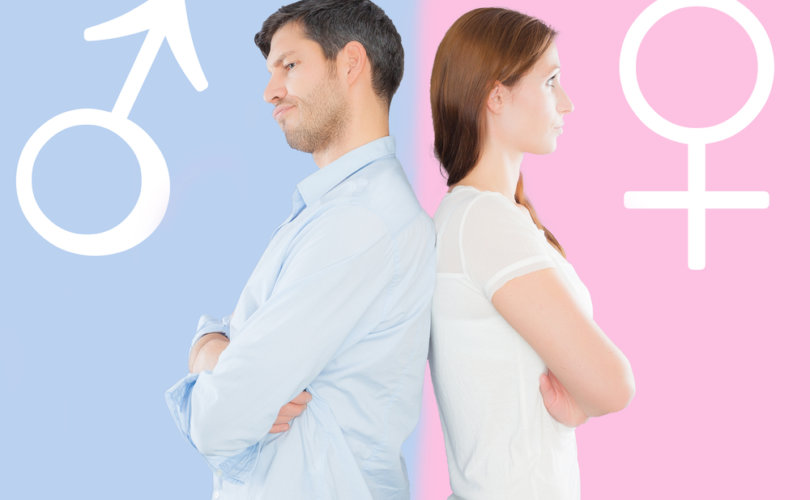 November 21, 2018 (LifeSiteNews) – A leading scientific publication has come out against the Trump administration’s proposal to identify sex based on strictly-biological criteria, making the unusual claim that it “has no basis in science.”

Pro-LGBT activists have been up in arms since October, when a Department of Health and Human Services draft memo was revealed stating that “Sex means a person’s status as male or female based on immutable biological traits identifiable by or before birth,” and “The sex listed on a person’s birth certificate, as originally issued, shall constitute definitive proof of a person’s sex unless rebutted by reliable genetic evidence.”

The basis for the memo was the need for an administration-wide definition of gender “on a biological basis that is clear, grounded in science, objective and administrable” for the purposes of interpreting and enforcing sex-specific government rules and regulations.

In an unsigned editorial dated October 30 and promoted via Twitter on November 19, the Nature International Journal of Science called the policy a “terrible idea that should be killed off.”

Editorial: The US Department of Health and Human Services proposes to establish a legal definition of whether someone is male or female based on the genitals they are born with. This proposal has no foundation in science and should be abandoned. https://t.co/GakJypiEED

The publication is part of Nature Research, which describes its mission as being “to place before the general public the grand results of Scientific Work and Scientific Discovery; and to urge the claims of Science to a more general recognition in Education and in Daily Life.”

The piece argues the policy “has no foundation in science,” would “undo decades of progress on understanding sex…and gender,” and “would undermine efforts to reduce discrimination against transgender people and those who do not fall into the binary categories of male or female.” It also claims that “sex” and “gender” are two distinct concepts, with the latter being a “social construct related to biological differences but also rooted in culture, societal norms and individual behaviour.”

The piece does not debunk the concept of biological sex, however; it primarily cites rare cases in which “hormonal conditions, genetic changes or anatomical ambiguities” render a person’s true sex ambiguous, or cases in which “conditions including an inability to respond to testosterone” can confound DNA tests.

Such exceptions are not what the vast majority of conservatives have in mind, however. Policies like the Trump proposal are generally meant to address the phenomenon of “gender fluidity,” people who claim to be members of the opposite sex for mental or emotional reasons. Gender confusion has been linked to a variety of long-term ills, including higher suicide rates.

Nevertheless, Nature claims there is an “expert consensus” that gender is a “spectrum,” and that disagreement with transgender ideology has “nothing to do with science and everything to do with stripping away rights and recognition from those whose identity does not correspond with outdated ideas of sex and gender.”

The editorial provoked a wave of mockery on social media:

To say “this proposal has no foundation in science” is nonsense.

The genitals one is born with show overwhelming correlation with one's self-assessed gender, as predicted by evolutionary theory.

If we grant Nature's claim, we condemn the study of complex phenomena to a dark age https://t.co/I3gPra3lYa

Is there a geneticist in the house? Someone please explain to the editors what a Y chromosome is and what its function is.

Yes, biological mutations can occasionally create ambiguity in sexual classification. But these are edge cases. For the overwhelming majority of the population, your assertion is demonstrably false. Such motivated reasoning in a science journal is disappointing.

Abandon all pretense of science ye who enter the domain of the 0.2% anomaly as proof that 99.8% of occurrences have no foundation.

The same ppl who wrote this would have thought it was idiotic 4 years ago.

This began with the idea that pointing out the known & obvious differences between genders was insensitive to some ppl.

Now, they actually believe it. Put feelings over science for too long, u get this

I am always confused as to how scientists manage to speak about male and female animals, their differences and various roles, all without ever admitting that they never even asked them for their pronouns.

Publications under the Nature banner have grown increasingly ideological over the years. In August, Nature Human Behavior published a piece by Northwestern University’s Katie Watson titled, “It is time to combat abortion stigma.”