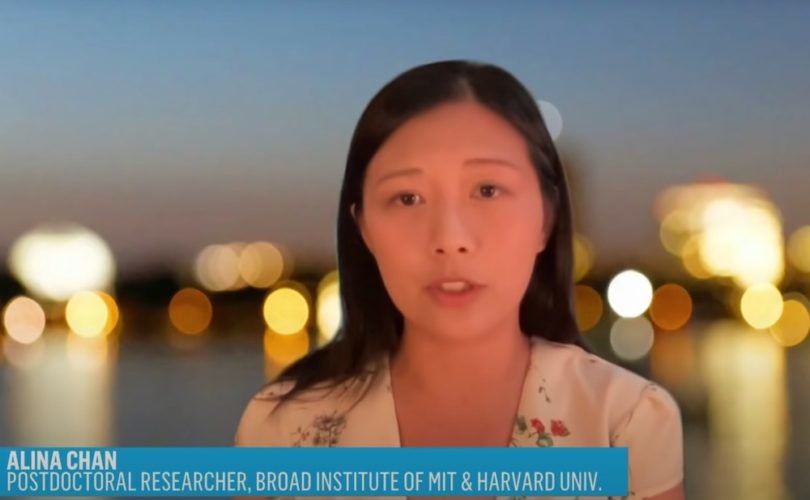 June 18, 2021 (LifeSiteNews) — As support for the idea that the novel coronavirus originated in a lab in China grows among the mainstream media and liberal politicians, one scientist has admitted what many conservatives have long suspected

When President Trump expressed interest in the Wuhan Institute of Virology as a potential source of the coronavirus outbreak last year, political pundits were quick to accuse him of fueling anti-Asian racism.

Alina Chan, a genetic engineering specialist and postdoctoral associate at the Broad Institute of MIT and Harvard University, told NBC News on Wednesday that some scientists kept silent about their interest in the hypothesis that the virus was man-made because they didn’t want to be considered racist too.

“At the time, it was scarier to be associated with Trump and to become a tool for racists,” Chan said, “so people didn't want to publicly call for an investigation into lab origins.”

But despite the fact that none of the scientific evidence has changed in the past 16 months, now that Trump is out of the White House it has become acceptable to question the natural origins of the virus, with President Joe Biden and top scientists voicing support for the lab-leak theory which had long been derided as a conspiracy theory.

Alina Chan herself has defended the possibility of a lab-leak since last year. In May 2020 she co-authored a study in which she and her fellow researchers observed that SARS-CoV-2 virus was “well adapted for humans.”

The study was the subject of a Newsweek article published the same month which cautiously suggested that the lab-leak hypothesis ought not be entirely discounted.

In Chan’s study, she and her fellow authors noted, “Our observations suggest that by the time SARS-CoV-2 was first detected in late 2019, it was already pre-adapted to human transmission to an extent similar to late epidemic SARS-CoV.”

The study concluded that the “sudden appearance of a highly infectious SARS-CoV-2 presents a major cause for concern,” adding that regardless of the virus’ origin, its characteristics “should motivate stronger international efforts to identify the source and prevent near future re-emergence.”

According to Newsweek’s article last year, “China has dismissed the idea as a conspiracy theory” and the “scientific community has generally agreed with China's position that the Coronavirus jumped species in nature, probably at a wet market in the city of Wuhan.”

Steven Mosher, an author, speaker, and the president of the Population Research Institute, told LifeSiteNews in an email Thursday that “the Wuhan lab was always the most likely point of origin for the China Virus, as I insist on calling it.”

In an exclusive interview with National Geographic just prior to the May 2020 Newsweek article, Dr. Anthony Fauci claimed that “a number of very qualified evolutionary biologists have said that everything about the stepwise evolution over time strongly indicates that [this virus] evolved in nature and then jumped species.”

Chan says she has been pushing for an investigation into the lab leak theory since March but to no avail. As her recent comments suggest, too many of her colleagues were afraid to risk their careers by seeming to side with a president who had been declared a “racist.”

In a tweet defending her fellow researchers, Chan wrote Thursday:

To the folks tweeting at me about how despicable or cowardly it is for scientists to have sat on their doubts that the virus might’ve come from a lab: 1. You’re writing to the wrong person. 2. It’s normal to be afraid to wade into a politically toxic situation.

But according to Mosher, the blame for the politicization of the idea of the lab-based origin of the coronavirus lies with the Chinese Communist Party, not President Donald Trump.

“It wasn't ‘Trump’ who politicized the questions of origins, it was the Communists, who politicize everything, and the virologists, who lied in an effort to escape responsibility,” Mosher told LifeSite. “These same scientists aren't ‘grappling with enduring uncertainties,’ they are now simply trying to delay and distract the public from reaching a conclusion that has been obvious from the beginning.”

“No one should any longer be referring to the lab leak ‘hypothesis,’” Mosher argued. “The China Virus was created in the lab as a bioweapon, released from the lab, and deliberately spread around the world.  The Chinese Communist Party is responsible for causing millions of deaths and trillions in economic damage.  Trump was right then, and he is right now:  China owes us reparations.”