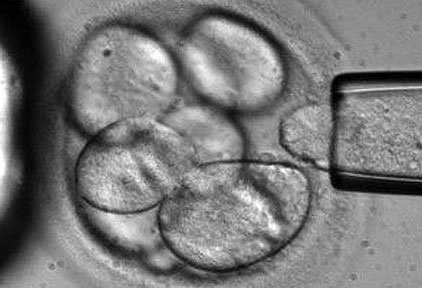 February 20, 2015 (C-Fam.org) — Unborn children can contribute stem cells that help repair their pregnant mothers’ diseased heart tissue, a scientist told a conference on women’s health at the UN last week. This groundbreaking research with ethical stem cells provides promise for treatments for other heart disease patients in the future.

Dr. Hina Chaudhry of Mount Sinai School of Medicine presented her research to enthusiastic applause at a two-day forum on women’s health helmed by Princess Dr. Nisreen El-Hashemite, granddaughter of King Faisal I of Iraq, who is also a biomedical researcher.

Conference speakers discussed a range of topics relating to women’s mental and physical health, as well as women’s contributions to the field of medicine and health policy. Dr. Chaudhry noted that her research – which has since been published in some of the top journals in her field – initially proved difficult to fund, in part because it focused on a relatively rare observation most frequently seen in women of ethnic minorities.

Its implications could be much bigger. Researchers had previously known that fetal cells could remain in the mother’s body after birth – a phenomenon known as microchimerism – but Chaudhry and her team revealed the potential healing effects of this for cardiac disease.

“Identifying an ideal stem cell type for cardiac regeneration has been a major challenge in heart disease research,” said Dr. Chaudhry in a press release describing a paper showing that fetal stem cells from the placenta could be used to regenerate heart tissue. “Embryonic stem cells have shown potential but come with ethical concerns,” she added.

Conference organizers intend for this event to be the first in an annual series. The theme of the inaugural forum was the importance of women’s health in the post-2015 development agenda currently being decided by UN member states.

The topic of women’s health at the UN has historically been fraught with controversy, as feminist groups attempt to persuade the global community that abortion is an essential component of women’s rights and well-being. While some participants in the conference argued this perspective, their message did not predominate the discussion.

At the end of the event, a non-binding declaration was circulated. It was adopted by applause after a few brief inputs from participants.

A representative from Women Deliver, an organization that promotes abortion, requested removing any mention that reproductive health care should be delivered “with respect to different societies’ cultures, ethics, and beliefs.”

“That’s not UN language,” she said. The moderator said they would take her remarks under consideration. The final declaration was not published by the Friday Fax’s deadline.

In her opening remarks, Princess Dr. Nisreen alluded to the need for a balanced discussion. “Other than sexual and reproductive health, the subject of women’s health has not been discussed as much as necessary around the world.”

Discussion of unborn children has even farther to go. The princess’s research focused on pre-implantation genetic diagnosis, a process by which couples at risk to pass on genetic diseases can create embryos by in vitro fertilization and select ones for implantation and others to be discarded. One of her publications described this as an “alternative” for families for whom “pregnancy termination is still unacceptable.”