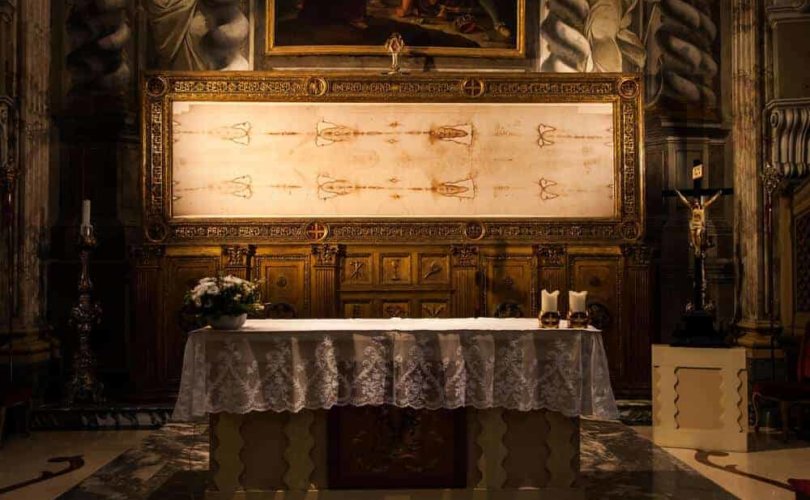 PARIS, July 24, 2019 (LifeSiteNews) — Decades-old claims that the revered Shroud of Turin is a hoax perpetrated since medieval times have been in turn found to be based on faulty evidence, according to researchers in France and Italy.

Believers have long contended that the Shroud, which is preserved at the Turin cathedral in Italy, is truly the burial shroud of Jesus and that it bears the image of the resurrected Christ. But after the Vatican allowed scientists to examine the Shroud in 1988, a controversial radiocarbon test suggested in an article published by the prestigious Nature journal that it dated merely to between the years 1260 and 1390. Researchers from the University of Arizona, Oxford University, and the Swiss Federal Institute of Technology contributed to the study.

Since then, those seeking to challenge centuries-old Christian tradition have referred to the Shroud as a forgery or medieval hoax.

However, the theory that the Shroud amounts to an elaborate millenarian hoax has been questioned by various experts and scientists for decades. They have long complained that the three small samples taken from the Shroud came from the same outer edge of fabric that is believed to have been sewn or woven on a damaged corner of the Shroud. According to American chemist Raymond N. Rogers, that corner had become worn out by centuries of handling by the devoted who held it up for public exhibition.

In a new study that appeared in Oxford University's Archaeometry, a group of researchers reported on their new analysis of the data used in the earlier study. The group describes their reanalysis of the data used in the prior study and what they found. In L’Homme Nouveau, research team leader Tristan Casabianca said the test samples collected for the 1988 test were invalid, having found them to be heterogeneous.

L’Homme Nouveau reported that Casabianca said researchers have asked without success since 1989 for raw data from the institutions that conducted the prior study. Casabianca said it was only after the British Museum, which supervised the laboratories, acceded to a legal request that he had access to hundreds of unpublished pages from the earlier study, including raw data. His team found that “the 1988 carbon 14 dating was unreliable.”

“The tested samples are obviously heterogeneous (many different dates), and there is no guarantee that all these samples, taken from one end of the sheet (Shroud), are representative of the whole fabric. It is therefore impossible to conclude that the Shroud of Turin dates from the Middle Ages,” Casabianca said.

Therefore, the researchers are calling for new studies of the Shroud to be undertaken to determine its true age. To do this, Vatican authorities would once again have to grant access to the Shroud. However, Church officials are reportedly reluctant to allow further testing of what has become the most studied and analyzed artifact in the world.

The Shroud has been shown to possess, according to experts, mysterious characteristics unlike any similar remaining ancient fabric artifacts. For example, the approximately 14-foot linen cloth has linear, front-to-back and anatomically correct blood stains that reproduce the image of a crucified man. Those markings appear to record the Biblically-attested marks and wounds suffered by Jesus Christ during His passion and death.

The Shroud also displays 3-D “distance information” that resemble a topographical map of the Man of Suffering. In addition, it displays properties first discovered in 1898 resembling a negative photographic image that, upon viewing as a positive image, clearly shows the agonies suffered by the “man” depicted. The image on the Shroud does not penetrate the fabric but only sits on top.

Currently, donations are being sought to offer an exhibition of scientific findings about the Shroud at the Museum of the Bible in Washington, D.C. Anyone who wants to know more about the Shroud can find further information at a site for Shroud evangelization, a collection of Shroud photography, and two new Shroud museums.