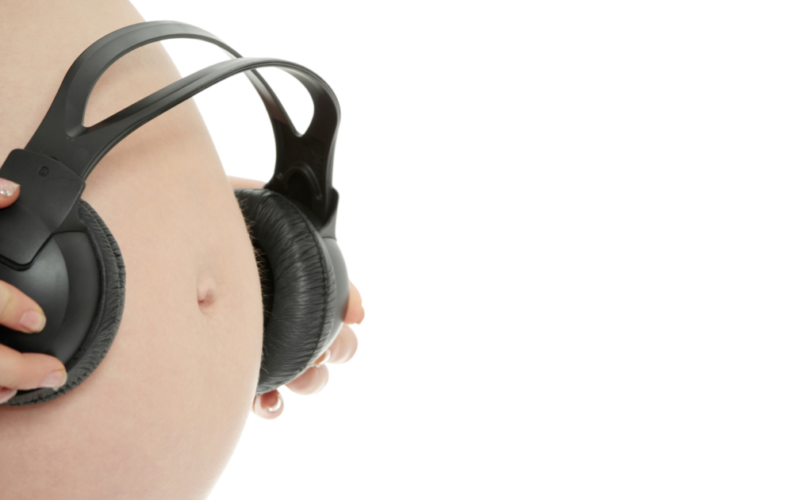 HELSINKI, Finland, October 31, 2013 (LifeSiteNews.com) – There’s no shortage of products on the market designed to help parents expose their unborn babies to music. Experts and savvy marketers alike have long speculated that prenatal musical exposure might make babies smarter, or at least help them develop similar tastes to Mom and Dad. Others dismiss the “Mozart Effect” as a myth and a sales gimmick.

A new study out of Finland, however, may send sales of belly-mounted headphones skyrocketing, as researchers say they have found conclusive proof infants can recognize a lullaby heard in the womb for several months after birth. Not only does this suggest babies can remember things they hear and experience prior to birth, the study’s authors say it may be an important component of speech development for infants as they grow into children.

The University of Helsinki’s Cognitive Brain Research Unit studied 24 women during the third trimester of their pregnancies. Half of the women played “Twinkle Twinkle Little Star” for their babies five days a week throughout the final weeks of pregnancy; the other half did not.

Researchers found that after the babies were born, the ones who had listened to the song while still in their mothers’ wombs reacted much more strongly than the others to the sound of melody when it was played, even up to four months later.

Previously, the team had studied the effects of speech on preborn babies, and found that as newborns, they showed a clear response to words they had heard repeatedly in the third trimester of their mothers’ pregnancies. But that study did not follow up to see if the babies remembered the words later on.

“This is the first study to track how long fetal memories remain in the brain,” said Dr. Minna Huotilainen, the study’s lead author. “The results are significant, as studying the responses in the brain let us focus on the foundations of fetal memory. The early mechanisms of memory are currently unknown.”

Scientist Eino Patanen added, “Even though our earlier research indicated that fetuses could learn minor details of speech, we did not know how long they could retain the information. These results show that babies are capable of learning at a very young age, and that the effects of the learning remain apparent in the brain for a long time.”

The study, which was conducted with the help of the Academy of Finland's Finnish Centre of Excellence in Interdisciplinary Music, was published Wednesday in the American scientific journal PLoS ONE.

CHILDREN IN WOMB CAN HEAR FROM 20 WEEKS
Newborns remember words they heard in the womb: study