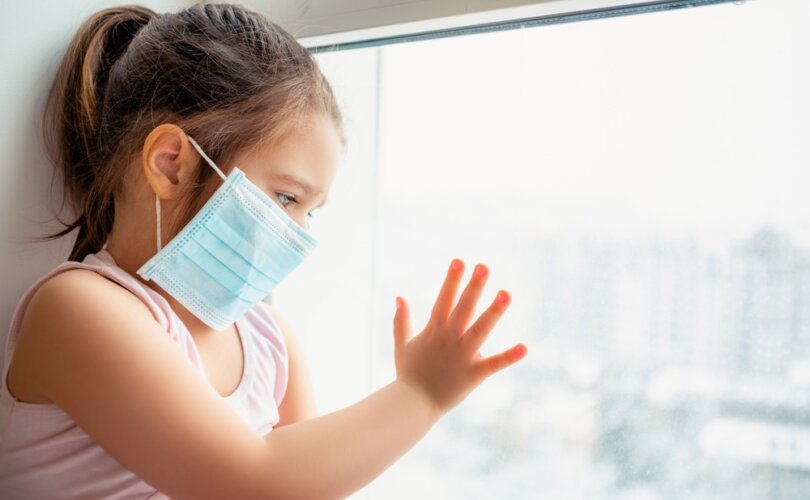 (LifeSiteNews) — Mandatory protocols implemented allegedly to curb the spread of COVID-19 have reportedly contributed to a spike in respiratory infections, particularly in children, as people have failed to develop immunity to common viruses over the past two years.

Scientists told CNN on Wednesday that this year’s “unprecedented” early surge in Respiratory Syncytial Virus (RSV) infections in adults and children can be traced back to the so-called “immunity gap” caused by pandemic measures like masking, increased sanitization, social distancing, and lockdowns that, they said, stopped people from contracting and developing natural immunity to RSV infections.

An analysis conducted by the outlet found that RSV infections in the U.S. are 60% higher than they were during the “peak week” in 2021, a percentage the outlet noted is likely an underestimate.

“The pandemic behaviors created an “immunity gap” or “immunity debt” that makes more people in the US vulnerable to diseases like RSV.” https://t.co/lu9uQqvEnG

The doctors who spoke with CNN on Wednesday, Dr. Kevin Messacar, an associate professor in the Department of Pediatrics at Children’s Hospital Colorado, and Rachel Baker, an epidemiologist and assistant professor at Brown University, had previously co-authored a commentary on the issue published this summer in The Lancet.

They told CNN the “immunity gap” is fueling increased rates of infection this year as most communities and governments have dropped their lockdowns and mandates.

Messacar told the outlet that “[t]he degree of societal changes that occurred with the Covid pandemic really is unprecedented in modern day,” noting that the “changes” have contributed to spiking rates of RSV and influenza in adults and children.

Baker said her predictions about rising RSV cases in babies and children who had been kept away from environments where they could contract viruses during the height of the pandemic have been borne out.

The Associated Press also flagged the immunity toll that pandemic-related measures have taken, “The virus is encountering a highly vulnerable population of babies and children who were sheltered from common bugs during the pandemic lockdowns,” the report noted after observing that RSV typically results in as many as 58,000 hospitalizations and 100-300 deaths per year in children under age five.

The Washington Post pointed out that per recent CDC data the numbers are roughly comparable to the “369 infants and 196 children between ages 1 and 4” who have died with COVID-19 listed as a cause of death “over the entire course of the pandemic.” The outlet cited a CDC estimate that up to 2% of babies younger than 6 months old who contract RSV “might have to be hospitalized.”

“What we lacked is a couple of years of little kids developing the immunity that’s needed to keep these colds at bay,” Dr. Buddy Creech, a pediatric infectious disease expert at the Vanderbilt University Medical Center in Nashville, Tennessee, told NBC.

Dr. Deanna Behrens, a pediatric critical care physician at a Chicago hospital, told NBC the immunity gap is causing vulnerabilities not just to RSV but to every to which virus a child has already developed immunity.

“There is no one virus that’s causing pediatric respiratory viruses this fall,” Behrens told NBC. “Unfortunately, it’s all of them.”