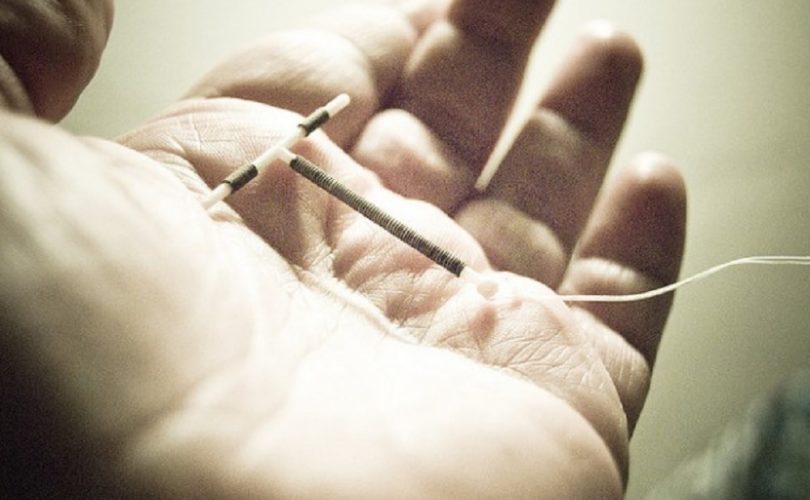 July 20, 2021 (LifeSiteNews) – A recent article in the Washington Post’s women’s newspaper The Lily provides several accounts of women enduring agonizing pain after having intrauterine devices (IUDs) inserted, most of whom were dismissed by their doctors.

The IUD is a contraceptive tool. According to IUD manufacturer Mirena, IUDs prevent pregnancy by “thickening cervical mucus, preventing sperm from entering the uterus, inhibiting sperm movement so it’s more difficult to reach and fertilize an egg.”

It can also work as an abortifacient by thinning the lining of the uterus and preventing the embryo from attaching to the uterus. The copper IUD causes an inflammatory reaction which is toxic to sperm and eggs as well as to the fertilized embryo, thereby causing abortions.

Many obstetricians warn their patients of potential discomfort after the IUD insertion procedure, including irregular cramping. However, many women reported extreme pain which forced them to take medication and use other non-pharmaceutical methods to deal with the pain.

The Lily asked women to share their testimonies. One hundred thirty-one women responded, most of whom recounted severe pain either during the procedure or after they received their IUD.

The article cites gynecologist and Planned Parenthood associate medical director Stacy De-Lin. Planned Parenthood is the nation’s largest abortion chain. De-Lin claimed the “vast majority of her patients who use the IUD are thrilled with their experience,” but many said that they felt ignored or overlooked by doctors who refused to adequately address their pain and were unwilling to remove the IUDs to relieve it.

Danielle Petermann, a 48-year-old woman who has had an IUD since 2013, said, “There are enough tales of discomfort that go beyond just taking an Advil or Tylenol that I think there should be more information available.”

After receiving her IUD, another woman, Tiffany Washington, returned to her doctor because of intense pain that forced her to spend two days in bed. The nurse in the office reportedly rolled her eyes at Washington, asking, “Back so soon?”

This caused Washington to reconsider her decision and to determine to attempt to endure the pain. However, after a few more weeks, she visited a local Planned Parenthood abortuary and had the device removed.

Many other women recounted stories of doctors dismissing their complaints and instead telling them to continue with the IUDs. One doctor advised her patient to remove the IUD herself.

Another woman, Valerie Johnson, recounted her doctor dismissing her extreme pain, only to realize weeks later that the IUD had perforated her uterus and lodged itself in a fat deposit.

She went into surgery a few days later. “I tend to defer to the experts,” Johnson said. “I wish I had been a stronger advocate for myself when my pain was dismissed.”

Pro-lifers have long noted that most gynecologists prioritize contraception over solving women’s underlying health concerns, and that most forms of contraception – including “the pill” and IUDs – have the capacity to induce very early abortions.