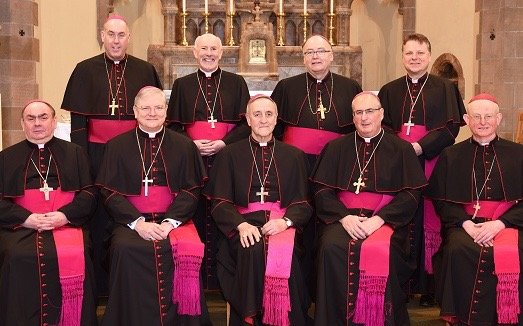 GLASGOW, Scotland, August 19, 2016 (LifeSiteNews) — The Catholic Church in Scotland is flatly denying that it is lending its support to advancing a pro-homosexual curriculum in Catholic schools, despite secular as well as gay news sources claiming the opposite.

Last month Herald Scotland published a piece showcasing what it called a “radical new school curriculum which will put LGBTI issues at the centre of education.” The curriculum is being developed and campaigned for by a pro-homosexual organization called Time for Inclusive Education (TIE). According to the Herald the curriculum “would be the first in Europe to put LGBTI – lesbian, gay, bisexual, trans, and intersex – children on an equal footing with heterosexual pupils.” TIE is aggressively campaigning to make the curriculum mandatory.

When the Herald asked the country’s Catholic Church if it supports the teaching of LGBT matters in Catholic schools, it reported its findings as follows:

The Catholic Church has also indicated support for TIE, insisting there is a “zero tolerance approach” to discrimination in Catholic schools and moves are afoot to ensure all teachers feel confident in addressing LGBTI+ issues.

A spokeswoman for the Catholic Church in Scotland said: “The Church is working with the Catholic Head Teacher associations to ensure that all teachers have adequate knowledge, understanding and training and feel confident in addressing all aspects of relationships education, including LGBTI+ matters, in an appropriate and sensitive way.”

Homosexual news sites immediately highlighted the report, enthusiastically announcing that the Scotland Catholic Church was taking on “homophobia” in its schools.

Here are a few of the headlines:

While TIE states that its “ultimate goal” is “LGBTI+ inclusion in all school curricula and pastoral care resources,” a brief perusal of TIE’s website reveals that what it is aiming for is not compatible with Catholic teaching on marriage, sexuality, and the human person created as male or female.

According to TIE “same sex relationships and transgender people should be visible in the images and resources used throughout the educational institution.” But according to Catholic teaching acts within homosexual relationships are “intrinsically disordered” and “under no circumstances can they be approved.”

One resource on TIE’s website goes as far as stating that it is “important to normalise homosexual sex in the eyes of straight pupils so that it is not seen as disgusting or abnormal.”

If TIE gets its way, all teachers must be formed according to its ideology, stating that teaching certifications should only be granted to those individuals, including Catholic teachers, who receive “LGBTI+ training as part of their required qualification.”

When LifeSiteNews asked Scottish Archbishop Philip Tartaglia, President of the Bishops' Conference of Scotland, whether the Catholic Church in Scotland supports TIE and its goals, Fr. Thomas Boyle, the conference's assistant general secretary, responded in the negative.

Fr. Boyle took issue with how the Herald interpreted the statement provided for its report, namely, that the “Church is working with the Catholic Head Teacher associations to ensure that all teachers have adequate knowledge, understanding and training and feel confident in addressing all aspects of relationships education, including LGBTI matters, in an appropriate and sensitive way.”

“That they chose to interpret this as support for TIE just demonstrates an inability on the part of the journalist to read something and perhaps ask: 'What does 'appropriate' way mean?” Boyle told LifeSiteNews via email.

When LifeSiteNews asked him to explain “appropriate” in this context, he responded: “It's about Catholic schools so obviously it'll be done in a 'Catholic' way.”

When pressed to be more specific about teaching LGBT matters in a “Catholic way,” Boyle declined to comment further.

The energetic push for the pro-homosexual curriculum comes 16 years after the repeal of Section 28 in Scotland, a law that prohibited the promotion of homosexuality to children in school.

At that time, advocates for the repeal assured the public that the goal of the repeal was not teaching children about homosexuality, but tolerance.

“Repeal is not and never has been about the promotion of homosexuality in our schools. Nor is repeal about political correctness or even marriage. It is about building a tolerant Scotland,” stated Communities Minister Wendy Alexander at that time.

TIE states on its website that it will “continue to campaign until we live in a society where we are no longer required.”