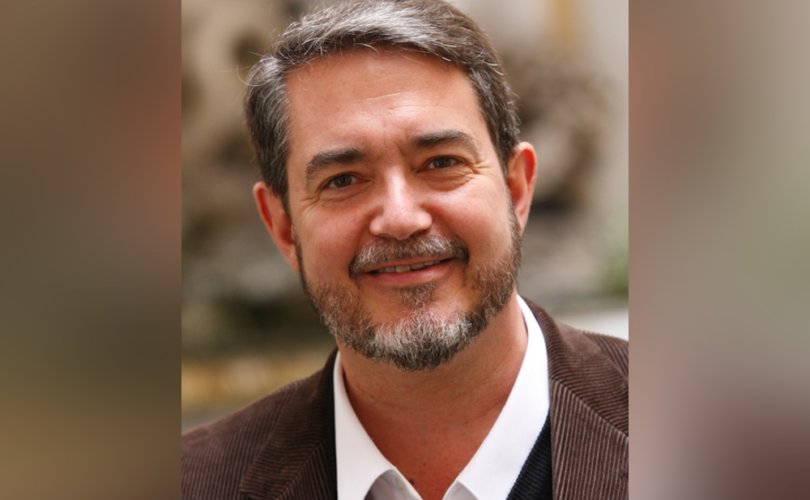 WASHINGTON, D.C., October 4, 2018 (LifeSiteNews) – Catholic apologist, author, and Franciscan University of Steubenville professor Scott Hahn has stated that clergy convicted of being sexual predators shouldn’t be defrocked, they should receive “excommunication.” He appeared to be referring to now ex-Cardinal McCarrick without mentioning him by name.

Hahn said to participants at the Napa Institute’s Authentic Catholic Reform Conference in Washington D.C. earlier this week that excommunication is a “hard medicine” that ultimately seeks the good of the one being punished. He also said that calls for the predatory ex-cardinal Theodore McCarrick to be “reduced to the lay state” indicated contempt for the laity.

Hahn, whose lecture was titled “Universal Call to Holiness,” had just told his audience that lay people, no less than clergy, were called to be saints.

“What has brought this to my attention recently is a prelate, that we may all have read about, who was convicted, and then he was basically forced to resign from his cardinalate,” Hahn stated.

“And why? Because he was a predator. He was also a promoter of other predators,” he continued. “He was also a protector. And so what do they say? ‘He can no longer be a cardinal.’ And then people said, ‘That’s not enough’. So what should we do to punish him? ‘Defrock him!’” And what does that imply?”

“So much for the universal call to holiness,” he exclaimed.

The former Cardinal Theodore McCarrick was removed from public ministry this June after a credible allegation that he had molested an altar boy was made public. Other allegations of abuse of boys and young men followed. In July, after Catholic institutions scrambled to distance themselves from the once-powerful prelate, McCarrick resigned from the College of Cardinals. Then in August, Archbishop Carlo Maria Viganò, a former papal nuncio to the USA, released a testimony alleging that Pope Francis, knowing of McCarrick’s unsavory reputation, made him “one of his principal agents in governing the Church.”

Echoing an earlier lecture, Hahn pointed out that St. Paul prescribes the “hard medicine” of excommunication in his First Letter to the Corinthians (1 Cor 5:1-5). In this passage, Saint Paul condemns the sexual immorality of a member of the community and advises the community to banish the man:

The point of excommunicating “this immoral man” is not “to get even” or even primarily “to purify the Church” but for “the man’s salvation,” Hahn said. He turned to the Second Letter to Corinthians (2 Cor 2: 1-9) to point to the “result of this excommunication.” The sincerely repentant sinner can now be welcomed back with joy, “for that was the whole point” of the punishment.

Hahn exhorted his hearers not to concentrate exclusively on clerical sins — “It’s easy for us to hate the sins of the clergy” — but also to develop a “holy contempt” for the sins they “commit the most, and enjoy the most, and rationalise the most because they’re the sins that will do the most damage”, not just to themselves, but to the Church and their families.

Nevertheless, the lecturer returned briefly to the subject of clerical sin to point out that although sex between clerics and consenting adults is not a crime, it’s a mortal sin.

“But even more than mortal sin, it was desecration,” Hahn stated. “It was profaning that supernatural fatherhood in a way that is spiritually incestuous as well as sodomit[ical].”

He said that it was “almost unbelievable” that people were confronting these sins and wondering if McCarrick should be merely stripped of the cardinalate or also laicized.

Hahn believes we have a crisis that eclipses the Reformation of 500 years ago and is more akin to the three scandalous reigns of Benedict IX, the first pope in history to be accused of sodomy, almost one thousand years ago.

Saying that the laity have to take the universal call to holiness seriously, Hahn encouraged them to take responsibility for changing those things they can change. But as well as investigating the clergy, lay people need to live a sacramental life.

Key to this is going to confession, constantly tending one’s marriage, and being a good parent. Hahn emphasised that being a good father, implies having a fatherly, rather than a motherly love, a love that accepts children for who they are but still encourages them to do better.

Quoting a professor from his student days, Hahn said that the culture would be transformed “if Catholics simply lived out the sacrament of matrimony.”