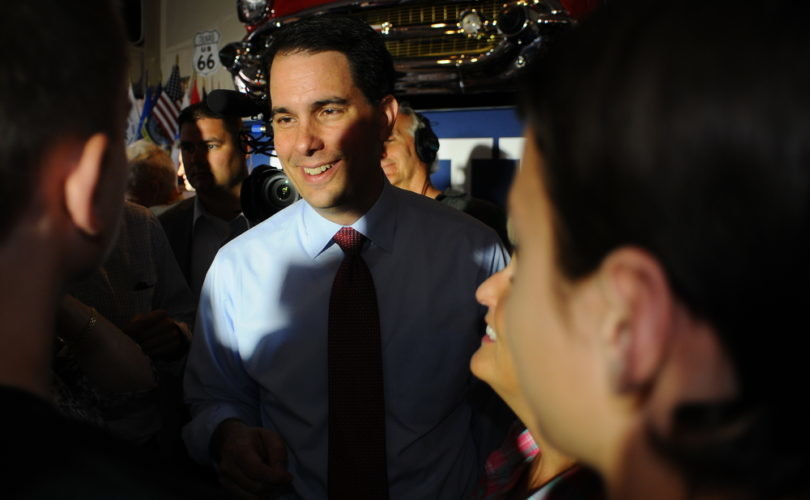 “For people, regardless of where they might stand, when an unborn child can feel pain I think most people feel it's appropriate to protect that child,” the governor said.

A child's ability to feel pain constitutes a “reasonable standard” for the state to offer protection.

The measure would disallow abortions after 20 weeks except to save the mother's life or if she would suffer major, irreparable physical harm within the next 24 hours.

Abortions outside that criteria would be classified as felonies carrying a maximum sentence of three-and-a-half years in prison and a $10,000 fine.

The parents of children aborted after that point can also sue abortionists for damages under the terms of the law.

It contains no exceptions for rape or incest — something that caused Democratic Party spokeswoman Kaylie Hanson to brand it “radical, dangerous, and lacks respect for half the population of Wisconsin.”

Late-term abortions account for approximately one percent of all abortions, both nationwide and in Wisconsin. The Department of Health Services recorded 89 such abortions in 2013, out of 6,642 total abortions.

A total of 14 states have similar laws. Eleven are in effect, while three states — Arizona, Georgia, and Idaho — have had their laws halted by a judicial ruling.

Polls show Walker with a strong lead if the first-in-the-nation Iowa caucuses were held today.

Pain-capable abortion ban to be introduced in Ohio