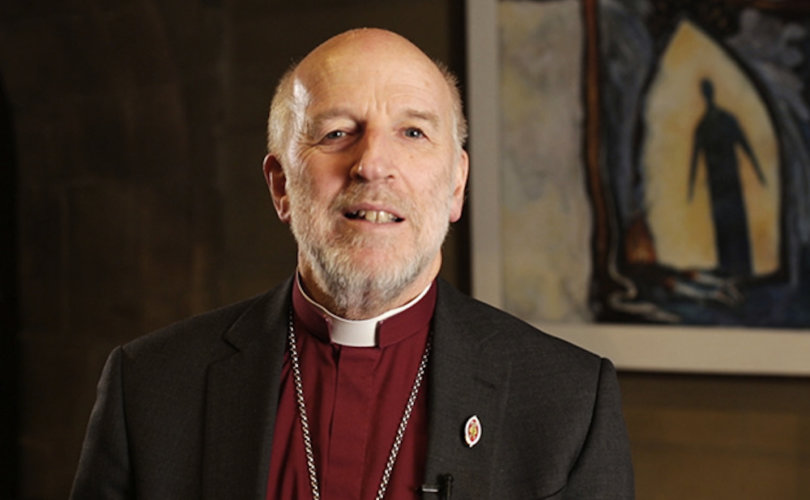 EDINBURGH, Scotland, June 9, 2017 (LifeSiteNews) — The Scottish Episcopalian Church voted Thursday to remove the doctrinal clause in its canon law that states that marriage is between a man and a woman. It becomes the first major British church, and the second member of the worldwide Anglican Communion, to green-light “marriage” services for same-sex couples.

The now-excised clause read: “The Doctrine of this Church is that Marriage is a physical, spiritual and mystical union of one man and one woman created by their mutual consent of heart, mind and will thereto, and is a holy and lifelong estate instituted of God. “

Canon 31 “Of the Solemnisation of Holy Matrimony” now stipulates that “in light of the fact that there are different understandings of the nature of marriage in this Church, no cleric shall be obliged to conduct any marriage against their conscience.” It also directs that only specially selected clerics will be able to solemnize “a marriage between persons of the same sex.” The revised canon contains no definition of marriage; in the future, marriage will be defined only in the marriage service itself.

Various members of the Synod cited their own experiences as homosexuals in the two-hour debate preceding the vote. Others, including Canon Ian Ferguson and the Reverend Ian Greenwood, argued that same-sex “marriage” contradicted the teaching of Christ and that its adoption by the Church would distress their congregations.

In a press release, the Primate of the Scottish Episcopalian Church, the Most Reverend David Chillingworth, said, “By removing gender from our marriage canon, our church now affirms that a same-sex couple are not just married but are married in the sight of God.” He acknowledged that this decision was “difficult and hurtful for others whose integrity in faith tells them that this decision is unscriptural and profoundly wrong.”

The Scottish Episcopal Church is one of 38 provinces within the worldwide Anglican Communion. The American Episcopalian Church, which has historic ties with the Scottish branch, was sanctioned by the Anglican Communion for allowing same-sex “marriage” services in 2015. The Anglican Primates stated then that the American Episcopal Church’s decision represented “a fundamental departure from the faith and teaching held by the majority of our Provinces on the doctrine of marriage.” They predicted that similar decisions by other provinces would “exacerbate” the situation.

The doctrinal innovation of the Scottish Episcopalian Church is symptomatic of the growing divide between the Anglican churches of the liberal Global North (20 percent of the Anglican Communion) and the conservative Global South (80 percent).  The Secretary General of the Anglican Communion Office, the Right Reverend Doctor Josiah Idowu-Fearon, stated that the vote put the Scottish Episcopal Church at odds with the majority stance that marriage is the lifelong union of a man and a woman. “This is a departure from the faith and teaching upheld by the overwhelming majority of Anglican provinces on the doctrine of marriage,” he said.

Same-sex “marriage” became legal in Scotland in 2014 by a vote in Scottish Parliament, despite the wishes of the majority of Scots to settle the question in a national referendum. Sixty-seven percent of the 77, 508 Scots who petitioned their government during a consultation period were against the implementation of same-sex “marriage.”