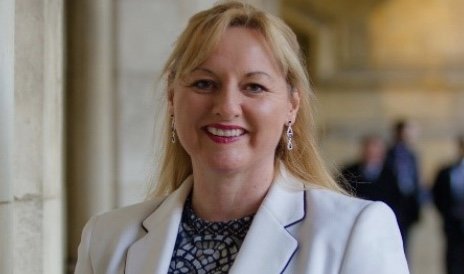 EDINBURGH, Scotland, July 18, 2019 (LifeSiteNews) ― Scotland’s Catholic bishops have written to the nation’s First Minister to defend a Member of Parliament who voted against a bill that seeks to remove the right to life of unborn children in Northern Ireland.

Bishop Hugh Gilbert, the president of the Bishops’ Conference of Scotland, told Nicola Sturgeon that her own fellow Scottish National Party (SNP) member, Dr Lisa Cameron, is being attacked for her conscientious objection to the bill.

Gilbert, who is both a Benedictine monk and the ordinary of the Diocese of Aberdeen, asked Sturgeon to make a public statement that pro-life members of the SNP will be not be passed over as candidates for office.

“On Tuesday 9 July, Dr Cameron voted against an amendment to the Northern Ireland (Executive Formation) Bill that would have lifted the legal protections presently afforded to the unborn child in Northern Ireland. It is a long-standing parliamentary convention that votes on such ethical issues are considered matters of conscience and, thus, are not subject to the party whip. Indeed, this was confirmed in writing to Dr Cameron prior to the 9 July vote by the SNP Chief Whip, Patrick Grady MP,” Gilbert wrote.

“In the days following the vote, however, Dr Cameron has been subject to a significant degree of hostility from many quarters, including ordinary members and office bearers of the Scottish National Party, some of which she describes as being ‘nothing less than vitriolic’ in nature,” the bishop continued.

“She adds that according to local officials it may ‘now be incompatible to hold pro-life views and be a SNP MP candidate to pass vetting or be elected in any capacity.’ She further notes that, despite prompting, she has received no public reassurance from the leadership of the SNP that this is not, in fact, the case. I therefore am writing to you as Leader of the Scottish National Party to seek such a public reassurance.”

Gilbert, an Englishman who has lived in Scotland since he took first took vows at Pluscarden Abbey in 1975, wrote about the high opinion many have for politicians who “remain true to their consciences” despite the costs.

“I believe I write on behalf of all who cherish freedom of conscience within the public square and hold in high regard those in public life who remain true to their conscience, even at the expense of personal popularity or political advantage,” the bishop stated.

Gilbert then quoted a beloved Scottish author who was one of the founders of the Scottish National Party:

“‘Moral courage is readiness to expose oneself to suffering or inconvenience which does not affect the body,” wrote the co-founder of the Scottish National Party, Sir Compton Mackenzie, in 1962. “It arises from firmness of moral principle and is independent of the physical constitution.”

Cameron is the Member of Parliament for East Kilbride, Strathaven and Lesmahagow, a riding about 26 miles south of Glasgow. She is not the only high-profile opponent of the bill that seeks to end protections for unborn children. It has also been opposed by members of the House of Lords, including Baron Shinkwin, a human rights activists who has called England and Wales’ less stringent abortion law “a licence to kill” disabled people.

The pro-abortion bill seems to take advantage of a political crisis in Northern Ireland, which has had no local government since January 2017, thanks to disputes between the Democratic Ulster Party and Sinn Fein. According to the Good Friday Agreement, power over the region must be shared between parties representing unionist (usually Protestant) and nationalist (usually Catholic) interests.