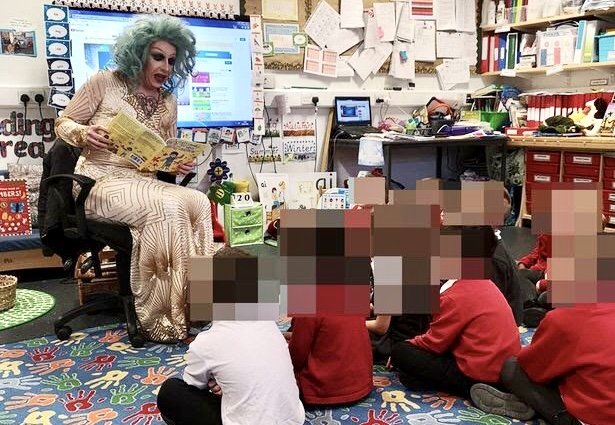 February 27, 2020 (LifeSiteNews) – The Scottish Education Secretary, John Swinney, has said that a drag queen who performs regularly on the adult entertainment scene and has a series of X-rated posts on social media should not have been invited to read stories to schoolchildren.

Earlier this month, children as young as four attended a school event featuring a drag queen who goes by “Flowjob.” After an online backlash against the event, the local council issued an apology and said that “Flowjob” would not have been invited had they been aware of the content on his social media profile. However, despite the critical response online, the school’s headteacher praised the event and local MP Mhairi Black, who was also in attendance, fired back at critics, accusing them of “homophobia.”

Similar to the apology issued by the local council, Swinney implied that the event had been primarily organized at the instigation of students, saying that there were “pupil aspirations to understand more about LGBT issues,” just as the council had said in its apology that “school pupils at Glencoats Primary are currently organising a series of activities and events to mark LGBT history month.”

Swinney said that such events were “an implicit part of the health and wellbeing part of the curriculum” but that “quite clearly this was an invitation that should not have been issued given the background material that had been on the social media account of the individual concerned.”

“I understand that Renfrewshire Council has apologized for that and I think that's the correct thing for them to have done,” he said.

“Crucially, we have to be sensitive about the invitations that are issued to enable that to be done and in this case that's not been done.”

When asked by reporters whether Black should apologize for accusing her critics of “homophobia,” he responded: “I'll speak on my behalf and I'll let Mhairi Black express her view on all of these issues. That's probably the best place to leave it.”

Richard Lucas, leader of the newly formed Scottish Family Party, told LifeSiteNews that “John Swinney is fine with having drag queens perform to children in schools, so long as they don’t have obscene posts on their social media profiles.”

Earlier this month, Lucas successfully managed to stop a drag queen from performing at a Scottish high school after producing a video highlighting the disturbing and graphic sexual nature of his regular acts. He has now published a video online about this latest instance of a drag queen appearing in a Scottish school.

“These performances are essentially asking children: how would you like to be a transvestite?” Lucas said. “And John Swinney is perfectly happy with having drag queens in schools giving that message.”