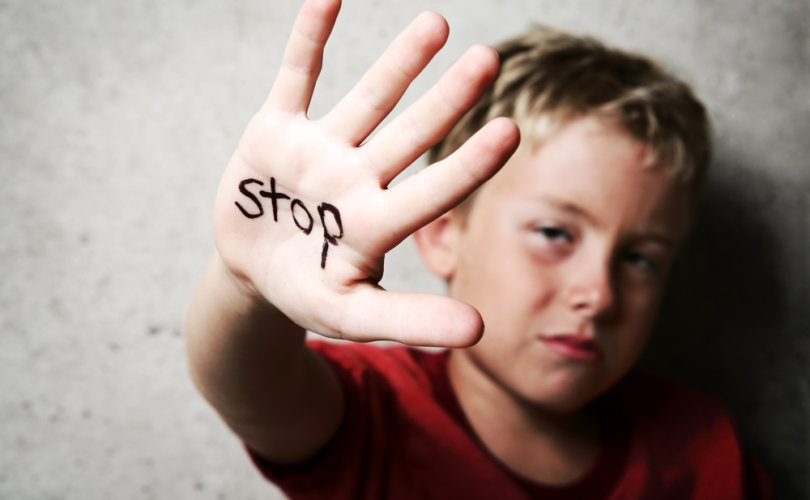 UNITED KINGDOM, July 19, 2016 (LifeSiteNews) — An ambitious government plan promising state oversight into all aspects of every child’s development is being condemned by family rights and Christian groups as an intrusive “overreach” that threatens to “oversexualize” children.

North Ayshire has produced its Child Services Plan, as required of all Scottish counties — a collaboration of police, social workers, local government, volunteer groups and what are called “children’s reporters.” It is written in a style that addresses Scottish children directly from infancy on, promising to make sure parents provide everything from warm milk when they cry to emotional support when they are discovering their gender.

“We promise,” the document, titled Getting It Right for You (GIRFY), states, “your mum will have a named midwife who will look after both of you. If your mum smokes, drinks alcohol or takes substances when she is pregnant with you, we will offer her a program to help her to stop.”

The GIRFY plan incorporates the previously announced “named person” concept whereby every child will have a single government-appointed advocate checking up on his or her parents — a health worker until school starts and a “head teacher” thereafter.

“You will have a named person,” GIRFY promises, “who will be there for you and your family. We will help your mum and dad learn what is important to be a supportive and confident parent.”

But “if your mum and dad have problems and decide to split up, we will be there to support you all through it.”

For children whose problems cannot be corrected by their parents with proper hygiene, nutrition, or discipline, the “named persons” will be able to refer them to a Scotland-wide system of “children’s reporters” or quasi-judges poised to summon “child hearings” that can direct the children to jails or retraining programs as part of “the care and justice system” for the country’s children.

The school system is also part of GIRFY. Subjects include “literacy and numeracy” but also healthy sexuality. “Sexuality isn’t just about sex — it’s about your feelings, emotions, attractions, and desires and how you express them,” GIRFY states. “Having these feelings is a normal, healthy part of human life. This is true whether you’re attracted to boys, girls or both. Some people aren’t much interested in sex at all, and this is normal too.”

Under the plan, sexuality, like all aspects of morality, is considered a matter of personal choice. “It takes time to figure out who we are sexually and to understand our gender identity, just as it takes time to figure out other areas of our lives,” the report states. “The important thing is to be true to how you feel at the time and to respect yourself and others around you.”

Older teenagers are told, “Your mood can go up and down very quickly — sometimes for no apparent reason — and you will, at times, be preoccupied by sex and relationships.”

Religion and morality will also be taught — as a kind of smorgasbord each student may choose from. “This is where you learn about different religions and what people believe, as well as views that are non-religious. You will think about these and begin to form your own beliefs.”

Critics such as Andrea Williams of Christian Concern say that GIRFY clearly threatens the parents’ rights to be primary caregivers.

“It’s an absolute intrusion,” Williams told LifeSiteNews. “The primary educators have to be the parents.” Though GIRFY’s authors pay lip service to this principle, she said, it places the state between parent and child. “This kind of overreach is never good news.”

But Williams goes further, condemning the sexual content of the school curriculum for promoting homosexuality and gender fluidity. “They are introducing the children at an early age they might never encounter. They are adding to the sexual confusion of the culture.”

Schools should instead “be promoting purity. They should teach children how to deal with our sex-saturated culture by resisting capitulation to it,” she told LifeSiteNews. Williams added that school systems across the United Kingdom are all promoting sexuality, but the “named person” concept is reserved to Scotland.

A spokesman for GIRFY said the document that led to the plan was based on a survey of “almost 8,000 young people and 630 families with young children.” Another 1,200 young people provided feedback to the first draft. “As a result, the priorities and actions outlined have been determined by young people and their families themselves — they have been given a real and meaningful voice in how the plan will deliver its promises.”

But another opponent, Simon Calvert of the No to Named Person Campaign, told the Express that GIRFY was “not only arrogant and patronizing, it’s dangerous too because it takes the focus away from vulnerable children and risks meddling in healthy families by imposing a state-mandated standard of parenting.”