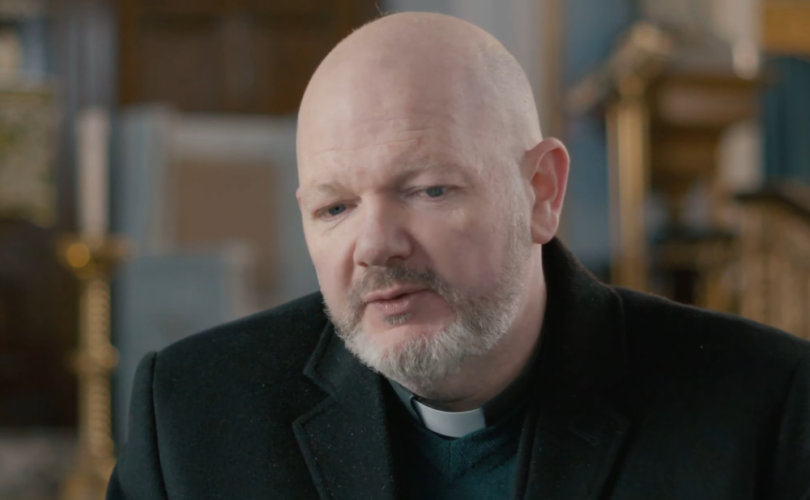 GLASGOW, Scotland, March 5, 2021 (LifeSiteNews) — At the beginning of this year, Scotland’s First Minister Nicola Sturgeon banned public worship for the second time since March 2020. Now, courageous Catholic priest Canon Tom White is leading a legal challenge against the Scottish government for its “disproportionate” blanket ban on worship, in tandem with 27 faith leaders of varying denominations.

Within the U.K., Scotland is the only nation to have a complete ban on public worship, as well as prohibiting private prayer inside churches. As things stand, the only legally permitted services are weddings and funerals, with a maximum attendance of 5 at the former, and 20 at the latter, regardless of the church’s actual capacity. All other services can only be broadcast online.

White, supported by faith-based legal advocacy organization ADF U.K., will present his arguments for reopening Scotland’s churches at a two-day hearing on March 11 and 12 at the highest court in the land, together with a similar challenge from a Protestant-led group who are supported by Christian Concern.

“As a priest, I have witnessed first-hand the grief and suffering that COVID-19 has caused for my parish members,” White said on February 16 during his “Let Us Worship” campaign. “Therefore I know, as a priest, that we need to open my church to be able to support them best in their hour of need.”

White also observed in a video statement that “in particular we as Christians acknowledge that we not only have physical needs, but spiritual needs. We need to make sure we’re not neglecting our spiritual needs which is really, truly essential for the wider, holistic health of ourselves as a society.”

The priest of St. Alphonsus parish noted the disparity in the decision of the Scottish government, which “has denied the people of Scotland that which our English neighbors enjoy; that which has been valued down south doesn’t seem to be valued up here.”

“Freedom of religion is a foundational human right. This right should be limited only to the extent that is ‘necessary and proportionate.’”

Lois McLatchie, a legal analyst at ADF International, said that the government’s decision to “completely ban public worship is disproportionate and disadvantages Scottish communities.” McLatchie noted the inconsistent application of restrictions to different businesses in Scotland, where “bicycle shops have been deemed essential and have been allowed to remain open, but churches haven’t.”

“Meanwhile,” she continued, “Westminster’s Chief Medical Advisor Chris Witty says that the evidence for closing churches is only anecdotal and not even based on scientific fact.” It is for this reason, McLatchie suggests, that governments across the majority of Europe “have been able to uphold freedom of religion and belief and uphold the freedom to publicly worship.”

“It isn’t clear why Scotland hasn’t managed to do the same,” she said.

Ryan Christopher, Director of ADF U.K., echoed McLatchie’s words: “There is no clear reason why the Scottish government could not find solutions which protect both the vulnerable and those who understand their communal worship to be as essential as food and water”

White, in like manner, decried the demotion of the spiritual health of Scotland’s faithful, affording them “no access to their church or the sacraments — an essential source of comfort, hope and spiritual nourishment.”

“It’s vital that the court determine whether the three-month suspension of all public worship was disproportionate, and, if so, prevent this extreme step from being taken again in the future,” he continued.

— Article continues below Petition —
U.S. Senators: Don't use new relief bill to fund abortion!
Show Petition Text
8819 have signed the petition.
Let's get to 9000!
Thank you for signing this petition!
Add your signature:
Show Petition Text

Sturgeon recently threw a bone to Scotland’s religiously-inclined, promising to reopen churches for public worship on April 5 with heavy restrictions in place. Attendance would be limited to either 20 or 50 people, depending on the “tier” a particular region was assigned, which will be based on the rate of infection with COVID-19.

Speaking of behalf of the Catholic Church in Scotland, Peter Kearney of the Scottish Catholic Media Office called the church attendance cap “both arbitrary and unreasonable,” and that “it also lacks any scientific basis or rationale.”

Kearney criticized the double standard being imposed on churches in light of the measures expected from the “hospitality or retail sectors, where government regulations allow a capacity calculation to be made on the basis of a premise’s overall area, notably using a ‘social distance’ of 1m between individuals.”

Conversely, “in the case of Places of Worship, a distancing rule of 2m is applied together with a maximum cap on attendance. No rationale has ever been provided by the Scottish Government for this disparity,” he said

“At Easter particularly, an absolute cap of 20 would see larger churches (500+ capacity) operating at between 2% and 4% capacity. This is invidious and unmatched by restrictions in any other sector.”

Canon White concluded by saying that the “Scottish government’s plan to reopen church doors from April is welcome progress, but it does not rectify the unjust blanket ban on public worship that is still in force and has been in place for months — particularly at a time of suffering.”

White is raising funds to help cover the costs of legal proceedings through the crowdfunding page JustGiving. He has already raised over £23,000 towards the estimated £85,000 cost.