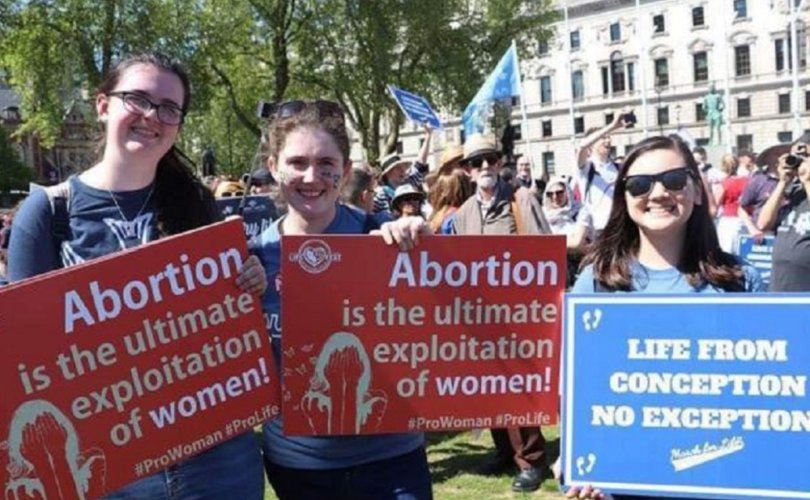 March 25, 2019 (Society for the Protection of Unborn Children) — Glasgow's student union has said it will allow a pro-life student society to officially affiliate, after it was forced to admit that refusing the group permission breached equality law.

Glasgow Students for Life (GSL) first applied to the Students' Representative Council (SRC) for affiliation in October 2018. They were denied permission the following month. Following this rejection, GSL submitted an equality complaint, arguing that the SRC had directly discriminated against the group of students on account of their beliefs, which is a protected characteristic of the Equality Act 2010. In doing so, the SRC also violated their own Equality and Diversity Policy by denying the group access to their facilities. Despite the complaint, during the SRC's meeting in December, the group almost unanimously voted to ignore their breach of the Equality Act, leaving GSL with no option but to consider further legal action.

Discrimination under the Equalities Act

In a press release, GSL said: “In our recent letter to the SRC, we highlighted that the discrimination was so obvious that our complaint was completely uncontroversial. Under Part 7 of the Equality Act, GUSRC is an 'association' and as such it must not discriminate against its members (sections 100 and 101). Under section 101(2) of the Act, it provides that an association must not discriminate against a member in the way it affords or denies access to a 'benefit, facility or service'”. The SRC's refusal to grant affiliation to GSL prevents its associated students from enjoying the benefits of SRC membership — benefits which are otherwise afforded to pro-abortion student societies.

“Aware of the imminent legal action, the SRC came to the conclusion that the rejection of GSL's affiliation was indeed a form of direct discrimination against the group of students,” the release continues. “In an e-mail to our legal advisors, the SRC stated that 'it has been agreed that GSL can affiliate to GUSRC'. Glasgow Students for Life are currently looking forward to this becoming a reality.”

The SRC does not seem to have allowed the affiliation gracefully, with the student paper reporting that: “The SRC have no option but to affiliate the anti-choice society Glasgow Students for Life following threats of legal action. The anti-abortion society threatened to sue the SRC for discrimination after they were denied affiliation in December 2018. The SRC have since sought legal advice to defend their decision, but have been advised that as anti-choice beliefs are considered a protected characteristic under the Equality Act 2010, there is no legal basis to fight the lawsuit.”

We believe in free speech but…

SRC President Lauren McDougall said: “The SRC executive believe that we must prioritise the safety and wellbeing of the majority of our students over the views of a vocal minority which is why Council chose not to affiliate Glasgow Students for Life in December. We respect everyone's right to hold their own beliefs, nonetheless, as I've said before, a line is crossed when those beliefs impact on the rights of others. However as anti-choice beliefs have been established under EU case law as a protected characteristic, we have been left with no choice but to affiliate GSL. I'd like to thank all of the students and societies who contacted us in support of our decision in December and we would like to reassure all of our students that the SRC remains committed to ensuring that UofG students are safe, healthy and fully informed and we do not endorse anti-choice views.”

However, Grace Deighan, President of Glasgow Students for Life said: “We are grateful that the SRC have decided to affiliate Glasgow Students for Life and we look forward to starting a conversation on campus. We intend to hold lectures and debates, discussing issues such as abortion, euthanasia, IVF treatment and other contentious bioethical issues. The group's intention is one that is primarily academic, and given that there are other pro-abortion and pro-euthanasia groups affiliated to the SRC, we believe that it is only fair for the pro-life argument to have a place at the despatch box.”

This story highlights a growing trend of Students' Unions attempting to censor the pro-life viewpoint, especially in Scotland. The University of Strathclyde Students Association recently voted to remove the clause in their “No platform to anti-choice!” policy which had prevented pro-life groups from affiliating with the union and being active on campus — but only after Trustees were forced to accept Strathclyde Students for Life's challenge that the policy violated section 10 of the Equality Act 2010 by directly discriminating against a group of students based on their beliefs.

Despite this, Strathclyde Students for Life have still not been affiliated, and a similar struggle is taking place at Aberdeen.

It is to be hoped that this latest victory will make it clear to student bodies that it is unacceptable to discriminate against pro-life students, and encourage those students to keep fighting for their right to defend the unborn and their mothers on campus.