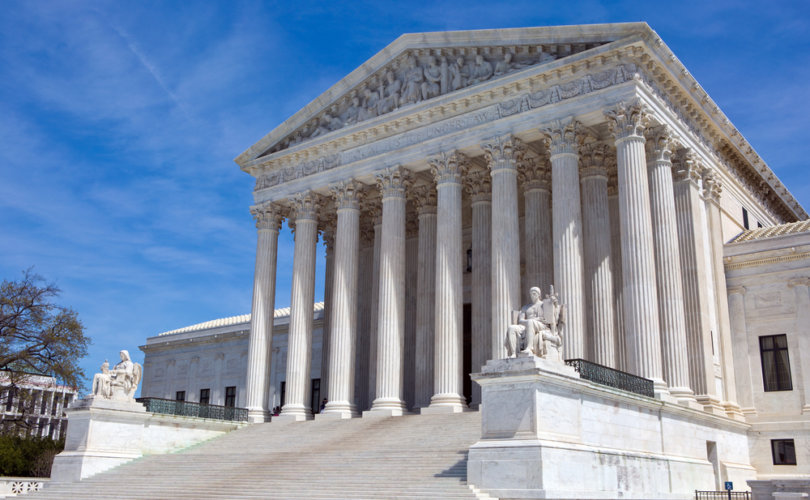 November 28, 2020 (LifeSiteNews.com) — Eight lesbian couples who used sperm donors to have children are fighting the state of Indiana to have both partners be recognized as “parents” on birth certificates. Now, the U.S. Supreme Court might be positioning itself to hear the Indiana case concerning these couples.

According to SCOTUSblog, the pending petition Box v. Henderson asks, “Whether a state, consistent with the 14th Amendment due process and equal protection clauses, may adopt a biology-based birth-certificate system that includes a rebuttable presumption that a birth mother’s husband — but not wife — is the child’s biological parent.”

Typically, when heterosexual couples give birth, even by sperm donor, the husband is presumed to be the parent, together with the birth mother. However, the state of Indiana is reluctant to apply that reasoning to lesbian couples who use sperm donors.

Slate magazine explains the homosexual lobby’s argument: “When a married same-sex couple does the same thing, however, the state refuses to list the birth mother’s wife as the child’s parent. In both instances, the second parent has no biological connection to the child; Indiana’s decision to extend parental rights to the nonbiological husbands of birth mothers, but not the wives of birth mothers, is sheer discrimination.”

The Seventh Circuit Court of Appeals sided with the eight lesbian couples, stating they must be given the same legal recognition as heterosexual couples based on a precedent set by a previous court case, Pavan v. Smith, which decided it was unconstitutional to not allow the name of both same-sex “parents” to be listed on a child’s birth certificate.

Homosexual activists are wondering how a Supreme Court with a conservative-majority would decide the case. If it decides in favor of Indiana, it might start to limit the Obergfell v. Hodges decision, which imposed same-sex “marriage” on all 50 states.