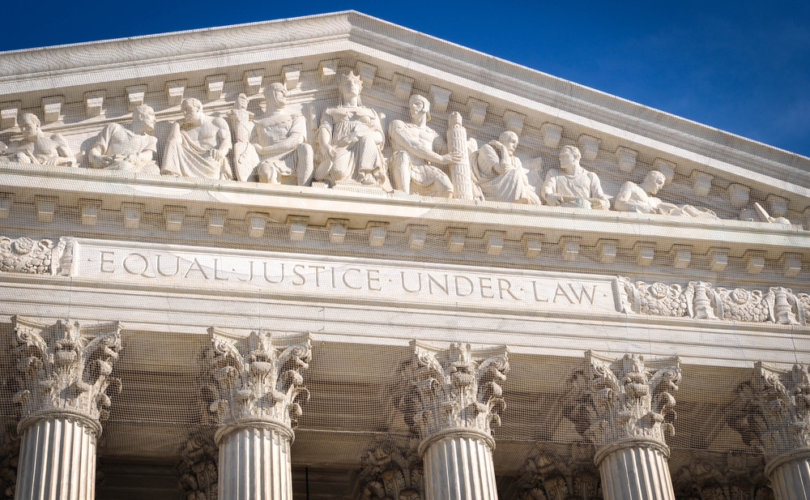 WASHINGTON (LifeSiteNews) — The U.S. Supreme Court rejected a petition from abortionists Thursday night to return challenges against Texas’ pro-life Heartbeat Act to a federal district court, quashing the hopes of abortion advocates that the life-saving legislation might be overturned.

The majority conservative Supreme Court decided to uphold the Texas law in a 6-3 decision, with liberal justices Sotomayor, Breyer, and Kagan dissenting.

Sotomayor wrote that the court’s denial to return the case to federal court amounts to allowing the state of Texas to “extend the deprivation of the federal constitutional rights of its citizens through procedural manipulation.”

No opinion was issued by the six justices who voted to reject the petition.

The group of abortionists was requesting to have a district court, where sympathetic U.S. District Judge Robert Pitman sits, rule on the state law, which currently bans abortions after the detection of fetal cardiac activity — typically six weeks into pregnancy — but the Supreme Court’s decision not to intervene means that the case will remain in the Fifth Circuit Court of Appeals.

That court had already decided on Monday that the case is one of state law and certified the Republican-controlled Texas Supreme Court to rule on the challenges to the case. No immediate decision is necessary from the Texas Supreme Court, allowing the pro-life law, Senate Bill (S.B.) 8, to remain in effect.

Rather than enforcing the abortion ban at the level of criminal law, S.B. 8 “exclusively” permits private citizens to bring civil lawsuits against abortionists or anyone else who aids in the procurement of a post-heartbeat abortion.

The law has already seen the closure of many abortion mills in Texas and an estimated 75–100 lives have been saved every day since its introduction on September 1, amounting to approximately 10,000 unborn babies’ lives being saved.

Thursday’s decision came on the eve of the 49th annual March for Life, an event in which hundreds of thousands of pro-life advocates from around the nation gather to protest the legalization of abortion wrought by Roe v. Wade in 1973, at which time abortion was enshrined as a “constitutional right.” The protestors march through the capital toward the Supreme Court.

Pro-abortion advocates have attacked the Texas Heartbeat Act as a violation of the judicial precedents in Roe v. Wade and Planned Parenthood v. Casey, while pro-life advocates argue that Texas should have the right to make its own laws limiting abortion. Moreover, pro-lifers broadly reject the legitimacy of a “constitutional right” to abortion, arguing that the U.S. Constitution does not in fact protect the killing of unborn children, and the fifth and fourteenth amendments specifically affirm the “right to life.”

The Supreme Court heard oral arguments for the Dobbs v. Jackson Women’s Health Organization case on December 1, concerning Mississippi’s HB 1510 law banning abortions from being committed past 15 weeks for any reason other than physical medical emergencies or severe fetal abnormalities.

With at least five of the judges indicating doubt regarding the legality of the Roe ruling, pro-lifers are hopeful that the case could result in the elimination of the federal “right” to abortion by reversing Roe and Planned Parenthood v. Casey (1992).