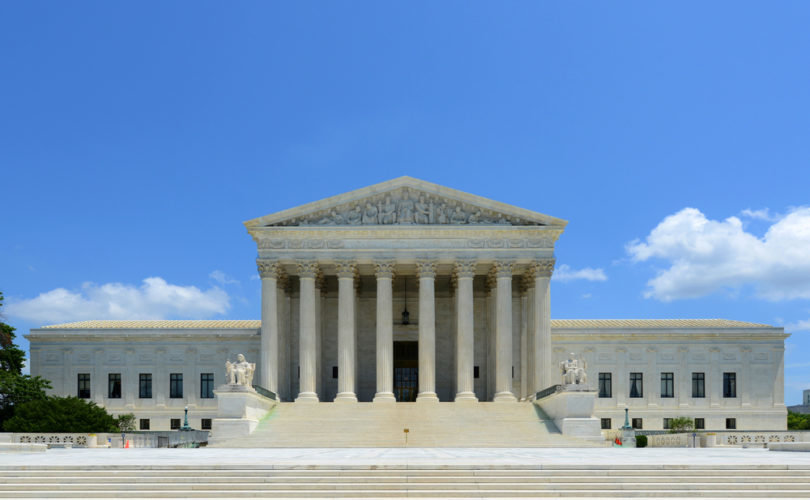 WASHINGTON, April 13, 2021 (LifeSiteNews) — Californians may exercise their freedom of religion through at-home worship services once again, according to a new ruling by the U.S. Supreme Court.

“This is the fifth time the court has summarily rejected the Ninth Circuit’s analysis of California’s Covid restrictions on religious exercise,” the majority opinion said.

The judgement made it clear that the state of California was violating the American Constitution by treating secular activities “more favorably than religious exercise.” It maintained that the government of California had not shown that “the religious exercise at issue” was more dangerous than other activities allowed to proceed with precautions “when the same precautions are applied.”

“Otherwise, precautions that suffice for other activities suffice for religious exercise, too.”

The decision cited the principles that determined the earlier litigation between California’s Gateway City Church and Governor Newsom.

“Second, the Ninth Circuit did not conclude that those activities pose a lesser risk of [COVID-19] transmission than … proposed religious exercise at home,” it continued.

“Third, instead of requiring the State to explain why it could not safely permit at-home worshipers to gather in larger numbers while using precautions used in secular activities, the Ninth Circuit erroneously declared that such measures might not ‘translate readily’ to the home.”

The minority opinion argued that the state of California has not treated secular at-home meetings different from religious at-home meeting and therefore it complies with the First Amendment.

“If the State also limits all secular gatherings in homes to three households, it has complied with the First Amendment. And the State does exactly that: It has adopted a blanket restriction on at-home gatherings of all kinds, religious and secular alike,” the dissenters wrote.

They argued also that people’s interactions at home worship were likely to be longer than those in shops, that homes are smaller than public worship spaces, and that social distancing and mask-wearing are less likely to be observed in a home, while also being more difficult to enforce there.

Nevertheless, at-home worship is now allowed in California. According to the Daily Wire, California’s COVID-19 guidance was revised on Monday. It now reads: “In response to recent judicial rulings, effective immediately, location and capacity limits on places of worship are not mandatory but are strongly recommended. The linked guidance is in the process of being updated. All other restrictions in the guidance remain in place.”

The Center for American Liberty’s founder and CEO Harmeet K. Dhillon intimated to the Daily Wire that the return of religious liberties to Californians was overdue.

“Governor Newsom should have done this a long time ago,” he said. “For over a year, the state of California has targeted the faith community for discriminatory treatment depriving them of their fundamental right to worship.”

“It shouldn’t take a decision from the Supreme Court, much less five decisions, for Gov. Newsom to realize that what he has been doing is unconstitutional,” he continued.

The Center for American Liberty was involved in 3 of the 5 challenges to California’s restrictions, and Dhillon said the decision was “incredibly gratifying” for him and his colleagues. He also pledged not to stop working to prevent further desecrations of civil liberties.

“While we celebrate the lifting of restrictions today, our work is not done,” he said. “We will not relent until we have sufficient precedent from the courts prohibiting this civil liberties crisis from ever happening again.”

There have been numerous court challenges in the U.S. and, indeed, around the world, to government restrictions upon communal religious worship stemming from concerns about the transmission of COVID-19. Over the past year governments have banned public worship or greatly curtailed the number of people who can take part.

Civil authorities have sometimes burdened church communities with greater restrictions than before without showing evidence that they are necessary to stop transmission, or that transmissions have occurred during public worship.