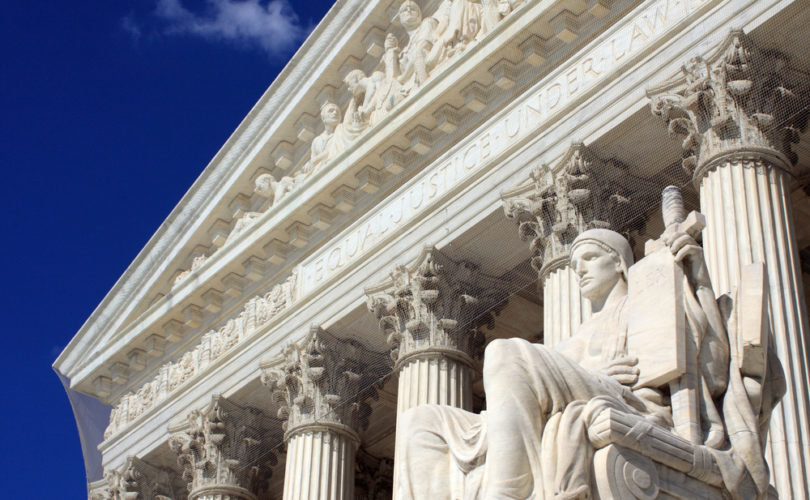 WASHINGTON, D.C., November 16, 2015 (LifeSiteNews) – A pro-life lawsuit that demanded full disclosure for a federal grant to Planned Parenthood has been rejected by the Supreme Court, though victories at a lower court remain in place.

According to a press release from the Alliance Defending Freedom (ADF), which represented New Hampshire Right to Life (NHRL) in the case, the lawsuit demanded that the Obama administration release documents about its decision to fund Planned Parenthood of Northern New England in 2011. That year, New Hampshire's Executive Council declined to send a Title X grant to Planned Parenthood over concerns that the dollars were secretly being used to fund abortions.

Within five days, the federal Department of Health & Human Services (HHS) gave a non-competitive grant to Planned Parenthood of Northern New England – a grant that pro-lifers say was given secretly and in violation of protocol. NHRL then pushed for access to the documents related to the grant – but HHS resisted, saying that to do so would harm Planned Parenthood's “competitive position” in case a competitor arose.

In 2012, a district court ordered the Obama administration to release all documents requested by NHRL, per the pro-life group's Freedom of Information Act (FOIA) request. However, in February 2015, the First Circuit Court of Appeals said HHS could withhold some information.

“Americans deserve to know if their tax money is being funneled to groups that are misusing it,” said ADF-allied attorney Michael Tierney in a media statement after the Supreme Court's rejection. “HHS is withholding documents that are critical in evaluating apparently illegal funding that the administration provided to the abortion giant despite New Hampshire's grave concerns and without following normal protocols.”

Tierney said he was “pleased … that the district court ruled in our favor on the vast majority of other documents we requested.”

Justices Clarence Thomas and Antonin Scalia dissented on the Supreme Court's rejection, writing that the lower court had improperly applied the FOIA exceptions.