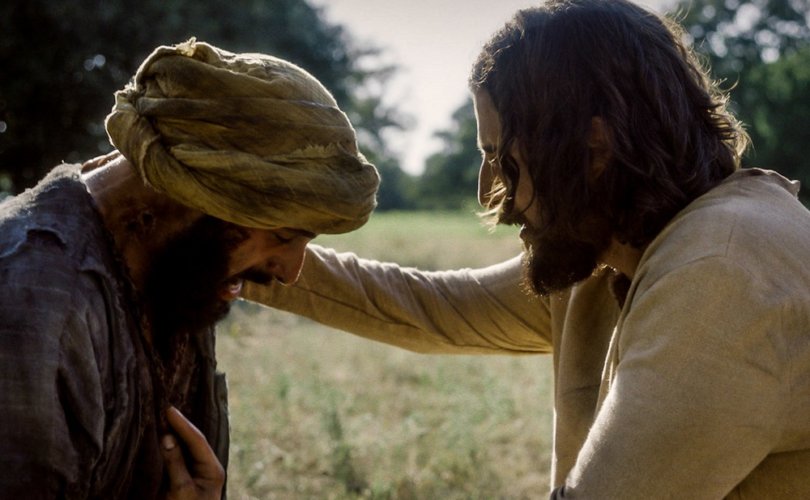 LOS ANGELES, California, August 5, 2020 (LifeSiteNews) – Season Two of The Chosen, the first multi-season series about the life of Jesus Christ, will begin production this September. The project has been fully crowdfunded through donations and investments.

In a live-streamed video, on July 23, Dallas Jenkins, the producer and co-writer of The Chosen, revealed his intention to produce Season Two.

“Between COVID-19 and the fact that we’re doing this outside the system,” Jenkins said, “it has been a challenge to know exactly how and where we can produce Season Two for the fans.”

“But those are also the reasons we feel such urgency to get the stories of Jesus to the world as soon as possible. Our fans’ generosity is allowing us to overcome these hurdles.”

Season One’s eight episodes, released in 2017 and produced by the family-friendly studio VidAngel, have been a wild success.

The series has nearly 50 million views, in more than 180 countries, with audio subtitles available in English, Spanish, Portuguese, Russian, Chinese, Arabic, and Hindi.

The Chosen is the top crowdfunded media project in history, having raised $20 million from fans alone; this is enough to produce a second season.

The second season will “explore the building of Jesus’ group of disciples and the personal and interpersonal pros and cons of Jesus’ growing notoriety as they take their ministry on the road.”

In an interview with LifeSiteNews, Jonathan Roumie, the actor who plays Jesus in the series, said, “It's been the preeminent experience of my life to honor and play Our Lord and Savior.”

“I'm a practicing Catholic…Christ has always been in my life [but] in the last several years, that relationship has really, really gotten stronger.”

“Because of the amount of times I've played Christ in a variety of projects in the last six, seven years, it's [become] clear to me that God is using me in this very specific and very literal way to bring people closer to His son,” he continued.

“I always felt that He had given me artistic gifts for a reason — to use them to glorify Him. And with this particular role He couldn't get clearer than that, as far as wanting me to use my gifts to glorify Him.”

“God wants His story to be told and He wants it to be told now,” he said. “And He's given us the opportunity to tell it and do it well.”

The Chosen can be watched by downloading the mobile app or streaming from Roku, Apple TV, Fire TV, or Chromecast. To support this endeavor, donate here.