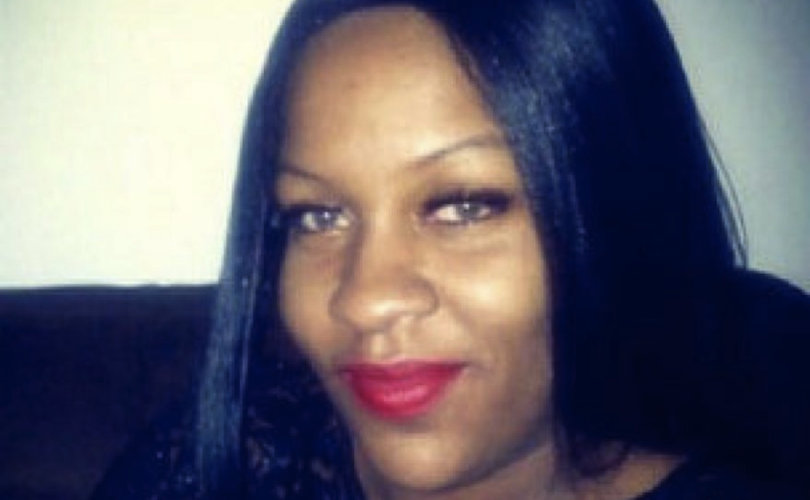 TORONTO, Ontario, March 2, 2017 (LifeSiteNews) — Toronto Police revealed this week that a second murder charge would be filed in the case of a baby who died a month after his mother was shot dead and he was delivered by emergency caesarean.

A drive-by gunman, still unknown, riddled Candice Rochelle Bobb’s car with bullets while she and three other adults were returning from a basketball game. Bobb, five months pregnant with Kyrie, died immediately, but her son was delivered alive. He died, however, three weeks later.

“Almost a year ago, after this crime took place, Campaign Life Coalition was among the first voices who called on police to lay additional murder charges in the death of Candice Rochelle Bobb’s unborn child,” said Jeff Gunnarson, vice president of Campaign Life Coalition. “Today, Toronto police have done the right thing by recognizing that an unborn baby was also a victim of homicide, along with his mother.”

Detective Sergeant Mike Carbone told reporters that police took so long to decide on the second homicide charge because the decision involved a “very, very complicated part of the law.”

However, on the face of it, it is clearly homicide as defined in Section 223 (2) of the Criminal Code. It states, “A person commits homicide when he causes injury to a child before or during its birth as a result of which the child dies after becoming a human being.”

When the unborn have been victims of crimes in the past, however, Campaign Life Coalition believes charges were withheld for political motives. Its press release states, “In so many other attacks on pregnant women and their pre-born children, political correctness has robbed the surviving family of justice.”

Campaign Life Coalition’s Jack Fonseca added, “The police today deserve praise for not allowing abortion politics to stand in the way of justice for the two people who were killed by this deplorable gang violence. A human life is a human life.”

However, pro-life legislators trying to protect unborn children injured or slain during assaults on their mothers have run up against political correctness in the past, according to the CLC.

Last year, a case closely resembling Michelle and Kyrie Bobb’s inspired a private member’s bill dubbed “Cassie’s and Molly’s Law.” It would have criminalized any assault on an unborn child committed while attacking the mother, regardless of whether the child survived birth.

Cassandra Kaake was a Windsor woman and Molly was her unborn daughter. Both died during the same vicious assault in 2014, when their killer burned their home down around them. The murderer was caught and convicted on only one murder charge.

Responding to pleas and petitions from Molly’s father and the extended families, Saskatchewan Conservative MP Cathay Wagantall introduced a bill that framed as a way to protect a woman’s right to choose — in this case, to choose to have a baby.

However, both the New Democrats and Liberals said the bill came too close to recognizing unborn children as human beings.

Liberal MP Bill Blair, parliamentary secretary to the Minister of Justice, declared, “A woman is indivisible from her fetus.” Cassie and Molly’s Law would “give the fetus a status that is not currently recognized in law.”

Wagantall told LifeSiteNews the police’s decision to lay a second homicide shows how “irrational” the government’s opposition to Cassie and Molly’s Law is. In both cases, “It is the parents’ desire to have the baby.”

But the law that applies to Kyrie’s murder does not apply to Molly’s, she said.

“There’s no deterrent to a boyfriend who hurts the mother to cause a miscarriage,” Wagantall said, citiing a poll by Nanos she commissioned last year that showed 70 percent of Canadians and 75 percent of women wanted Cassie and Molly’s Law.

Almost all of those surveyed called themselves pro-choice.

“Being pro-choice doesn’t mean being pro-abortion,” Wagantall said. “The government is completely out of touch with Canadians on this.”