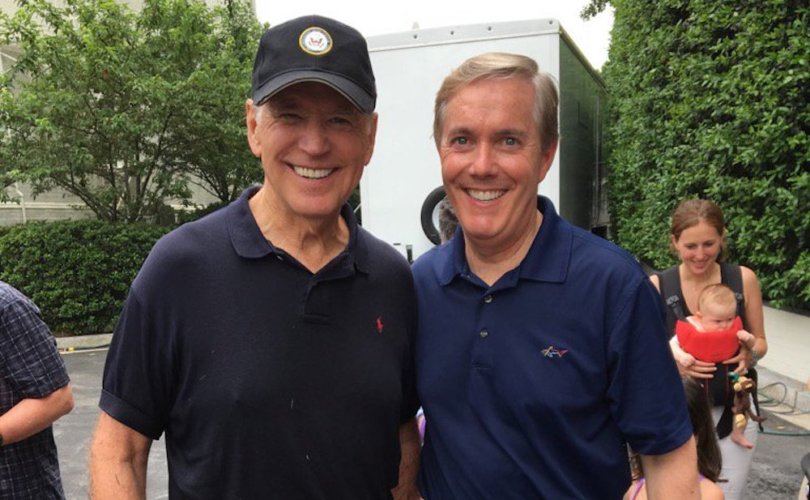 October 2, 2020 (LifeSiteNews) – As much as they disliked Fox News host Chris Wallace’s performance as debate moderator for perceived left-wing bias, conservatives are bracing for the next debate to be even more hostile to President Donald Trump, based on the background of the next moderator, C-SPAN political editor Steve Scully.

Critics have raised doubts that Scully will be objective in light of his background and social media history, starting with his past association with Trump’s opponent, former Vice President Joe Biden.

“I came to school in Washington, D.C., went to American University and had a couple of internships,” Scully said in a 2011 interview. “ I worked for Joe Biden, Senator from Delaware at the time, as an intern, so I had my first chance to really see politics up close in Washington, D.C. I worked for Senator [Ted] Kennedy. I was involved in his ill-fated campaign in 1980, which was interesting; having worked as a high school student in the [President Jimmy] Carter campaign in 1976, I saw from two different perspectives.”

In recent years, Scully has also hinted at an affinity toward Biden and antipathy toward Trump on social media, from selfies with the former vice president to sharing a New York Times op-ed calling Trump “an affront to basic standards of honesty, virtue and citizenship” who “is a threat to the long and glorious experiment of American self-government” and does “not ever” deserve Americans’ respect:

Gotta love the @VP at the Biden Beach Bash '16 pic.twitter.com/Z9gdC6Cmi1

No, Not Trump, Not Ever https://t.co/PFvHTeQSZu

The Trump campaign and various conservatives and Republican groups have complained about the impropriety of employing a debate moderator with connections of any kind to one of the competitors:

This is the guy @debates wants in control of @realDonaldTrump's mic at the next debate. https://t.co/qlUQ9fp44g

You can't make this up

Steve Scully, the moderator for the second presidential debate, was an intern for Joe Biden in 1978

Nothing to see here folks! https://t.co/yrQTdaJRmP

Sen. Ted Cruz (R-TX) echoed those complaints while laying out a potential solution. “General election debates should be moderated by an equal number of GOP and Dems,” he wrote. “We should stop pretending obvious bias doesn’t exist. Instead, equalize & counter-balance it.”

“A debate moderated by, say Mark Levin & Chris Hayes would be better than fake impartiality,” Cruz suggested. “Or Rush Limbaugh & Rachel Maddow. Or Ben Shapiro & Chris Cuomo. Both sides would take incoming & the debates would be real and substantive.”