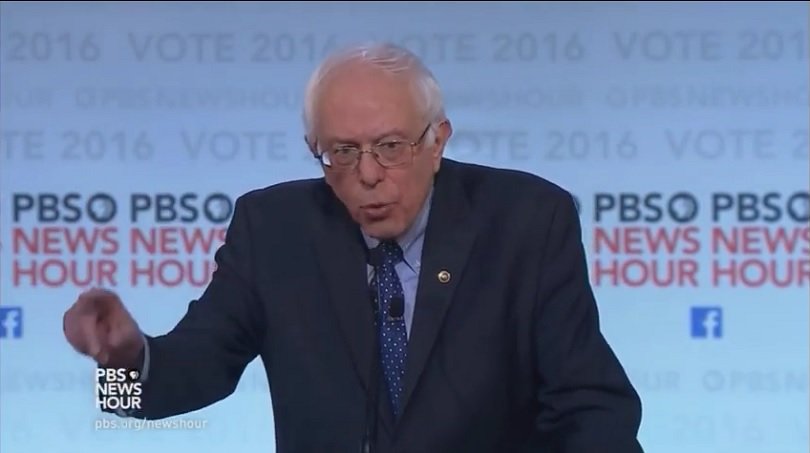 “I think I was radicalized from the day, first day I was born … my dad, is a Marxist” explained Weissgerber, who identifies as a Communist “all about” the “complete seizure” of the private sector by the federal government. “My mom is really left as well, but she can’t make her views known because she works for WBUR, which is NPR, so she’s more held back.”

In the video, Weissgerber can be seen declaring himself “ready to start tearing bricks up and start fighting (…) I’ll straight up get armed, I want to learn how to shoot, and go train. I’m ready for the f***ing revolution, bro … I’m telling you. Guillotine the rich.” He also declared his intention to get an AK-47 tattoo in honor of the Russian-made “destroyer of imperialism and colonization.”

Weissgerber echoes Jurek (Sanders’ Iowa field organizer and the subject of Project Veritas’ previous videos) on a number of points, including a desire to force billionaires to “rebuild our roads, rebuild our dams, rebuild our bridges,” as well as to “send all the Republicans to the reeducation camps.” He also says he’s “serious” about the possibility of dissolving the legislative and judicial branches of the federal government so that someone like “Bernie Sanders and a cabinet of people” can “make all decisions for the climate.”

He goes a step further in declaring the Soviet Union “the most progressive place to date in the world” for “women’s rights” – an assessment at odds with the historical reality that women not only suffered in the gulags alongside men but were often sent there as a means to punish their husbands or fathers. Worse, after imprisonment the state sent mothers’ children away as orphans, often never to be reunited and indoctrinated into despising their parents as class traitors. Female inmates were also raped, in addition to the harms that fell on both sexes.

Yet in Weissgerber’s telling, it was a “beautiful thing” for the gulags to turn people allegedly ill-served by capitalism into willing, fulfilled workers competing to exceed their quotas.

Project Veritas founder James O’Keefe, who teased that there will be “more soon,” also released a follow-up video of one of his reporters requesting a comment on the revelations from Weissgerber and Sanders regional field director Victoria Felder. Weissgerber remained silent, while Felder shouted at the reporter to “get out!” (Another Sanders spokesperson dismissed the previous revelations about Jurek as “political gossip.”)

BREAKING: @PVeritas_Action tried getting a comment from Martin Weissgerber on his way into the Charleston, SC @BernieSanders office today.

Martin remained silent and Field Organizer @VictoriaFelder7 slammed the door screaming “GET OUT!”

RealClearPolitics currently has Sanders, an avowed socialist and ardent abortion supporter, in second place among the Democrat primary field, with 21.6 percent of the vote to former Vice President Joe Biden’s 28.1 percent.