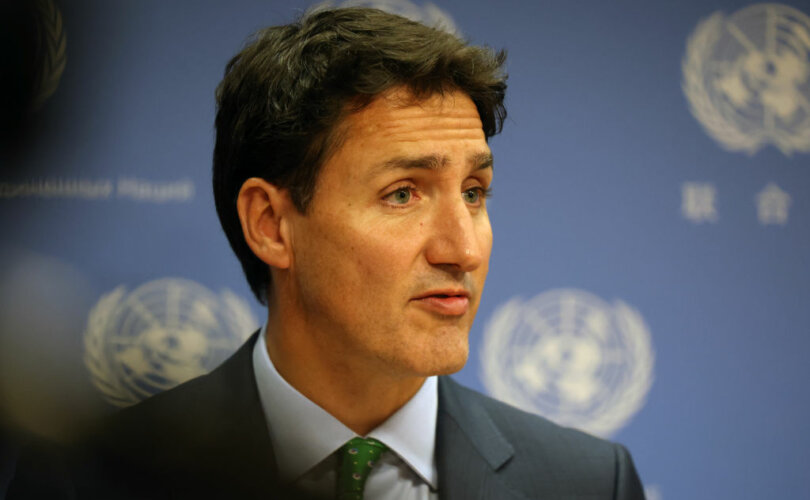 The Public Order Emergency Commission hearings into Trudeau’s unprecedented use of the EA began October 13 and are expected to last six weeks while hearing from at least 65 witnesses, including Trudeau and many in his cabinet.

According to Blacklock’s Reporter, confidential minutes from cabinet meetings show Trudeau had set up “the conversation to discuss two possible tracks” that were “1) actions that could be taken under existing authorities and 2) the process of invoking the Emergencies Act.”

The minutes are dated February 10 and come from an Incident Response Group cabinet meeting that lasted about two hours. At the meeting were 45 people, including Attorney General David Lametti and Royal Canadian Mounted Police Commissioner Brenda Lucki.

Before the EA was enacted, however, top members of Trudeau’s cabinet such as Emergency Preparedness Minister Bill Blair said that extreme emergency measures were not needed, noting that Canada’s Highway Traffic Act was enough to deal with the Freedom Convoy.

Indeed, Trudeau noted February 11 that the police should use “step by step measures to put an end to it.”

Despite this, Trudeau put in place the EA on February 14 to stop the Freedom Convoy.

As per Blacklock’s Reporter, the first time the use of the EA was mentioned in a known document came in a 10-page confidential cabinet meeting minutes that were marked “secret.”

More revealing is that the minutes show that Trudeau was told as many as 95% of protesters were looking to go home because they had tired of the then-three-week-long protest.

Cabinet minutes claim that the lead negotiator from the Ontario Provincial Police said as many as 80% of protesters had weak connections to the Freedom Convoy’s cause.

“The negotiator suggested the leaders of the protest could potentially be encouraged to leave and denounce the blockade in exchange for a commitment to register their message with the government,” the minutes noted.

The minutes also show that “other disincentives” were discussed, but details of those were censored.

The Freedom Convoy gathered in Ottawa to call for an end to all COVID mandates and resulted in some provincial governments, such as Alberta, ultimately dropping vaccine passport programs in place.

During the Freedom Convoy protests, Trudeau said those opposing his measures were of a “small, fringe minority” who hold “unacceptable views.”

While Trudeau ultimately revoked the EA on February 23, many Canadians who supported the Freedom Convoy were targeted by the federal government and even had bank accounts frozen without a court order. Federal police physically removed protesters as well.