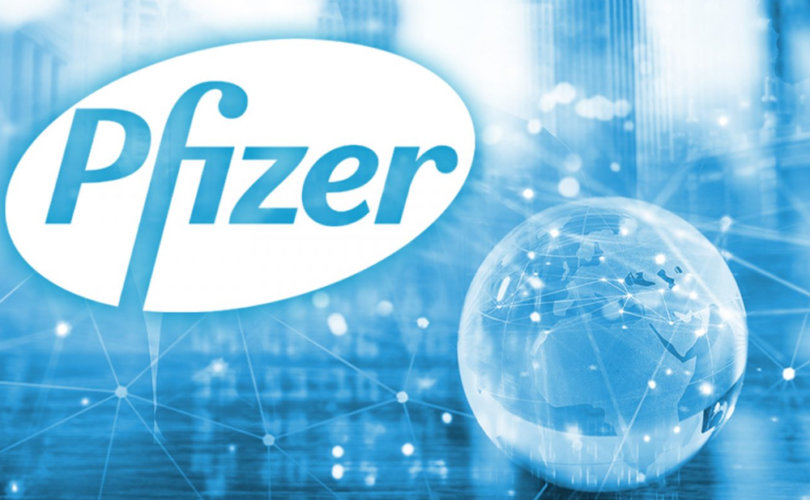 Editor’s note: The details of Pfizer’s contracts could help to at least partly explain the current imposition of draconian COVID-19 vaccine mandates on the Dominican Republic as reported in recent articles.

(Children’s Health Defense) ­– Pfizer has used its position as a producer of one of the leading COVID-19 vaccines to “silence governments, throttle supply, shift risk, and maximize profits” through secret contracts with countries around the world, according to a Public Citizen report published Tuesday.

“Behind closed doors, Pfizer wields its power to extract a series of concerning concessions from governments,” the report’s author Zain Rizvi, law and policy researcher at Public Citizen’s Access to Medicines program, said in a statement. “The global community cannot allow pharmaceutical corporations to keep calling the shots.”

The new report begins by noting February reporting about accusations of Pfizer — an American pharmaceutical giant that developed its mRNA vaccine with the German firm BioNTech — “bullying” Latin American governments during contract negotiations for doses.

Based on those contracts, the report identifies six tactics Pfizer is using to serve the company rather than public health in the midst of a deadly pandemic:

The Brazilian government complained earlier this year that the company insisted on “unfair and abusive” terms but ultimately accepted a contract that “waived sovereign immunity; imposed no penalties on Pfizer for late deliveries; agreed to resolve disputes under a secret private arbitration under the laws of New York; and broadly indemnified Pfizer for civil claims.”

Brazil also agreed to a nondisclosure provision similar to those found in contracts with the European Commission and the U.S. government.

Again using Brazil as an example, the report points out that the South American nation must first get a go-ahead from Pfizer to accept donations or buy its vaccines from others. The country is also barred from “donating, distributing, exporting, or otherwise transporting the vaccine outside Brazil without Pfizer’s permission.”

Pfizer secured an “IP waiver” for itself

Pfizer CEO Albert Bourla “has emerged as a strident defender of intellectual property in the pandemic,” the report says, noting his opposition to a proposal that members of the World Trade Organization who signed on to the Agreement on Trade-Related Aspects of Intellectual Property Rights (TRIPS) waive IP protections for COVID-19 vaccines and treatments during the crisis.

While the U.K. contract requires that disputes are settled by secret panel of three private arbitrators under the Rules of Arbitration of the International Chamber of Commerce, the report says, “the Albania draft contract and Brazil, Chile, Colombia, Dominican Republic, and Peru agreements require the governments to go further, with contractual disputes subject to ICC arbitration applying New York law.”

Pfizer can go after state assets

“Pfizer required Brazil, Chile, Colombia, the Dominican Republic, and Peru to waive sovereign immunity,” the report highlights, detailing that the doctrine can sometimes protect states from companies trying to enforce decisions reached by the previously noted secret arbitral panels. Some of the contracts enable the company to “request that courts use state assets as a guarantee that Pfizer will be paid an arbitral award and/or use the assets to compensate Pfizer if the government does not pay,” according to Public Citizen.

“What happens if there are vaccine supply shortages? In the Albania draft contract and the Brazil and Colombia agreement, Pfizer will decide adjustments to the delivery schedule based on principles the corporation will decide” the report notes, concluding that “under the vast majority of contracts, Pfizer’s interests come first.”

According to the group, the Biden administration can “call on Pfizer to renegotiate existing commitments and pursue a fairer approach in the future” as well as “further rectify the power imbalance by sharing the vaccine recipe, under the Defense Production Act, to allow multiple producers to expand vaccine supplies.”

The U.S. administration “can also work to rapidly secure a broad waiver of intellectual property rules,” the report adds, declaring that “a wartime response against the virus demands nothing less.”

In response to Public Citizen’s report, Sharon Castillo, a spokesperson for Pfizer, told The Washington Post that confidentiality clauses were “standard in commercial contracts” and “intended to help build trust between the parties, as well as protect the confidential commercial information exchanged during negotiations and included in final contracts.”

Castillo also said that “Pfizer has not interfered and has absolutely no intention of interfering with any country’s diplomatic, military, or culturally significant assets,” adding that “to suggest anything to the contrary is irresponsible and misleading.”

“Most of us have sacrificed during the pandemic; staying distant to protect family and friends,” Maybarduk said Tuesday. “Pfizer went the other way, using its control of scarce vaccines to win special privileges, from people that have little choice.”