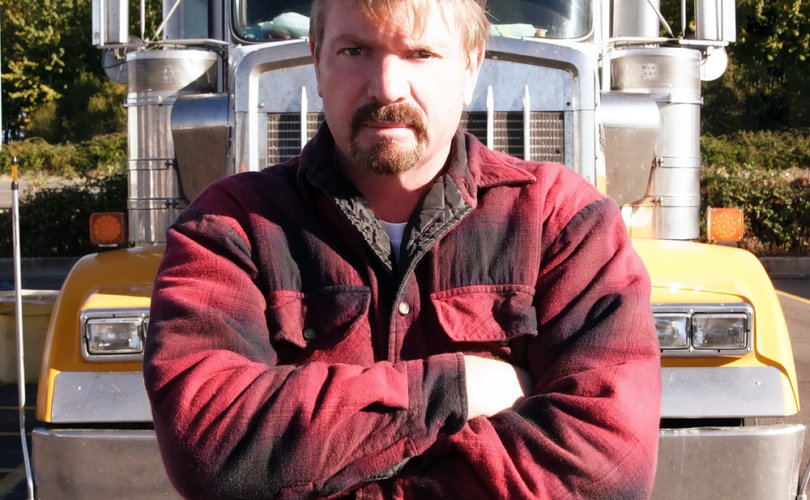 WASHINGTON, D.C. (LifeSiteNews) — The American truckers’ People’s Convoy has come to nation’s capital to demand an end to the state of emergency declared by the federal government at the start of the COVID pandemic two years ago.

The People’s Convoy set out from Adelanto, CA last month and reached an estimated 30 miles in length before halting outside the capital on March 5. The convoy draws its inspiration from the Canadian truckers’ Freedom Convoy that descended on Ottawa in January to protest the vaccine mandates’ violations  of Canadian freedoms and constitutional rights.

The People’s Convoy, based now in Hagerstown, MD, and Dominion Raceway, just outside of D.C., has been circling the District along the Beltway twice each day since Sunday, slowing down traffic, honking horns, and flying the American flag to draw attention to the protest. The convoy is currently made up of about 2,000 vehicles, including several hundred trucks, according to local news reports.

The convoy’s official February 20 press release states that, “the truckers and blue-collar workers of the United States will be joined by freedom-loving supporters from all walks of life – frontline doctors, lawyers, first responders, former military servicemen and women, students, retirees, mothers, fathers and children – on this peaceful and law-abiding transcontinental journey toward the east coast.”

“This convoy is about freedom and unity,” the press release explains. “The truckers are riding unified across party and state lines and with people of all colors and creeds.”

Some truckers plan to enter D.C. proper this week to drive by the White House, but only “select trucks” will do so, The Republic Brief reported.

“D.C., the government, whomever, can claim that they have all this opposition for us waiting in D.C.,” one of the organizers of the convoy told the New York Post.

“But that flag on the back of my truck will go down to Constitution Avenue between the White House and the Washington Monument.”

The convoy is cooperating with local police to avoid any conflicts. Those wishing to join the convoy can find their route from Hagerstown on their official Facebook page.

To support the convoy, please visit their website: www.ThePeoplesConvoy.org.