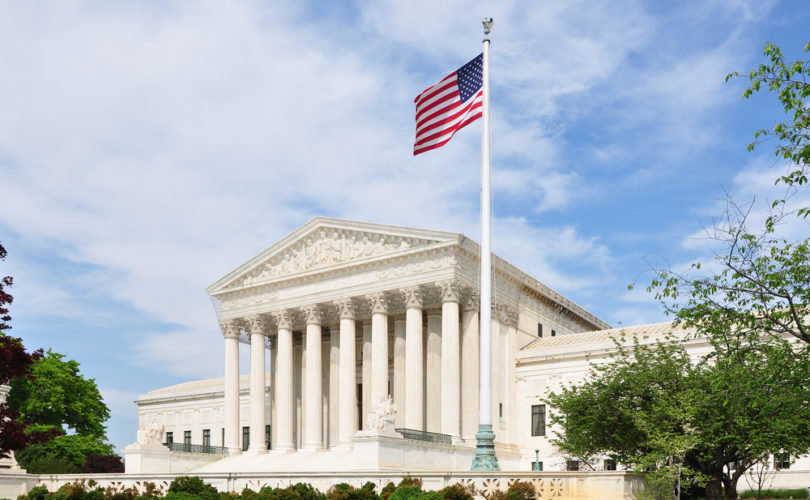 Educators are concerned that tax-exempt status will be taken away from schools that support traditional marriage as between one man and one woman.

The letter urges Congress to pass legislation which protects the tax-exempt status of Christian seminaries. “We urge support for the Government Non-Discrimination Act, which would ensure that the federal government cannot discriminate or take action against private entities because they act in accordance with a moral or religious belief that marriage is between a man and a woman,” the letter reads.

The Government Non-Discrimination Act had over 100 House and Senate co-sponsors when introduced in the 113th Congress, and will be introduced again in the 114th Congress by Sen. Mike Lee, R-UT. The “discrimination” referred to is government action against Christian schools and seminaries which teach the biblical view of marriage as between one man and one woman.

The letter expresses concern with other implications of a potential Supreme Court finding that gay “marriage” is a civil right. “Christian institutions that offer student or constituent housing could be mandated to provide such [accommodations] to same-sex couples,” the letter reads. Christian institutions will “be required to recognize same-sex marriage benefits as well if the Court redefines marriage.”

The signatores explained that their concern is well-founded. “Our concern is grounded in comments made by U.S. Solicitor General Donald Verrilli in response to a question from Supreme Court Justice Samuel Alito during oral arguments.” In that April 28 exchange, Verrilli admitted that traditional marriage-supporting institutions losing tax-exempt status “is certainly going to be an issue.”

“The implications of such a stance are far-reaching and would affect religious schools from grades K-12, colleges and universities, theological seminaries and graduate schools, and any other religious-or non-religious-based educational institution in the United States that holds to natural marriage,” the letter warns.

The letter notes another exchange in Supreme Court oral arguments in which Chief Justice John Roberts asked Solicitor General Verrilli if a religious school that has married housing would be required to house same-sex couples, and Verrilli admitted the possibility.

The seminary presidents predicted that losing tax-exempt status “would constitute a devastating and dangerous blow to free religious belief and practice in a nation founded upon” the freedom of religion.

According to the U.S. Department of Education, there are more than 1,700 religiously affiliated colleges and universities in the U.S. There are also 29,000 Christian preschools, elementary and high schools, all of which will be affected by the Supreme Court decision, which is expected later this month.

Religious Liberty Director Travis Webber of the Family Research Council, which initiated the letter, said the government is “on the verge of excluding these schools from the public square and effectively eliminating the entirety of their good work simply because they believe marriage is between a man and a woman.”

Keith Wiebe of the American Association of Christian Schools, which represents over 800 schools and 100,000 students, summarized, “We strongly believe and teach that marriage is between one man and one woman. These beliefs require the freedom to hire as we choose based on these beliefs.”

In the case of Bob Jones University v. United States (1983), the Supreme Court ruled that the free exercise of religion clause of the First Amendment did not prohibit the IRS from revoking the tax-exempt status of a religious organization whose practices are contrary to a compelling government public policy.

If the Supreme Court constitutionalizes homosexual “marriage,” it becomes “compelling government public policy.” That means any group that does not recognize gay marriage will be subject to government sanctions.

This could also apply to churches, which are exempt from property taxes. Losing tax-exempt status involves not only losing tax deductions for donors, but also involves requiring churches to pay property taxes and potentially even income taxes.

The Acton Institute's Joe Carter explains, “It’s not merely that Christian schools will have to choose between accepting federal funds and keeping their religious views about sexuality… what it being proposed is to revoke non-profit status, a move that would destroy many schools. According to the IRS, if an organization’s tax-exempt status is revoked it is no longer exempt from federal income tax and is not eligible to receive tax-deductible contributions.”

For religious non-profits, paying property and income taxes, along with diminshing revenue from lost deduction status, would be cost-prohibitive. Most churches would be forced to close.

Rev. Al Mohler, president of Southern Baptist Seminary, notes, “The loss of tax-exempt status would put countless churches and religious institutions out of business, simply because the burden of property taxes and loss of charitable support would cripple their ability to sustain their mission.”

Most religious schools and colleges would also shut their doors, unable to pay business taxes.

Further possible repercussions include universities no longer accepting diplomas from Christian high schools that support natural marriage. Or job applicants being excluded from consideration because they believe marriage is the union of a man and a woman.

If gay “marriage” is found a constitutional right, the federal government could potentially defund faith-based charities.

With same-sex “marriage” seen as the “new civil rights issue,” government contracts could be withheld from corporations led by traditional Christians, who will be seen as the “bigots” opposing civil rights.