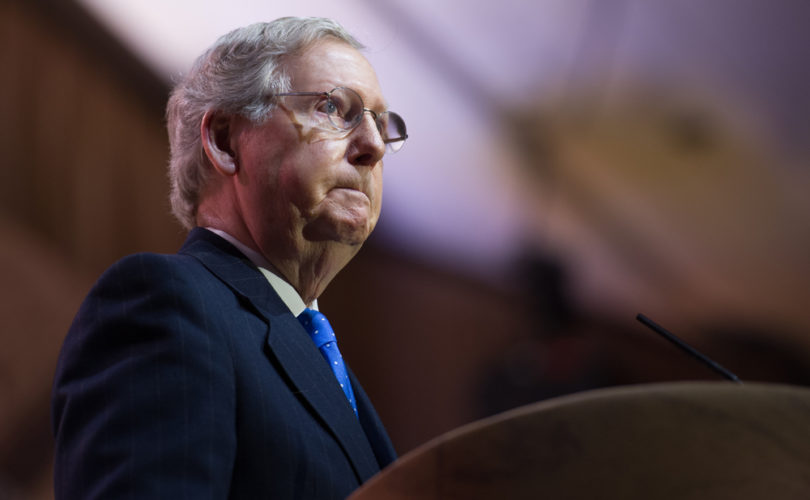 Speaking on WYMT TV, Senate Majority Leader Mitch McConnell, R-KY, said, “The president’s made it very clear he’s not going to sign any bill that includes defunding of Planned Parenthood, so that’s another issue that awaits a new president, hopefully with a different point of view about Planned Parenthood.”

“We just don’t have the votes to get the outcome that we’d like,” he said. “Again, the president has the pen to sign it. If he doesn’t sign it, it doesn’t happen. But, yeah, we voted on that already in the Senate, we’ll vote on it again, but I would remind all of your viewers the way you make a law in this country, the Congress has to pass it and the president has to sign it.”

McConnell's comments came despite pressure from Senators and Representatives alike, as well as pro-life groups, who want Republicans to make defunding a priority.

Jordan and others have pushed GOP leaders to attach defunding efforts to must-pass pieces of legislation, such as a highway bill earlier this summer and the upcoming Continuing Resolution to keep the federal government running. GOP leaders have generally opposed this strategy, which has created a schism within the party.

Conversely, Democrats have been largely united. Leaders and rank-and-file members in both parties have generally supported taxpayer funding of the abortion giant, despite the possibility of illegal abortions being done to illegally harvest fetal organs and other body parts.