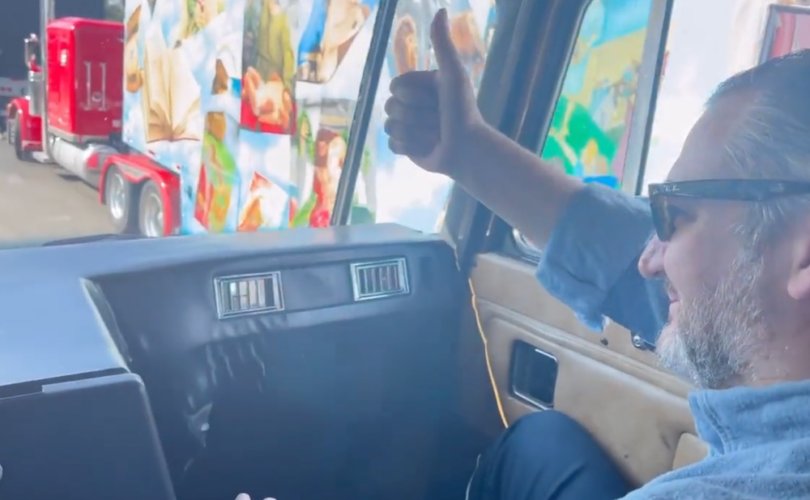 Cruz joined the convoy on Thursday morning at Hagerstown Speedway in Maryland, where he addressed participants and even climbed aboard one of the trucks for a ride.

Thank you to every trucker who is standing up for freedom for every man, woman, and child in America! pic.twitter.com/DJeoHtWEXy

After setting off from California on February 23, the U.S. “People’s Convoy” crossed the continental United States, reaching the nation’s capital on March 5.

Upon reaching the outskirts of Washington, D.C., the convoy circumvented the city and began continuously traveling the Washington Beltway, honking their horns, waving American flags, and slowing down traffic.

Participants say they’re “not going anywhere,” and will continue driving the 64-mile loop daily until “politicians hear our stories.”

According to the convoy’s website, the group hopes to push the U.S. government to drop all remaining COVID measures and revoke the federal state of emergency declared in response to the pandemic.

Last month, U.S. President Joe Biden extended the national state of emergency regardless of the fact that many Democrat leaders throughout the country have rapidly moved to scrap mask and jab mandates and other pandemic-related controls in recent weeks and months.