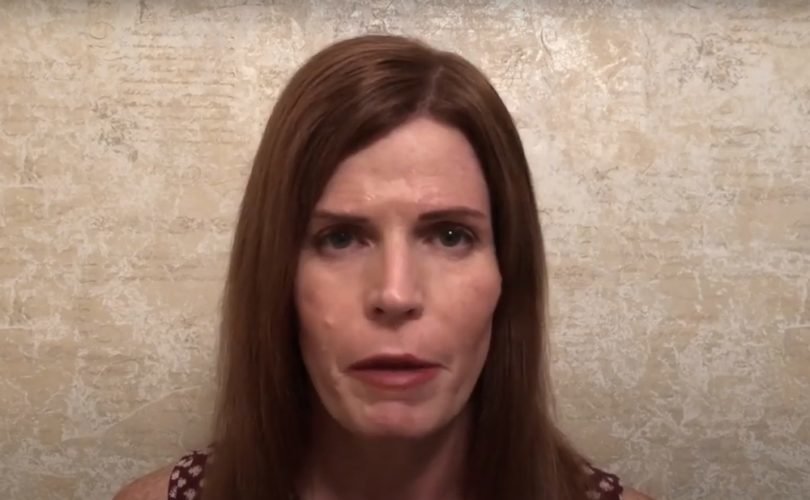 WASHINGTON, D.C., July 27, 2021 (LifeSiteNews) – The U.S. Senate has confirmed an open lesbian and a gender-confused man to two top military positions, becoming the first LGBT appointees to the positions in American history.

On Thursday, Gina Ortiz Jones and Shawn Skelly were approved for their new positions by unanimous consent, the Washington Examiner reported. Ortiz Jones is a lesbian who will serve as the undersecretary of the Air Force. Shawn Skelly, a man who believes that he is a woman, was appointed as the assistant secretary of defense for readiness.

An Iraq War veteran with 15 years’ military experience, Jones is officially the first known lesbian to serve as the undersecretary of any military branch. She previously served as a national economic security adviser under the Obama and Trump administrations.

Congratulating Jones on her new position, Acting Secretary of the Air Force John Roth claimed that “she is the ideal person to advocate for the well-being of our Airmen, Guardians and their families.”

Skelly, meanwhile, is a 20-year Navy veteran and co-founder of Out in National Security, an advocacy group for LBGT people in the national security field. He is now the highest-ranking openly “transgender” defense official in the country’s history. In 2013, Skelly was confirmed as assistant to the undersecretary of defense for acquisition, technology, and logistics in the Department of Defense.

Skelly follows in the footsteps of Richard “Rachel” Levine, the first openly “transgender” official to be confirmed by the Senate. Confirmed in March as the Biden administration’s assistant secretary to the Department of Health and Human Services, Levine was a controversial appointee for his personal gender confusion, for his outspoken support of “gender affirmation” and “sex reassignment” treatment for minors, and for his handling of COVID-19 as the Pennsylvania Secretary of Health.