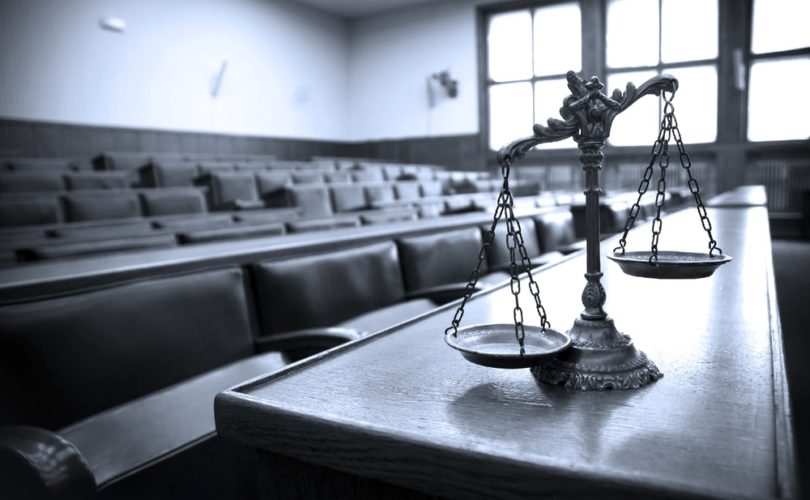 WASHINGTON, D.C., August 6, 2019 (LifeSiteNews) – Judge Mary Rowland is the latest of President Donald Trump’s judicial nominees confirmed by the U.S. Senate, though her background offers anything but confidence to his social conservative supporters.

Rowland, a federal magistrate judge in Illinois who spent 12 years in private practice and 10 years in the Chicago federal defender’s office, was Trump’s nominee to the U.S. District Court for the Northern District of Illinois. She stands out among the rest of the president’s selections for being an open lesbian who is “married” to a woman and has two adult children.

The Senate confirmed Rowland by voice vote last week, the Washington Blade reports, meaning no Republicans opposed her. Democrat Sens. Dick Durbin and Tammy Duckworth of Illinois praised the smoothness of the process leading to her confirmation.

The Reporter also notes that Rowland “has worked on several Democratic campaigns,” further suggesting opposition to the various policy stances and legal views for which voters elected Trump.

Rowland isn’t the only gay jurist with a questionable professional background Trump has nominated. Last fall he announced the nomination of U.S. Attorney Patrick Bumatay to the Ninth Circuit Court of Appeals. Bumatay is a member of the Tom Homann LGBT Law Association, an organization dedicated to the “advancement of gay, lesbian, bisexual and transgender issues throughout California and the nation.”

The Homann Association has staked out a number of left-wing positions, including disappointment that the Supreme Court upheld Christian baker Jack Phillips’ right to refuse to make a cake for a same-sex “wedding,” and “unequivocally denounc[ing]” the Trump administration’s ban on transgender military service.

President Trump’s record on LGBT issues is mixed. In addition to the trans troop ban, the administration has protected women from having to share close quarters such as homeless shelters with men claiming to be transgendered, moved to define sex based on strictly biological criteria, and made religious freedom a priority.

At the same time, Trump has also appointed a variety of pro-LGBT officials to government posts, continued Obama-era pro-LGBT policies such as supporting international recognition of homosexual relations at the United Nations Human Rights Council, and has declared that same-sex “marriage” is “settled law.”