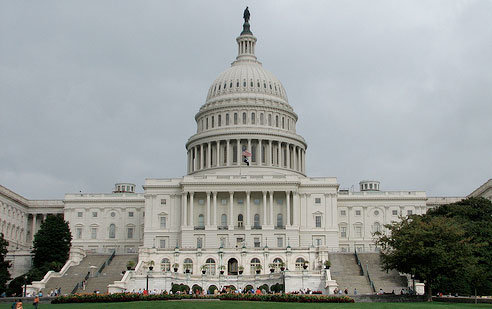 Bumatay has garnered headlines as an openly homosexual judicial nominee selected by a Republican president, but less attention has been placed on his membership in the Tom Homann LGBT Law Association, an organization dedicated to the “advancement of gay, lesbian, bisexual and transgender issues throughout California and the nation.”

The Homann Association has staked out a number of left-wing positions, including disappointment that the Supreme Court upheld Christian baker Jack Phillips’ right to refuse to make a cake for a same-sex “wedding,” and “unequivocally denounc[ing]” the Trump administration’s ban on transgender military service. Yet despite the association’s stances being at odds with the GOP base as well as the Trump Administration, Senate Republicans have shown little concern that Bumatay might share its views.

Such concerns are particularly critical on the Ninth Circuit, a notoriously liberal court whose record includes blocking the transgender troop ban, a string of decisions favorable to Planned Parenthood’s lawsuit against pro-life undercover investigators, and banning prayer at local school board meetings.

Trump’s judicial nominees have overwhelmingly pleased pro-life and conservative groups, including among the so-called #NeverTrump faction of center-right figures who have otherwise opposed the president. But not all of his nominees, which have largely been recommended by the conservative Federalist Society, have been reliable conservatives.

Bumatay is not the president’s only homosexual judicial nominee who belonged to a left-wing LGBT organization. In August, the Senate confirmed Illinois Magistrate Judge Mary Rowland to serve on the U.S. District Court for the Northern District of Illinois. An open lesbian in a same-sex “marriage,” Rowland was a member of Lambda Legal Defense and Education Fund, which called Justice Neil Gorsuch “dangerous” for defending Hobby Lobby’s conscience rights, has sued to attempt to force Catholic Charities to place children in lesbian foster homes, and sued Arizona over a law banning pro-LGBT prosyletizing in HIV/AIDS education.