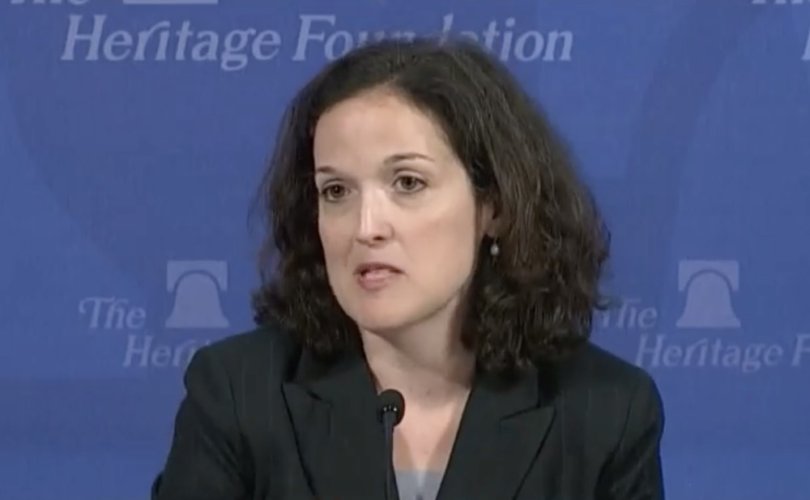 Pitlyk, who serves as special counsel with the socially conservative Thomas More Society, has worked against pro-abortion laws. She was also part of the defense team for Center for Medical Progress head David Daleiden in Planned Parenthood’s case against him for exposing the abortion giant’s sale of organs from aborted babies.

During her confirmation hearings, her left-wing critics have attacked Pitlyk as unqualified and seized on her opposition to assisted reproductive technology such as in vitro fertilization (IVF), which she argues has “grave effects on society, including diminished respect for motherhood and the unique mother-child bond; exploitation of women; commodification of gestation and of children themselves; and weakening of appropriate social mores against eugenic abortion.”

The sole Republican to vote against Pitlyk was pro-abortion Sen. Susan Collins of Maine, who claimed the nominee “does not have sufficient experience to receive a federal district court appointment.” She suggested Pitlyk’s “pattern of strident advocacy” raised doubts as to “whether she could put aside her personal views” on life issues. Collins did not endorse President Donald Trump’s last Supreme Court nominee, Brett Kavanaugh, until she was satisfied he would defer to the “precedent” of Roe v. Wade.

“Ms. Pitlyk is a towering intellect, a supremely capable lawyer, and a strong Constitutional conservative,” Thomas More executive vice president Andrew Bath said in response to her confirmation. ”She’s done terrific legal work over the years on some of the Thomas More Society’s biggest cases, and that, together with her service as a law clerk for now U.S. Supreme Court Justice Brett Kavanaugh has prepared her well for her time on the bench.”

“Sarah Pitlyk will be a fair and wise federal judge who will bring honor and distinction to the federal judiciary and make the president who nominated her and the Senate that confirmed her proud,” Bath continued.

“We congratulate Sarah Pitlyk on her well-deserved confirmation and are confident she will serve with distinction on the federal bench,” Dannenfelser said today. “With her world-class education, extensive legal expertise, and commitment to fairness and integrity, we are pleased to see Ms. Pitlyk prevail over partisan obstruction. We thank President Trump for choosing another exceptional nominee, as well as Leader McConnell and our Senate allies for their tireless work to get the President’s judges confirmed.”

For pro-life activists, judicial nominees have been one of the highlights of Trump’s presidency. Trump’s nominees have flipped multiple federal appeals courts to Republican-appointed majorities.