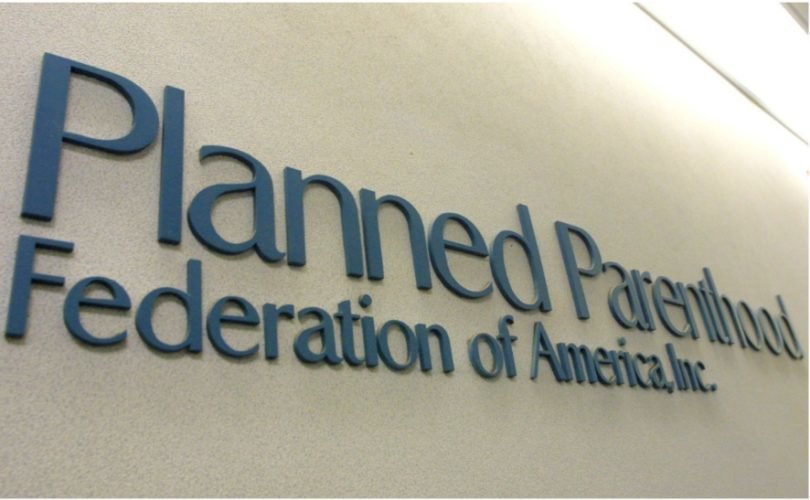 WASHINGTON, D.C., September 24, 2015 (LifeSiteNews) – The Republican-controlled Senate voted this afternoon against a Continuing Resolution that would have defunded Planned Parenthood for one year.

Eight Republicans and one presidential hopeful – Sen. Rand Paul – voted against the measure.

The Continuing Resolution would have funded the federal government through December 11 but redirected $235 million of taxpayer dollars away from the abortion provider to federally qualified health centers, instead.

The moratorium, suggested by Rep. Diane Black, would give Congress time to investigate allegations that Planned Parenthood illegally harvests and sells the organs of aborted babies.

Senate Majority Leader Mitch McConnell said, in light of Pope Francis' unifying speech in the Capitol this morning, everyone could agree that undercover video footage of Planned Parenthood was scandalous.

“Let us also agree that a scandal-plagued organization should be place on leave without pay, and to use the money to fund women's health,” he said. “I'm calling on my colleagues across the aisle to join us in standing up against a shutdown.”

But it was members of his own party who killed the measure.

Unlike other pro-life bills that have been defeated by a Democratic filibuster, the Continuing Appropriations Resolution of 2016 did not receive a majority of votes in the Republican-controlled Senate, failing by a final vote of 47-52. (See how your senator voted below.)

Pro-life Democrat Joe Manchin of West Virginia voted yes while others who describe themselves as pro-life – Bob Casey of Pennsylvania and Joe Donnelly of Indiana – voted no.

“Today’s failed show vote shows that [Majority] Leader McConnell and Speaker [of the House John] Boehner are unwilling to fight for a practical solution that funds the government and redirects funding for Planned Parenthood,” said Dan Holler, a spokesman for Heritage Action for America.

Sen. Ayotte had been outspoken in her efforts to avoid a promised government shutdown if Congressional Republicans do not pass a bill acceptable to Democratic senators and President Obama by October 1, demanding that opponents show her their “strategy for success.”

President Obama's spokesman, Josh Earnest, has highlighted “the president’s opposition to any effort to wholesale defund Planned Parenthood,” promising a veto that would require two-thirds of Congress to override.

Karl Rove, George W. Bush's closest adviser and a major player in GOP politics ever since, wrote in an op-ed for the Wall Street Journal yesterday that a government shutdown would be a “disaster for the pro-life cause,” because it would dim Republicans' electoral hopes in the 2016 elections.

Rove wrote that those who favor the tactic – whom he dubbed “the GOP’s suicide caucus” – were actually “unwitting allies of the abortion movement.”

But proponents of forcing the president to veto bills that don't fund abortion providers say it is people like Rove and Republican Congressional leadership who have been a disaster for the unborn.

“The position of Republican leadership boils down to this: They will support 100 percent of the priorities of Democrats,” said Sen. Ted Cruz, a 2016 presidential hopeful who voted for the CR today.

He called Obama's position that Congress must not only fund “100 percent” of the government but also give “$500 million to Planned Parenthood, a private organization,” a “radical and extreme position.”

In the case of a government shutdown, not all elements of the federal government actually close, but “non-essential” employees are placed on leave. For instance, the IRS would also have to furlough 90 percent of its employees in the event of a legislative impasse.

For some, averting a government shutdown was not their stated purpose in opposing the measure.

Sen. Rand Paul said the bill added too much debt, because it freezes government spending levels established by the government sequester. “Spending at the levels in this bill will add $400 billion more new debt this year,” he said. “While I support all efforts to stop federal funding of Planned Parenthood, this bill is a clear representation of business as usual in Washington – too much spending and too much debt. The American people deserve better.”

Sen. Tom Cotton told LifeSiteNews that the sequester level was also a problem – because its defense spending level is too low, something that national security hawks say imperils our nation in a world in turmoil.

“As the budget debate advances, I will continue to advocate for our troops and a defense budget necessary to protect our national security,” Sen. Cotton told LifeSiteNews. “Likewise, I will continue to protect the unborn as I have in the past by voting for the defunding of Planned Parenthood and the Pain-Capable Unborn Child Protection Act and sponsoring the Born-Alive Abortion Survivors Protection Act.”

Just minutes before the vote, Sen. Cotton tweeted his supporters to read his latest op-ed, “We Must Do More to Protect the Unborn.”

READ my Op-Ed in the @TheSunJonesboro “We Must Do More to Protect the Unborn” https://t.co/qfNt7bN4eN

It is unclear where the Senate will go from here. However, McConnell has repeatedly stated his hopes to avoid a shutdown by introducing a “clean” government funding bill – a position that outrages much of his party's base.

Family Research Council President Tony Perkins said, “The allegations against Planned Parenthood Federation of America are so disturbing that it behooves Congress to make every effort to protect taxpayers from having to fund the largest abortion provider in America. Planned Parenthood is being investigated for serious criminal offenses including possible violations of the federal ban on partial-birth abortion and the killing of babies born alive.”

“Conservatives must pledge to vote no on any spending bill that includes funding for Planned Parenthood,” Holler agreed.

Citing numerous Congressional investigations into Planned Parenthood and other pro-life bills – many of which have been stymied by Democratic filibusters – Sen. John Cornyn of Texas said after the vote that the Senate would continue to pursue pro-life measures.

“This fight, the fight that Pope Francis talked about, the fight for life, is far from over,” he said. “It does not end with this one vote.”

The office of Sen. Paul did not immediately respond to our requests for comment.